There were fine performances from Clonliffe athletes at this weekend`s Dublin Juvenile Indoor Championships held at the NIA Abbotstown.  The championships of course commenced last weekend with the Even age relays, and continued on Friday evening with Uneven age relays. Unfortunately the Clonliffe teams on the night finished out of the medals, however, in the field events the first gold of the weekend was won by Jomas Norvaisas as he won the boys U/15 Shot with a best of 12.78m.

Saturday saw Lauren Carr win U/19 400 gold with a very good race as she squeeze by on the inside lane on the final bend. Both Rebecca Fitzsimons and Rapha Diamond Ebbs qualified for the U/18 400 final to be held later that afternoon. In the final however both were involved in a bit of argie bargee at the break and unfortunately crash out. Seamus Farrell placed 5th in the boys U/19 400 final.

In the 1500 there was again more success for the club with Craig Giles comfortably winning the U/19 title (4.09), Jordan Byrne had a solid race in 5th place. Ben Guiden ran well in the U/18 to take bronze (4.21), bronze also for Daragh Cartner in the U/17 race and the bravery award to Dermot Buckley who had a real go of it in this race going out hard from the gun and giving the field a right scare.

The girls U/16 race saw very good runs from the Clonliffe due with Aoife Hession 3rd and Alana Fitzsimons 4th, both qualifying for Nationals, a slight problem in this race as a counting error from the officials had the field race a lap short. In the U/17 race Abbey Sheehy ran so well for bronze that she just didn`t want the race to end! A very good run also in this by Sarah Bateson as part of her Leinster Cross Country build up in 6th place, Vicky McDonald placed in 10th. Tess Loftus had a good day in her first indoor race placing 5th U/18.

In the sprints both Holly Roche and Alex Twomey qualified for the U/16 final where Alex took bronze and Holly placed 5th. Sally Somula was once again the star Clonliffe sprinted winning 60m gold in U/15. In the high jump Jonas Nyberg took bronze. 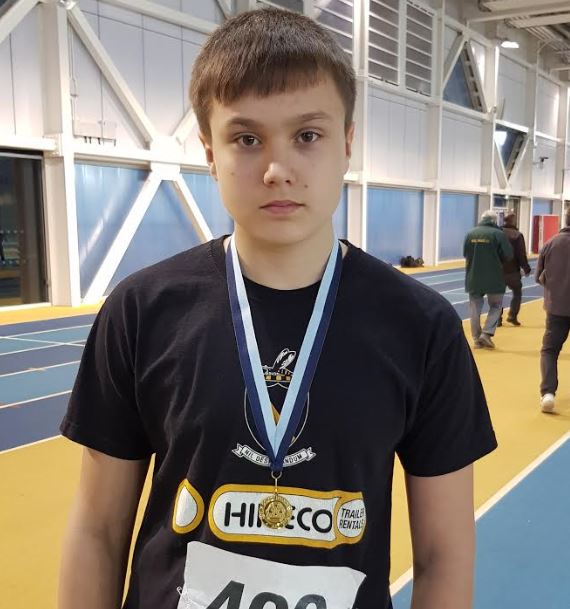 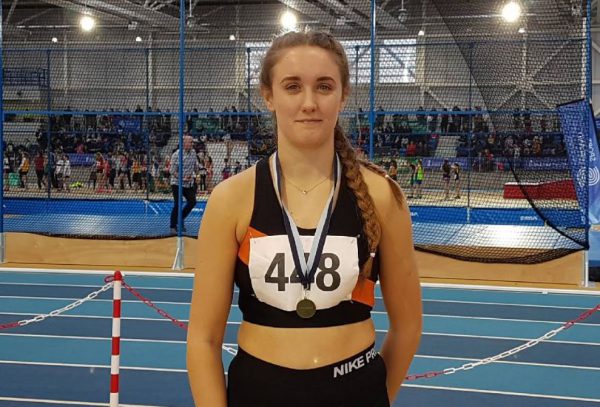 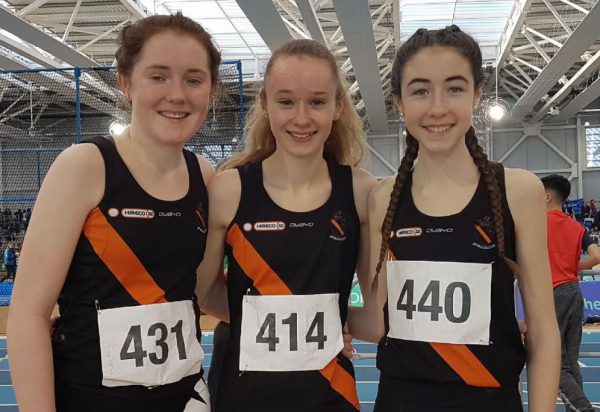 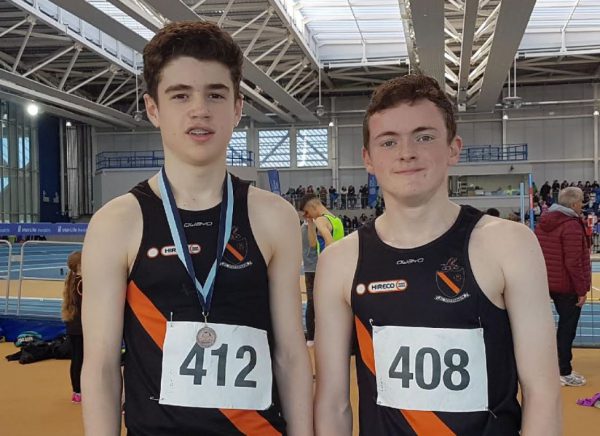 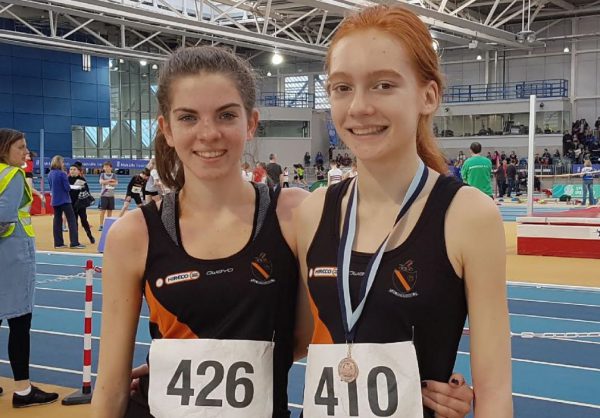 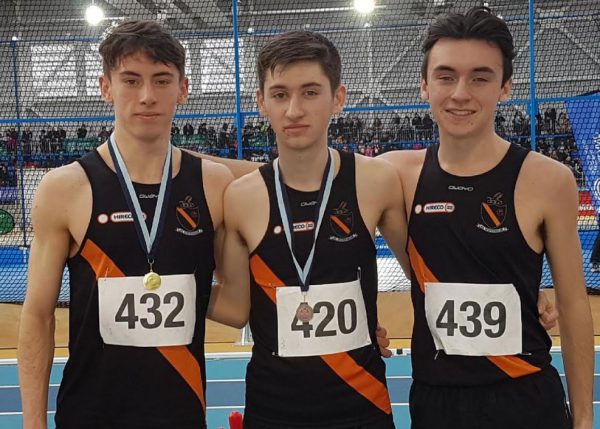 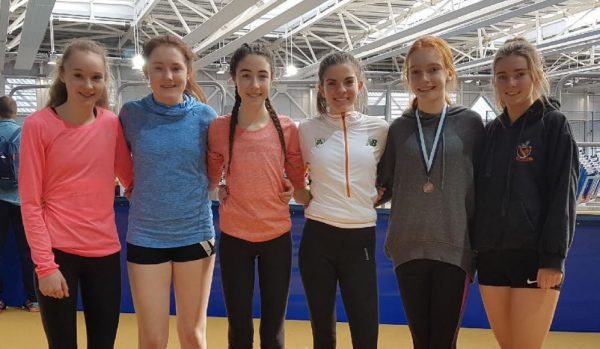 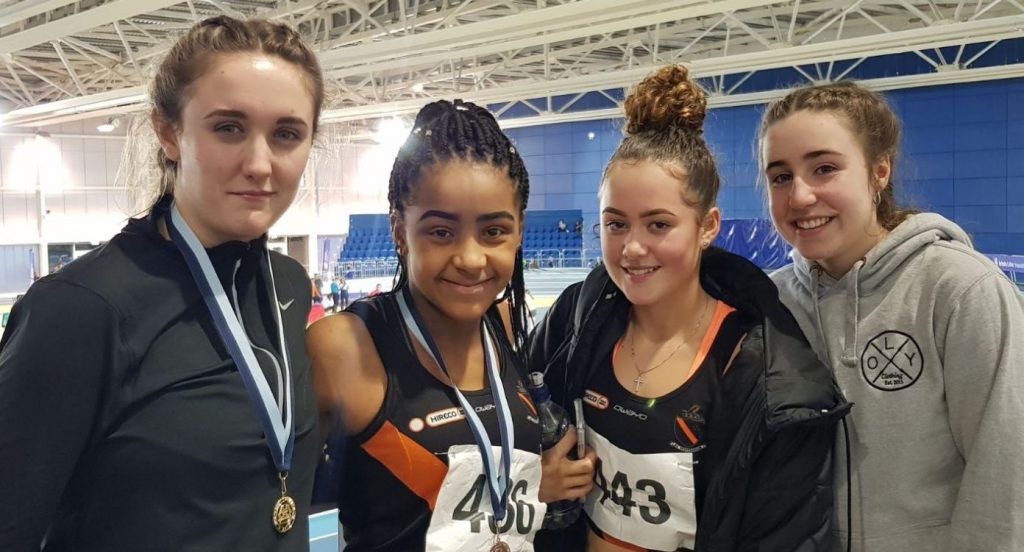 Sunday the 11th, final day of the Dublin Juvenile Indoor Championships and again so fine performances indeed from the club`s athletes. Starting off with the field events where Blaise Carroll was the bronze medal winner in the girls U/16 long jump (4.51m). Christain Bosnzak was 2nd in the U/17 long jump with a fine 5.36m and Emma McDonnell took gold in the U/16 high jump (1.48m).

In the 800 Craig Giles made it a U/19 middle distance double as he won front the front in a time of circa 1.56. Seamus Farrell was 8th in this race. Hannah Browne took her 3rd Dublin 800 title in succession winning the U/19 800 in 2.25, again from the front, with Lauren Carr, the 400 champion from yesterday, 2nd. Cliona Cooley was 4th.

In the sprints there were two medals taken by the Clonliffe girls in U/16 200, Emma McDonnell taking her 2nd win of the day, with Alex Twomey 3rd. In the U/18 200 final a great Clonliffe battle saw Rebecca Fitzsimons take bronze with Rapha Diamond ebbs 4th and Jessica Dedeku 5th.

Alex Lapey took the Dublin title in the girls U/18 60H.

In the U/12 600m final Sarah McDonnell was 7th after winning her heat. Christian Finn was 6th in the U/13 final having also won his heat earlier in the day. Jonathan Fitzsimmons was 4th in the U/14 800 final having ran very well but was boxed in early and led for a long time but faded in the last 100. Cillian Sheerin was 10th  in the U/15 boys final having put in a great effort in his heat to make the final. 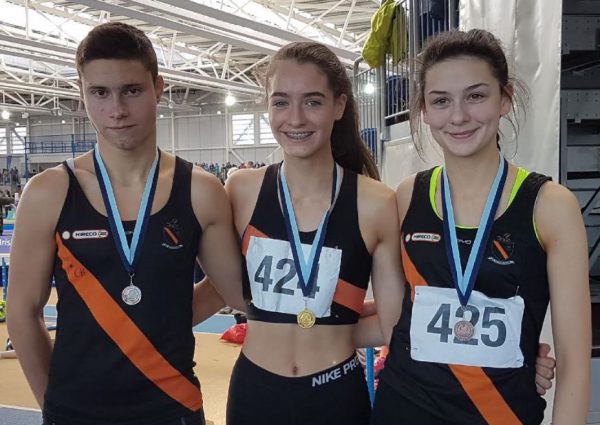 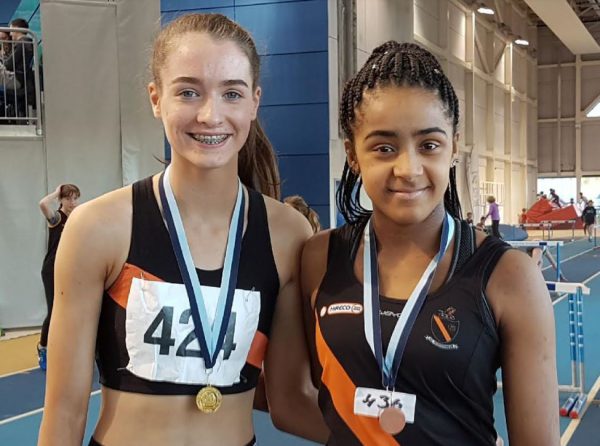 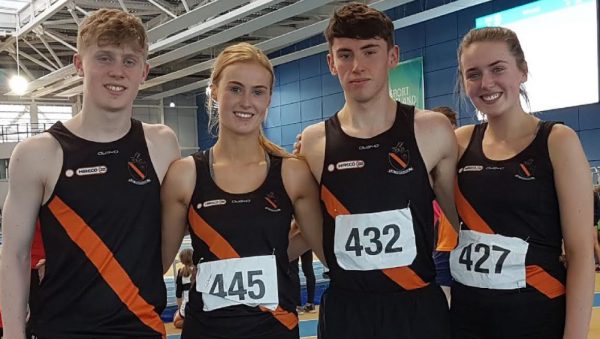 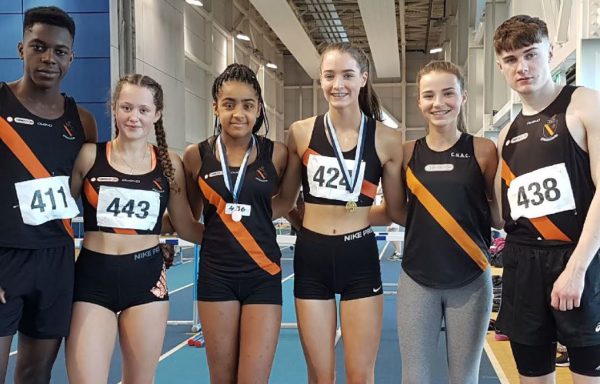 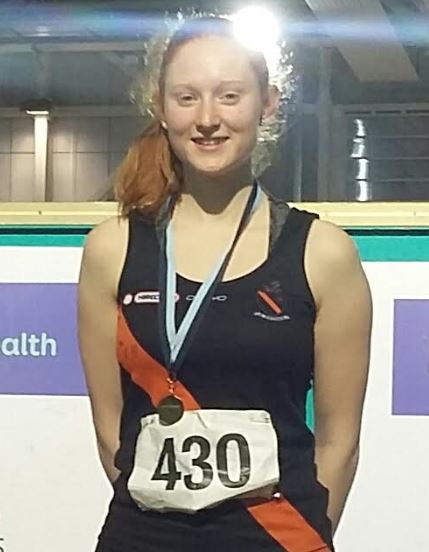