Eugenia Bateson reports on Juvenile Cake race night: A very enjoyable evening for our end of year cake race with a number of awards given out to our upcoming talented athletes. The fabulous cakes were supplied by Callum’s Creations made by Callum Simpson. Check out his Instagram page Callum’s Creations.  We were honoured to have Efrem Gidey present the awards making the occasion even more memorable for the recipients.
National Medals were presented to Sean Cronin, who won the U/14 National Cross Country Championships.  Sean and Lorcan Benjacar were also presented with their silver county medals as part of the Dublin team in the National Championships.
William Walsh was also presented with his silver county medal for the Dublin U/13 team in the National Championships.
Dublin League Cross Country trophies and plaques were presented to the following U14 Boys:  1st Sean Cronin, 4th Lorcan Benjacar , 5th Christian Finn,  6th, Devan Morrisey
Dublin Juvenile League Track and Field plaques were presented to U11 Ethan Somola and U13 Rebecca Walsh
The Park Run Challenge awards were very competitive.  Athletes signed up to do two Junior Parkruns and the athletes with the most improved times were Cathal O’Neill with an improvement of 22 seconds and in the girls,  Rebecca Walsh improved by 9 seconds.  Each were awarded with a voucher.
The highlight of the night was the Juvenile Athlete of the year.  This was awarded to Sean Cronin, who has had an outstanding cross country year including the winning of the National U/14 title in Abbotstown last month.
The serious business of the night was the Cake Race.  With the track frozen the cross country training once again paid off. With cakes up for grabs the competitive streaks were evident!!!
Girls U/9 – U/10 – Lana Clancy
Girls U/11- U/12 – Zoe Mulligan
Girls U/13 – U/15 Nicola Podolska
Boys U/9 – U/10 David Blaque
Boys  U/11 – U/12 Joshua Cooke
Boys U/13 -U/15 William Walsh
20 spot prizes were also awarded.
Gladys the Elf finished up the night by inviting all the Juveniles and their families to join us for our major fundraising event of the year, the Christmas Cracker  5K on Sunday 29th December.  Always a great day and fun family event.
Well done to all. Many thanks to Efrem Gidey for attending to present the prizes and Callum Simpson of Callum’s Creations for the fabulous cakes. 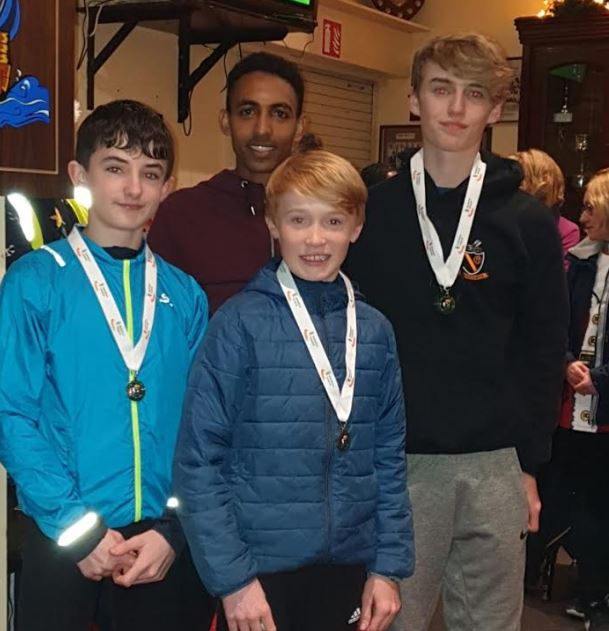 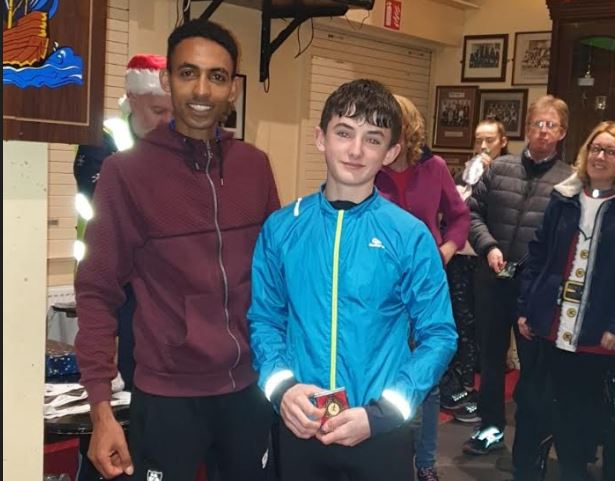 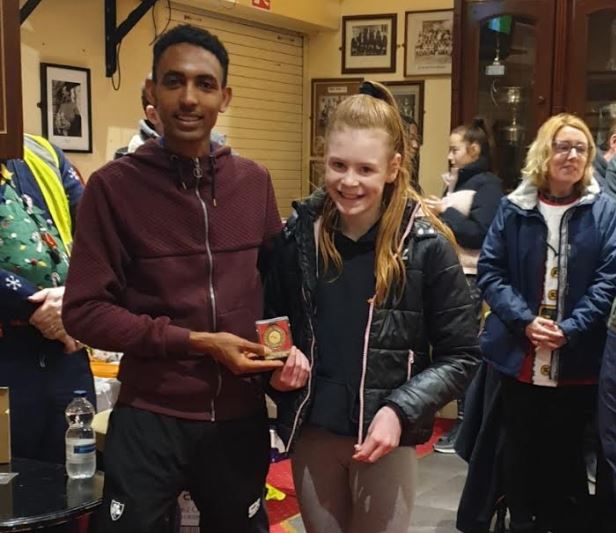 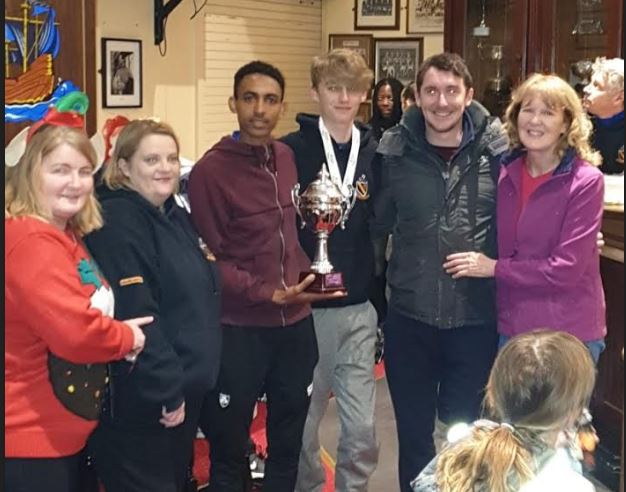