Superb performances at the first day of the GloHealth National Track and Field Championships in Morton Stadium yesterday. Pride of place goes to the 4 x 100m relay team of Keith Pike, Isreal Ibeanu, Stuart Roche and Ciaran Donoghue who won the National title in the last event of the day and in the process beat the 1987 Clonliffe club record to set a new mark of 41.48. You tube video: http://youtu.be/_kJ5BwZZi68 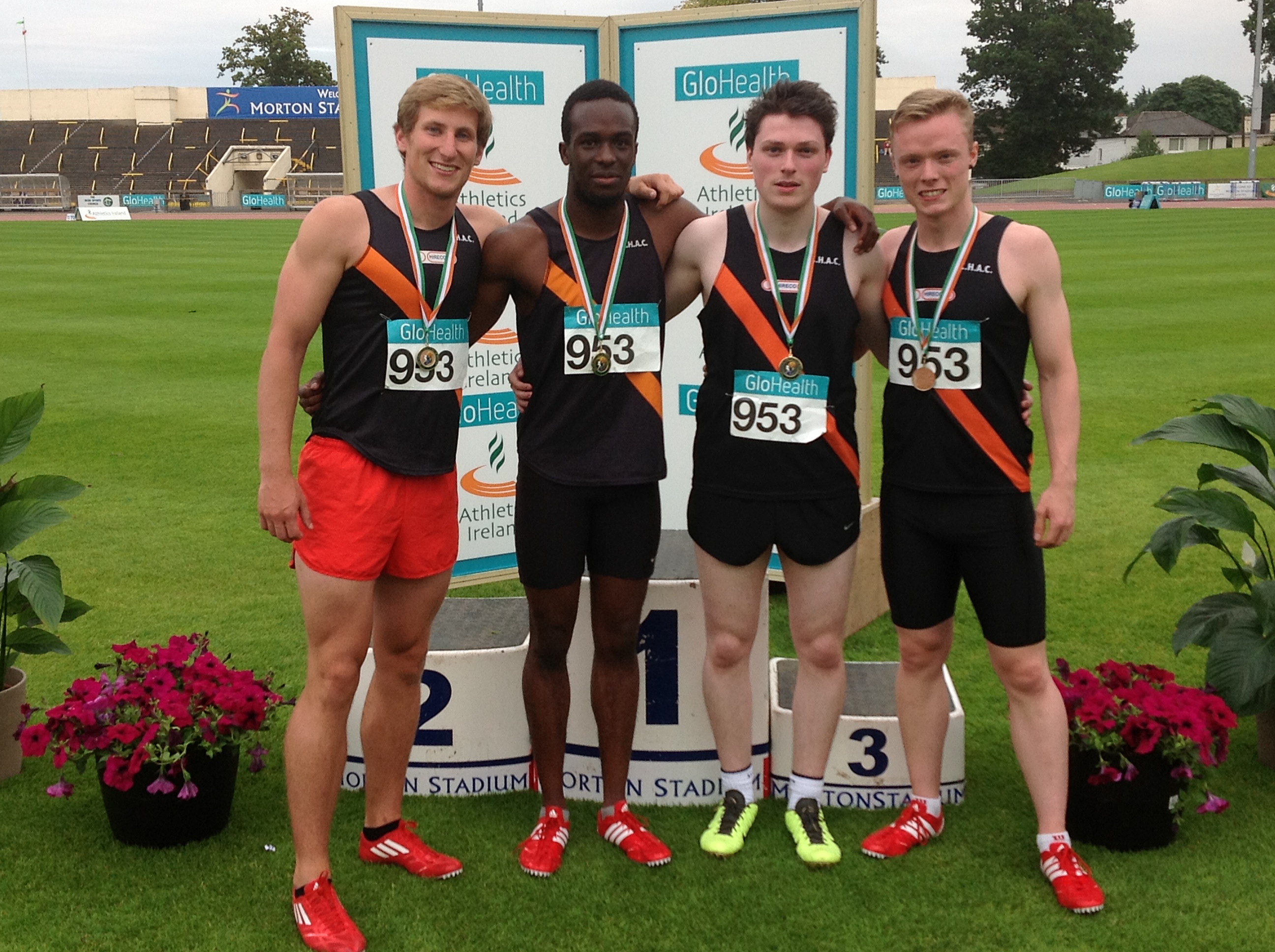 A National title also for high jumper Liam Zamel-Paez who joined Clonliffe at the tail end of last year and has been training away in Santry for the past two months. Liam now getting over an injury set back cleared 2.16 to comfortable win his first Irish Championship, he has in the past previously won the Australian Championship. A fine performace also by young Andrew Heney matching his PB of 2.05m to win bronze. 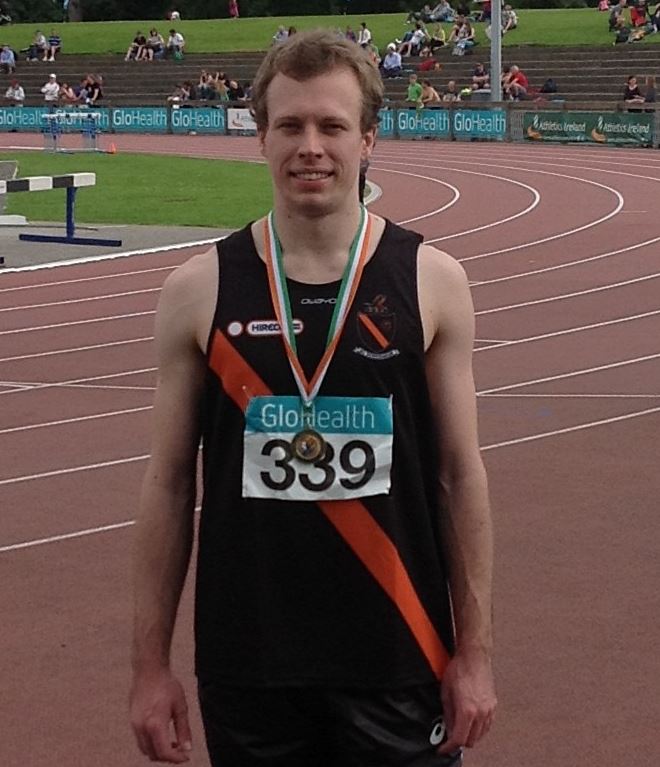 In the middle distance events the races on the day where heats for `today`s finals. Declan Murray recorded the fastest 800 of the day in winning his heat in 1.52.48 and will line up today as a strong medal prospect. Mark Mc Donald was 5th in that heat in 1.54.88 while Andreu Jenkinson was also 5th in his heat in 1.55.23, neither however progressed.

A good run by Edgars Sumskis in the 1500 saw his 3.55.34 for 5th place take him safely into the 1500 show down today in what will be the race of these championships this afternoon.