The 1st Clonliffe Club 10 Mile Championship was held 50 years ago back in 1964 and was won by Ray Heffernan. Today the 50th anniversary of the club 10 was held in Malahide Castle grounds and fittingly the race was started by that 1964 champion Ray Hefferenan. The club 10 in recent years to avoid traffic problems has been held in Malahide Castle over 4 laps of the 2 and a half mile loop. This 10 is a fairly testing 10 and although it is somewhat sheltered by the trees,  after last nights very heavy rain it was a debris littered route for the 42 starters to negotiate.

After the four tours of the race distance a new name will be engraved on the Ahern Cup, that of 2014 champion Sean Doran who recorded a time of 59.20. Next in was one of the Grand Prix regulars Dermot Kelly (Portmarnock AC) 60.13 and then 3rd and 2nd in the club championships the come back kid Tom Griffin 63.40, laying down an early marker for the forthcoming cross country season? 3rd in the club championship in 64.46 was Joe Phipps.

Thanks to the large group of club officials who helped out and of course to the sponsor of the prizes in the Grand Prix Maurice Ahern. Full results soon. 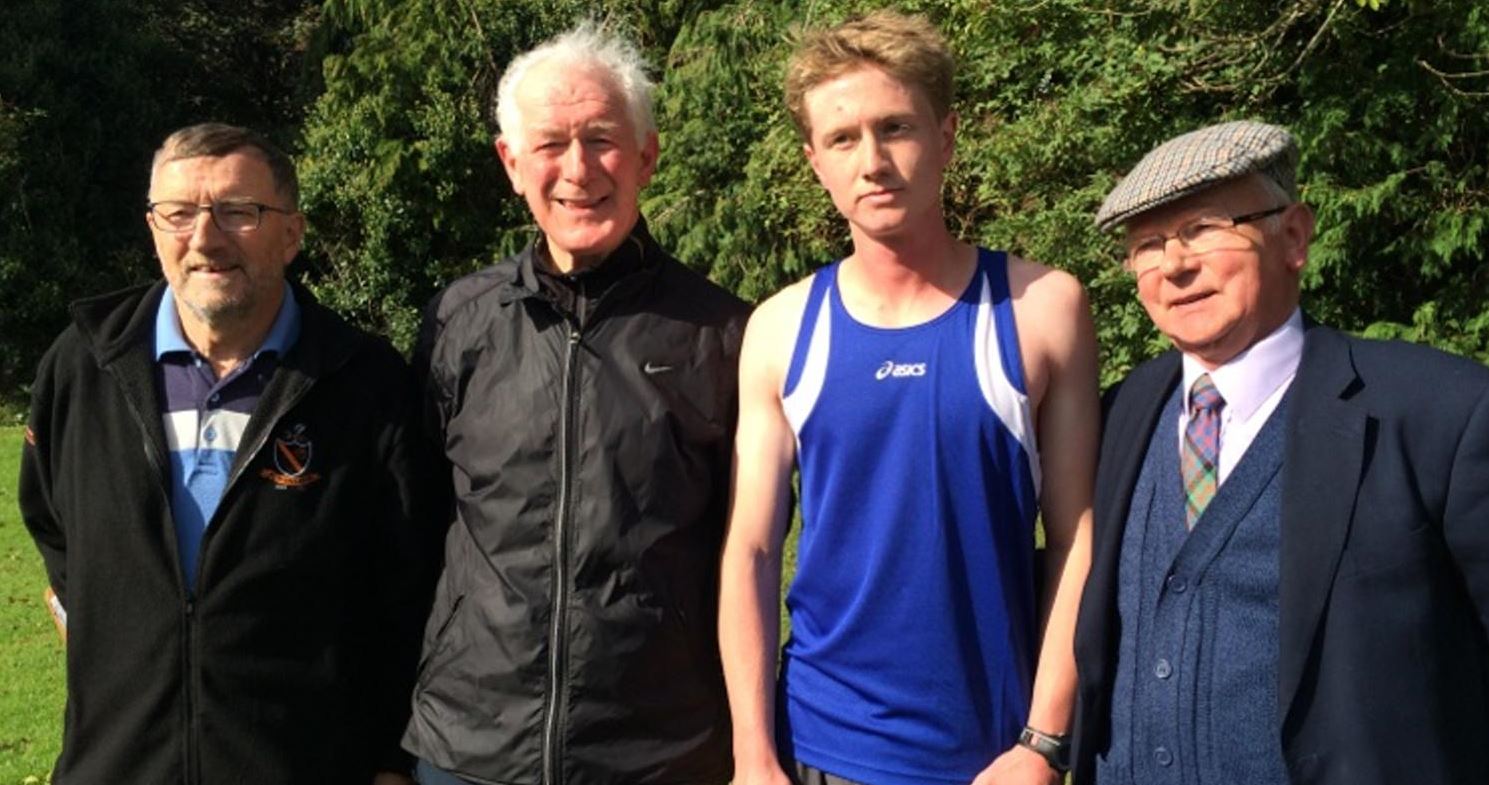