In conditions that the legendary Padraig Keane would have relished the Clonliffe senior men’s team retained Padraig Keane Cup as the winners of the Dublin senior cross-country championship. The race itself was won by the exceptional Efrem Gidey, still a junior athlete and racing in his first ever senior championship. Efrem made the telling move early in the race with only two of the six big laps under his belt to break away from the pack and then open a substantial lead to take the title at ease. Cathal Doyle also ran a brilliant race coming through to take a fine silver medal, repeating his performance of 2018. In fourth place, last year’s winner, Colm Rooney, again running a clever race to come through the field and in 6th, Ian Guiden who had a much better outing today then in Abbottstown two weeks ago, completing the scoring for for a combined total of 13 points well clear of DSD second on 31 points and Rathfarnham third on 44 points. There were good runs also from Sean Doran in 15th,  Liam Roarty 24th, Thomas Sherlock 26th, Paul Keenan 56th and Peter Bissett 62nd. 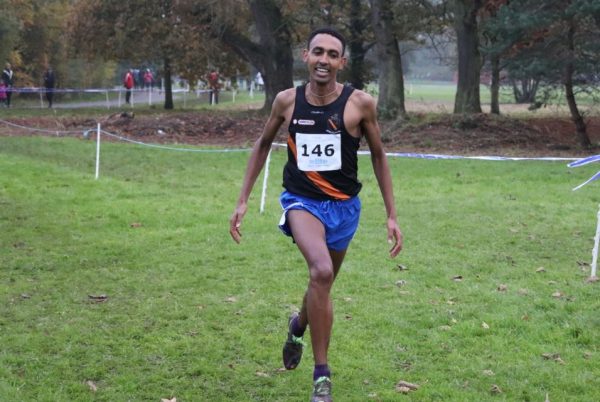 The senior men had not won the Dublin title for a number of years until 2018 and thus it was very pleasing to retain the title once again on home turf in 2019. Padraig would no doubt be happy to see Clonliffe once again top dogs in Dublin.

It was also very pleasing to see a Clonliffe senior women’s team in action in the Dublin’s. There was a good showing by the women led home by a Ailish Malone in 10th position and then very good runs from Alannah Cooley in 17th and likewise a positive run by Laura Tuite in 21st, Emma Cooper 32nd, Clodagh Galvin 35th and Maura Matthews 37th. Although the team placed fifth and out of the medals it was certainly a good performance from the team.

The junior men’s race incorporated the U/19 Dublin Championships. Again very strong Clonliffe performance from these young athletes, obviously the loss of Efrem to the senior team was always going to be a difficult handicap to overcome but the guys rolled up their sleeves and with Aaron Cullen fourth, Ben Guiden fifth, Stephen Cashin ninth and Alex Murray 14th the team finished second in the junior race on 32 points behind DSD on 22 however took U/19 Dublin gold (Aaron Cullen, Ben Guiden, Alex Murray and Ian McAlweeney). The other Clonliffe placings in the race where Daniel Lacey 16th, Ian McAlweeney18th, Thomas Baltazar 19th.

The junior women/U/19’s took bronze in both categories with a fine run by Sarah Bateson in seventh place leading home the team. A very much improved Hannah Browne was 12th, Abbie Sheedy 13th, Ella Brown 14th and Tess Loftus 16th. In the junior championship DSD took gold on 25 points, Templeogue silver on 36 and Clonliffe bronze on 46.

The day itself commence with the juvenile Championships kicking off with the U/9,, where Clonliffe did not have athletes running in accordance with our club ethos, the U/11’s all put in good showings in the Clonliffe colours and got the day off to a good battling start. The boys U/13 team took a fine team bronze with the girls U/13’s also putting in fine efforts. The boys U/15 squad continues to impress with Sean Cronin an excellent second place and being well backed up by Jonathan Fitzsimons, Cillian Keegan, Sam Murray, Lorcan Benjacar, Callum Maguire and Christian Finn as the team took a well deserved set of silver medals. There were fine performances also by the girls U/15’s led home in ninth place by Orla O’Sullivan and good runs also by Clodagh Nic Dhomhnaill, Hazel Kenny and Eva Guy.

On then to the U/17’s where the girls team again put in a most admirable shift, Aoife Hession was only metres of individual bronze taking a fine fifth place and followed home by young Naoise Cullen, just back from injury and running up an age, Katie Halpin, Alana Fitzsimons and Ella Cooley with the girls being rewarded with a set of team silver medals. The U/17 boys took team bronze led home by Niall Carbery in sixth, Sean Boyne eight and these two backed up very well by Alex Neuroth, John Lawrence, Owen Housley, Ronan Donohue, Eoin Byrne, Killian Sheridan and Andrew Gaffney.

In all it must be said an excellent performance by every single Clonliffe athlete today. The senior men and indeed women now look forward to the national seniors in Abbottstown in three weeks time. Also that day will be the national juniors and the even age juvenile Championships. Things are hotting up nicely!