Clonliffe athletes enjoyed triumph and tears in the All Ireland school`s track and field championships in Tullamore today. Triumph in the emphatic manner of a superb win by Ian Guiden in the senior 5,000 and a welcomed senior title for Ryan Cleary in the senior 3,000 race walk.  Tears and bad luck for Cathal Doyle and Greg Hosseny and indeed every emotion in between.

The day started with some bad luck for young Greg Hosseny in his first All Ireland in the junior 1200 race walk, Greg coming into this as Leinster champion, when in the heat of battle for silver/bronze both he and the athlete he was battling were DQ`d. Heartbreak for the young man.

In the senior 3,000 the experienced Ryan Cleary made no mistake in taking the senior title in 14.19.18 with a substancial winning margin. In the field events Clonliffe athletes enjoyed considerable success with two silvers and two bronze. Silver for Ryan Whelan in the senior javelin with a best of 52.92 and for Simon Galligan in the senior hammer (54.55). Bronze for Andrew Heney in the senior high jump (1.95m) and bronze also for Megan Coomber in the inter long jump (5.65m), this was a brillant performance by Megan, her jump was a European Youth Olympic standard, however, all three achieved this standard, also Megan`s jump in the inter competition would have won her senior gold!.

There then followed some serious disappointment. Adam O`Brien running in the inter 3,000 found the opening killer paced laps of 62/63 seconds to be that: killer, as he paid the price and finished a very tired athlete in 8th place in 9.38.39 a time well off his Leinster qualifying performance. Then in the U/16 mile where Cathal Doyle was one of the favourites the opposite: two opening laps of 75/75 had the whole field tightly bunched as they took the bell, it looked like it could end in tears and regretably it did as from the lead Cathal was clipped from behind with 350 to go and hit the ground hard. Getting up he chased hard down the back straight moving from 6th to 3rd but the effort took it`s toll and yards from the line he was caught and unbelieveably clipped again to hit the deck for the second time in a lap and finish heartbreakingly in 4th (4.45.04). Laura Tuite also found things pretty tough in the inter 1500m, paying the price for the early pace, although a good final lap saw her pick up a couple of places to finish 7th in 5.02.41.

Finally triumph in the last individual track race of the day the senior 5000 where Ian Guiden justified his favourite tag taking the race by the scruff of the neck with six and a half laps to go injecting two very fast laps to kill off the challenge and open a lead that grew to 80m as he won his first All Ireland Schools title in his final schools race for St. Aidans CBS in 15.15.60.

So in the end an impressive showing: 2 gold, 2 silver and 2 bronze and vital experience that will stand to all in the years ahead. 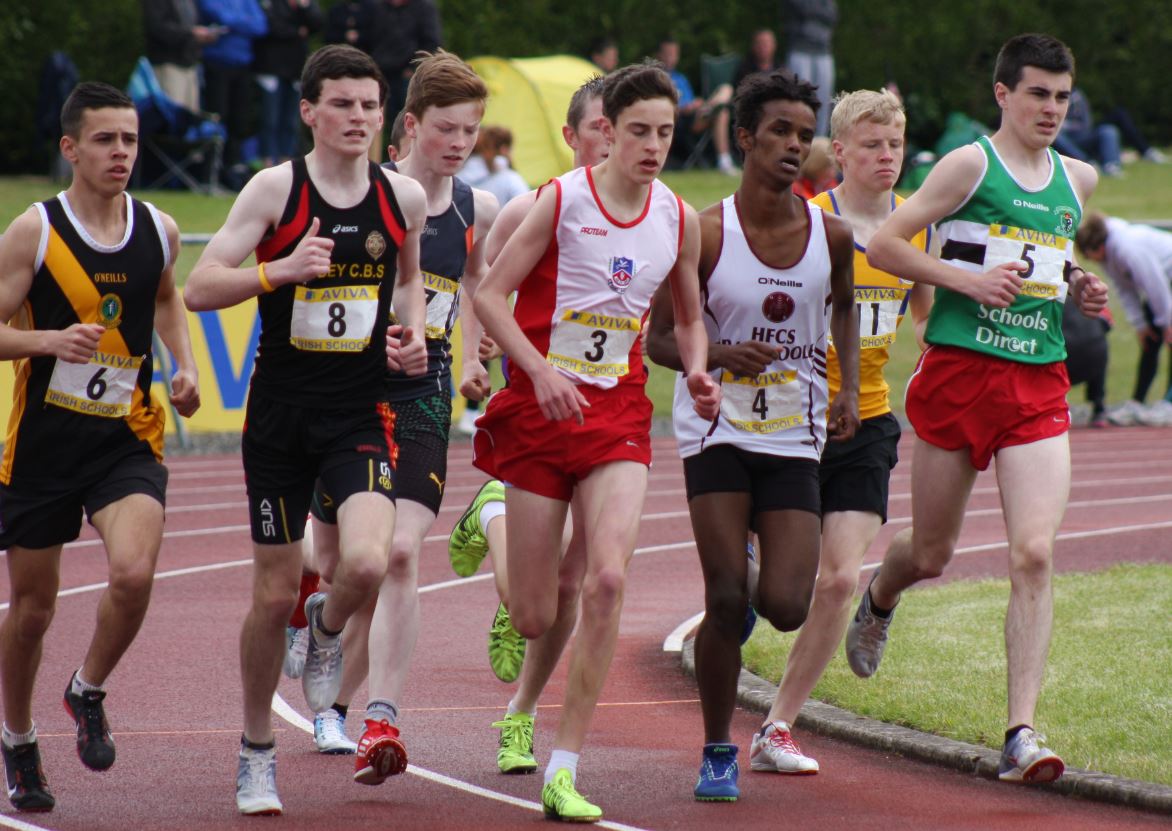 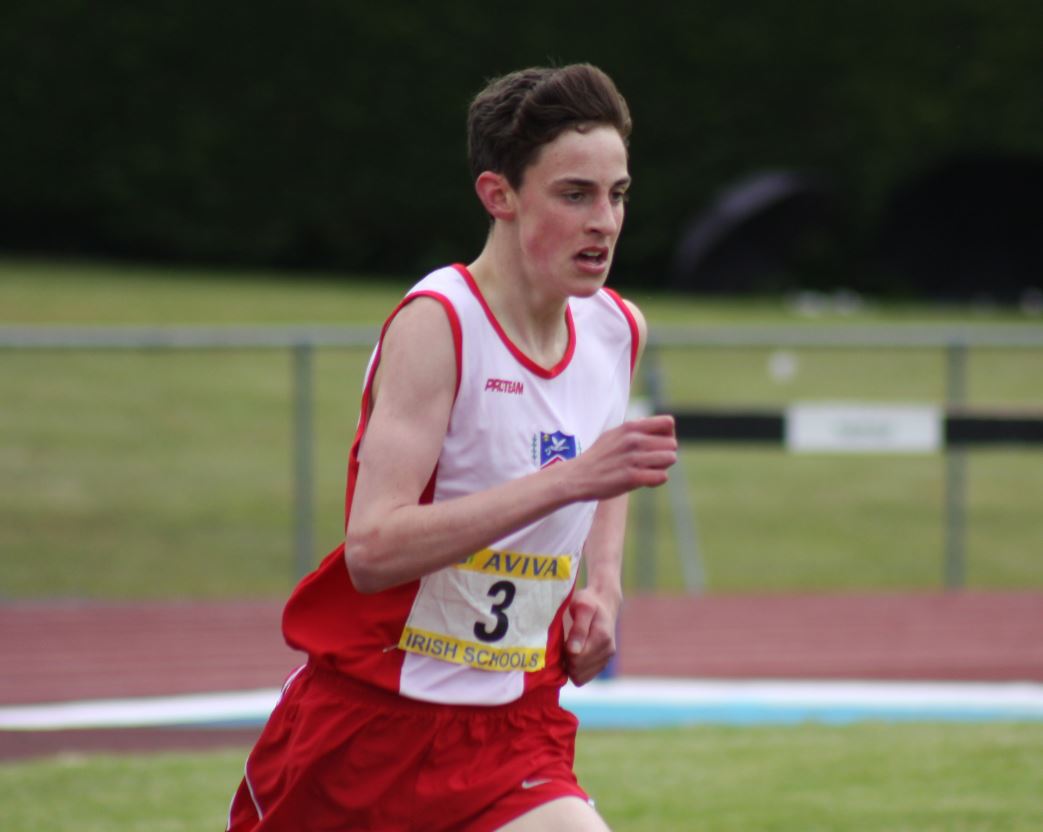 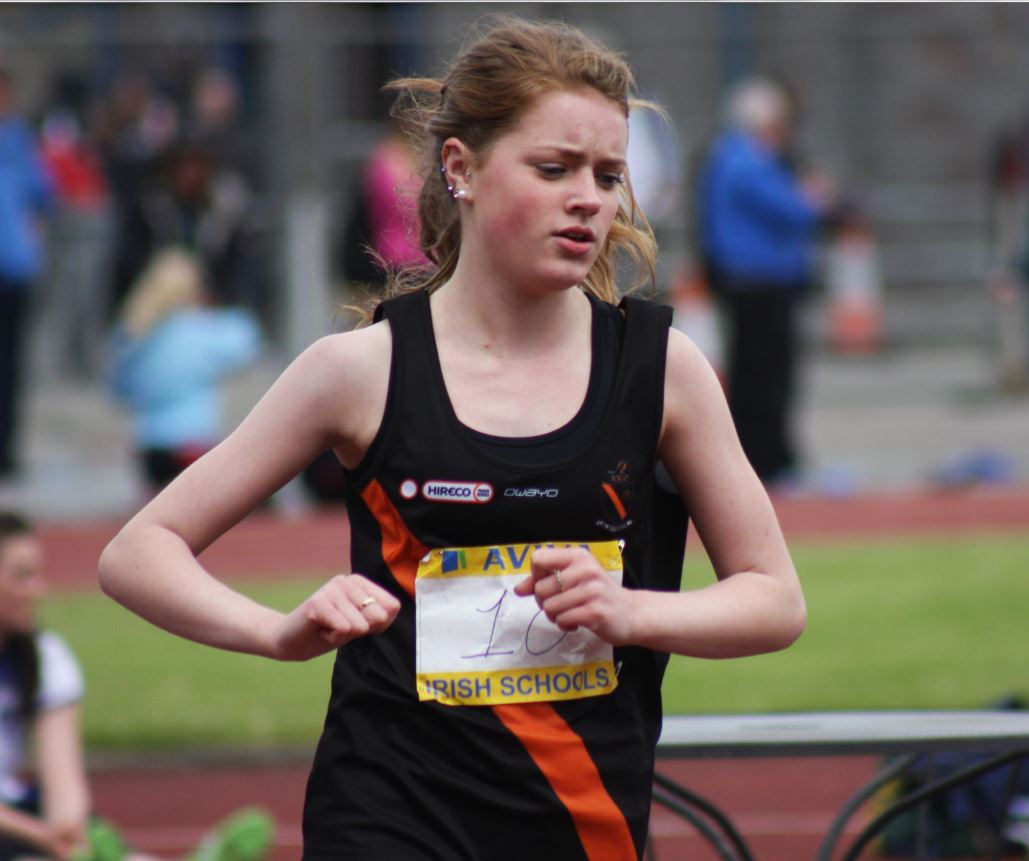 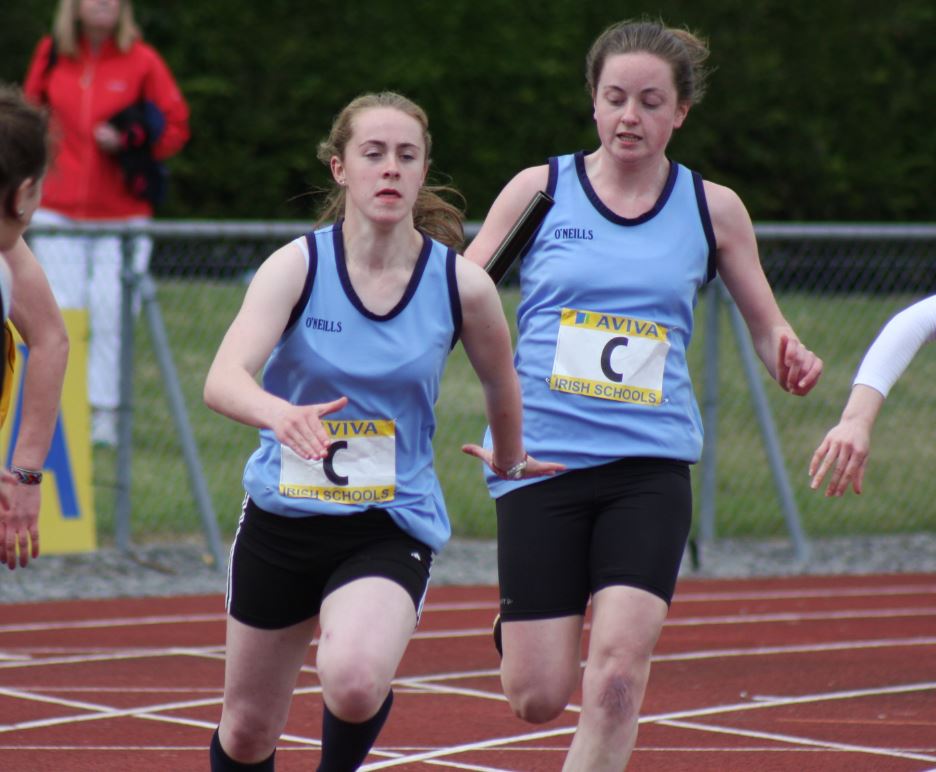 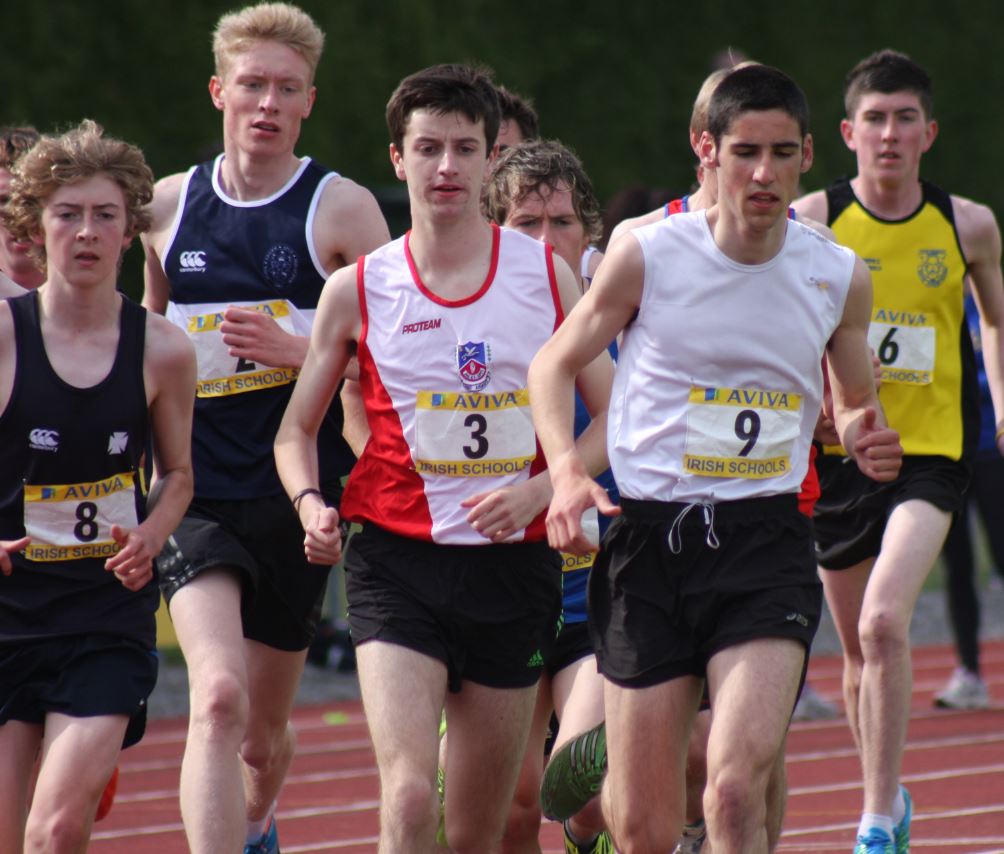 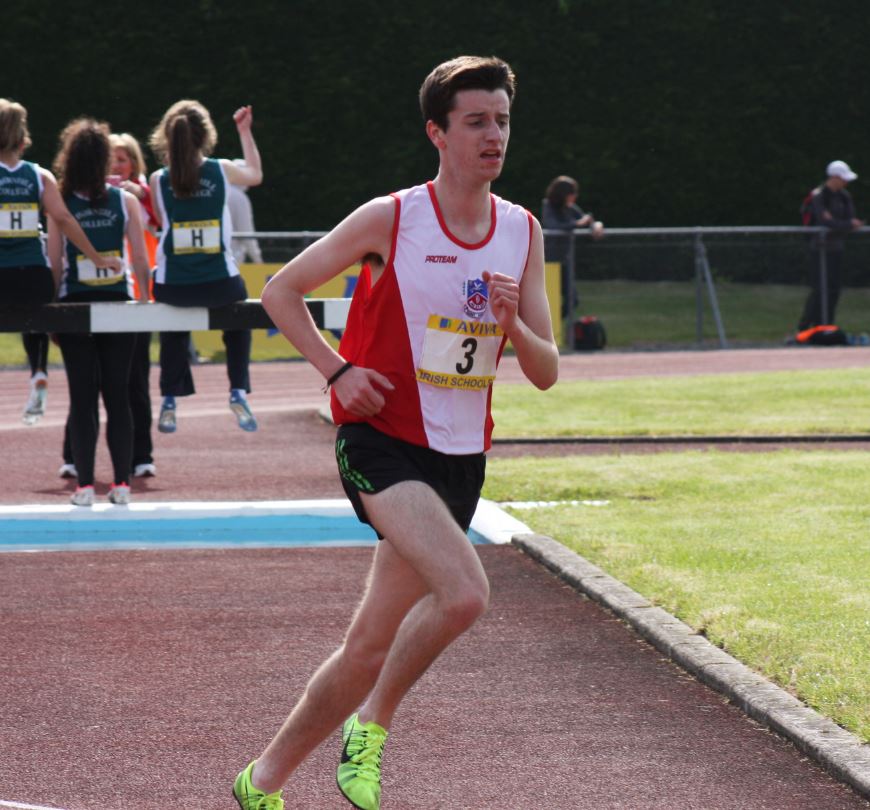 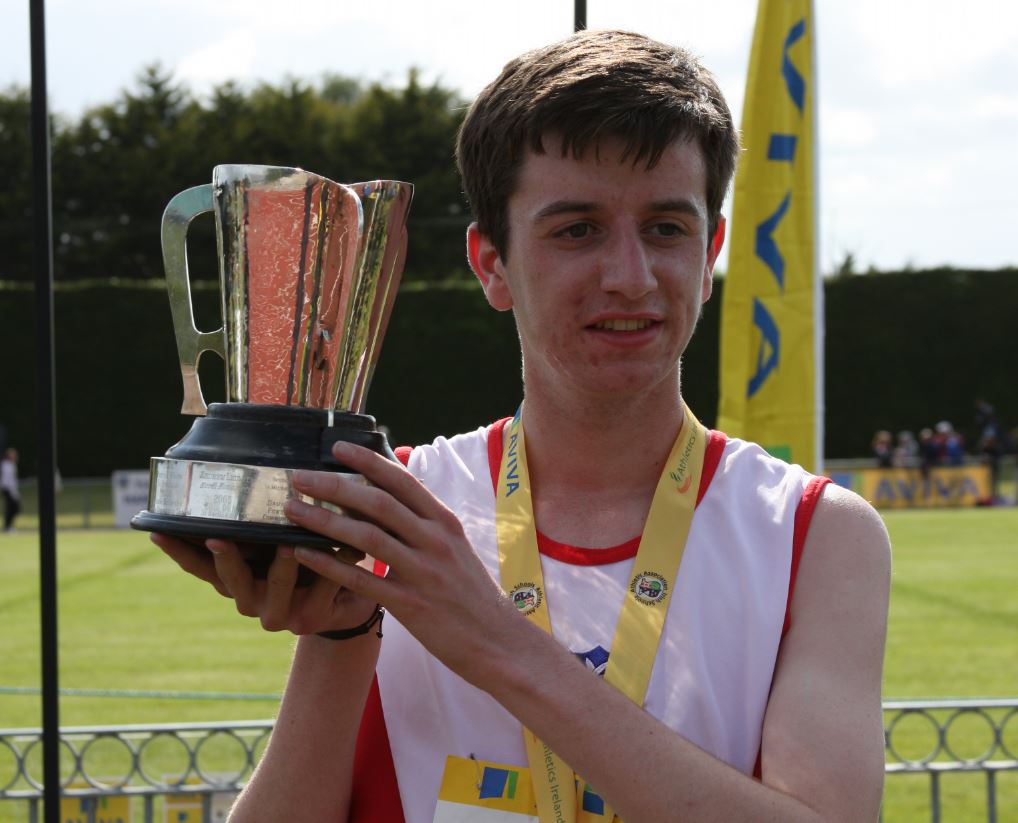