Friday nights Morton Games, July 11th, will long live in the memory. It was simply superb. All involved deserve great credit and praise for producing arguably the best International Track and Field Meet in Ireland in a long long number of years.

From the commencement of the pre programme until the presentation of prizes to the Morton Mile athletes it was one highlight after another.

The Meet opened with the juvenile relay mile – a 16 legged relay over the full mile distance. This event featured athletes representing eight different clubs, there were two teams from Clonliffe Harriers. The lead chopped and changed throughout the duration of the race, in the end Tallaght A.C. – Team O’Lionaird prevailed winning in a time of just over 3.46 with Team Leer (Clonliffe A) closing fast and Cushinstown Team Letting 3rd.

There then followed 800 metre races, first off the Junior Women incorporated into the IMC B race. In this race there was an excellent PB recorded by Laura Tuite of 2.20.87 in finishing 3rd, Alanna Cooley also put in a very strong performance to finish 10th in 2.26.72.

Regrettably the club’s only finisher in the 100 B was Paul Whelan who was 4th in 11.56 after Stewart Roche was DQd for a false start and Israel Ibeanu was a DNS.

Following on the opening of the International programme by Mayor of Fingal Mags Murray, accompanied by Club President Paddy Marley and the President of Athletics Ireland Ciaran O’Cathain there was non stop action from 7.08 until 9 p.m. It was just one of those nights – superb weather, superb athletes, a superb crowd and some pretty good organisation to boot. The result was a stunning response from the athletes competing in the Morton Games and at the end of the day eight stadium records had fallen.

The first of those records was taken by Tom Barr (Ferrybank) in the 400h where he left the world champion Jehue Gordon (TRI) in his wake as Barr recorded a new stadium record of 48.94.

The Women’s 100 also resulted in a new stadium record recorded by Carina Horn (RSA) of 11.36. Clonliffe’s Snezana Bechtina was a brave starter in this race finishing 5th in 13.22, I think it is fair to say that the organisers were let down badly by Ireland’s female sprinters who for various reasons chose not to compete at Morton Games. No prizes for guessing who lost out on this one!

The Men’s 400 witnessed another superb race where the first five athletes all ran sub 46 seconds headed by Brycen Spratling (USA) who recorded a time marginally outside of the stadium record, 45.26 closely followed by Jarrin Solomon (TRI) and James Harris (USA). Clonliffe and Ireland’s Brian Gregan was 7th in a time of 46.57.

The Women’s National 200 had been cancelled by the organisers in the days leading up to the Meet due to lack of support.

The 800 metres again lived up to their billing. These races had become a feature of recent Morton Games producing wonderful races in fast times. The 2014 Morton Games was no different as Mark English once again brought the Morton Stadium crowd to their feet as he was roared to the finish-line in a time of 1.45.30, and yes a new stadium record. Brian Martin (USA) was 2nd with Aussie 1500 metre champion Ryan Gregson 3rd in 1.46.27. From a Clonliffe perspective the big news in this one was the setting of a new Clonliffe club record by Declan Murray of 1.47.39, bettering Frank Murphy’s 1969 record by 100th of a second.

The Albie Thomas Memorial 3000 was once again a highlight of this Meet, an unbelievable battle developing throughout the race distance after sterling work by pacemakers Edgars Sumskiss (Clonliffe) and Tomas Cotter (Dunleer). This left our second time visitor Juan Luis Barrios in the lead as he drove on relentlessly. Coming off the top end Trevor Dunbar (USA), the only Alaskan to have run a sub 4 minute Mile, was on his heels and in the sprint for the line Barrios reigned to retain his 3000 metre title and into the bargain set a new stadium record of 7.44.21, to replace Ben True’s record which was recorded at the 2012 Meet. Dunbar was 2nd with Tiidrek Nurme (EST) 3rd in a new Estonian national record of 7.48.24. The big news in this one from a Clonliffe perspective was the stunning performance of Aaron Hanlon to record a huge PB of 8.10.85. Aaron’s time was a new Clonliffe Junior record shattering Gerry Finnegan’s 1975 record by almost 4 seconds. Aaron’s time was also within the qualifying mark for the World Juniors, however, unfortunately was four days too late. It was also the 3rd fastest time recorded by a Junior in Europe this year and 14th in the World! Just in front of Aaron was Brandon Hargreaves who recorded a time of 8.09.65, the 3rd Clonliffe runner in this was Jayme Rossiter who was 16th in a time of 8.24.17.

In the pole vault competition David Donegan was 6th with Ian Rogers 7th in a competition won by our GBR visitor Luke Cutts with a best vault of 5.50m, Igor Bychkov (ESP) was 2nd with Paul Walker (WAL) 3rd.

On then to the Women’s International Mile which was sponsored by Clonliffe Harriers and again another stunning race as Molly Huddle (USA) took up the running at 700 metres to drive on relentlessly and to win in a time of 4.26.8, knocking 4 seconds off the existing stadium record. 2nd was Melissa Duncan (USA) with Aisha Praught (USA) 3rd. Becky Woods ran competitively and recorded a time of 4.44.7 finishing in 10th position and wrote herself into the club mile record books as Ann O’Brien’s 1968 record is now replaced. Becky now holds two senior outdoor records and two indoor senior records.

Finally there was a stunning Morton Mile, again superb pace-making done on this initially by Clonliffe’s Conor Healy and then our Welsh pacemaker Tom Marshall. Ciaran O’Lionaird (IRL) took up the running as he drove on to try and secure European qualifying time for 1500m, O’Lionaird’s decision made the race as the pace was cranked up, with 3.50 to go Donore Harriers John Travers, seeking to go sub 4 for the first time and also with European qualifying time in mind hit the front, he was chased hard in coming off the last bend the bearded Will Leer, a two time Morton Mile winner, hit the front to take a thrilling win in a time of 3.51.82. Not only was this a PB for Leer, it was also the fastest Mile recorded in the Morton Stadium and was the fastest Mile ever recorded in the Morton Mile. Leer led home Patrick Casey (USA) in a time of 3.52.62 and 3rd place defending Morton Mile Champion Cory Leslie (USA) 3.53.44. Leer had led home a train of ten athletes all of whom recorded sub 4 including first time sub 4 athletes John Travers, in a simply superb 3.55.44 and Dave Bishop of Scotland 3.56.96. Hamish Carson (NZL) had the honour, in 9th place, of becoming the 100th sub 4 minute miler in the Morton Mile.

A huge thank you to all our sponsors, to the partners in the Morton Games: Athletics Ireland, Fingal County Council, the Irish Sports Council, National Sports Campus, Morton Stadium, Irish Milers Club and Paralympics Ireland. Also a huge thank you to every member of Clonliffe Harriers who played a part over the course of the Meet and in the lead up to the Meet as without your input the event simply would not have happened.

The night was an outstanding success and has received hugely positive feedback from the athletes who took part, from the spectators and from the media. Morton Games, the Morton Stadium and Clonliffe Harriers is the talk of the athletics world. 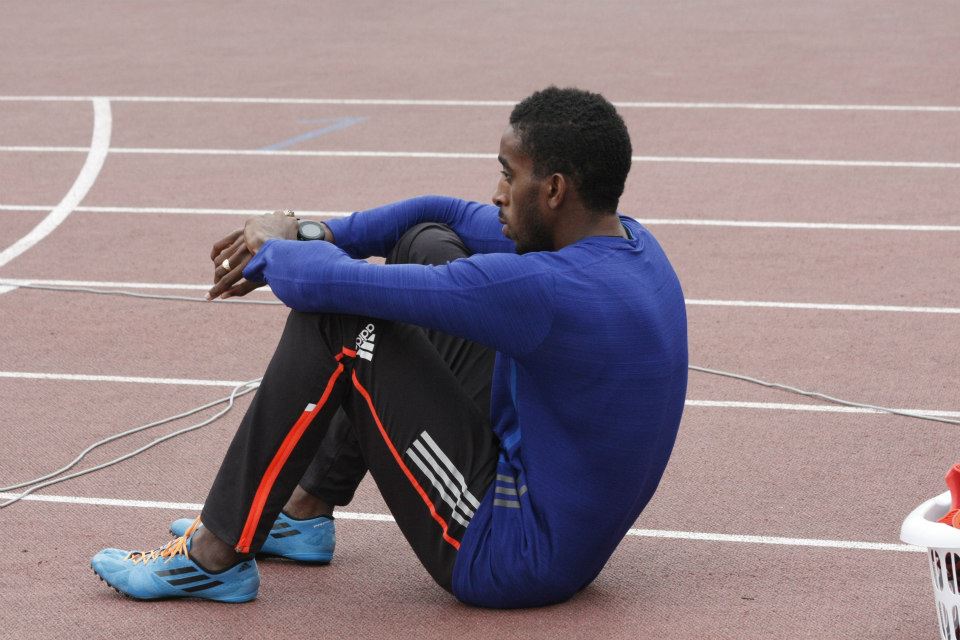 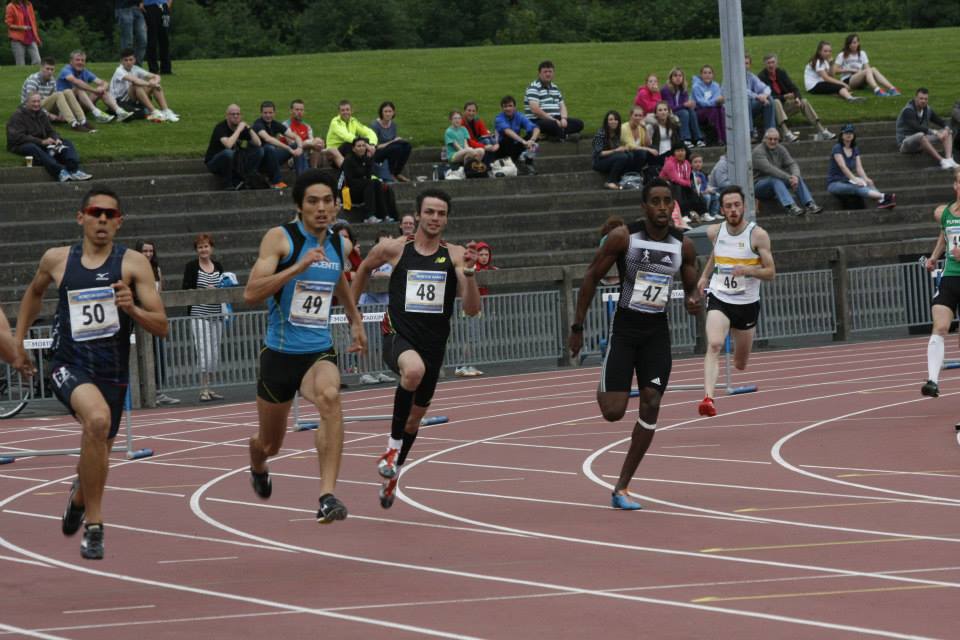 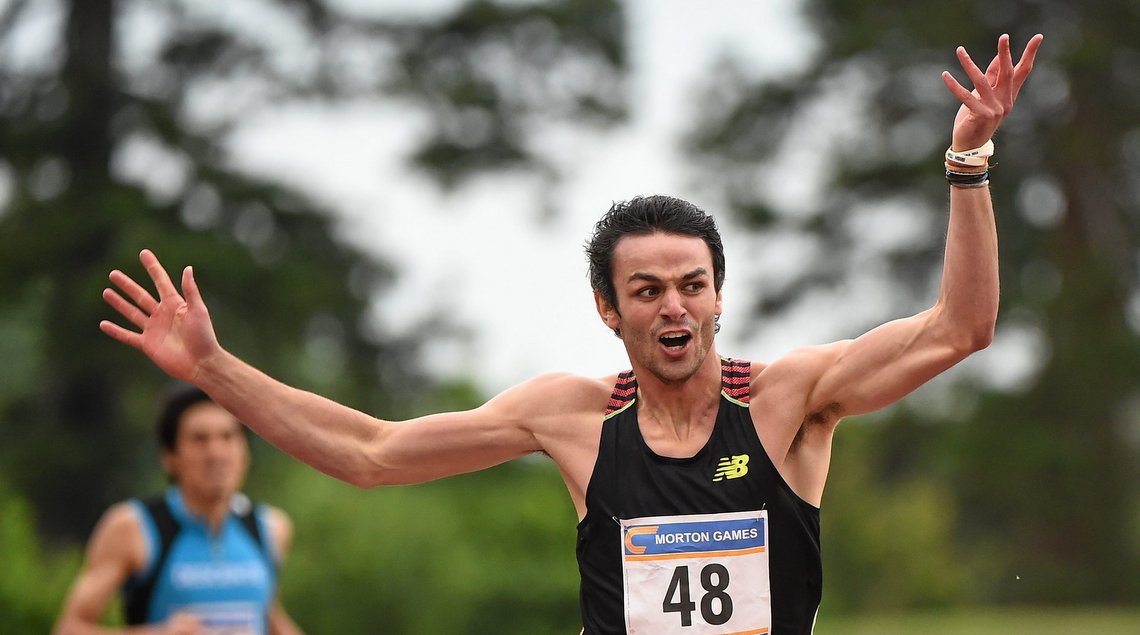 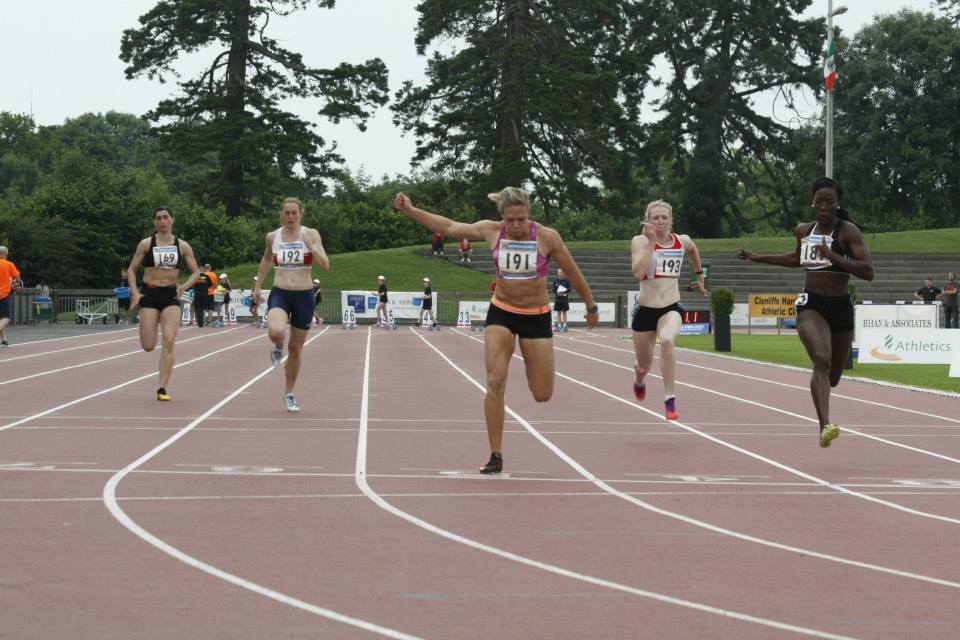 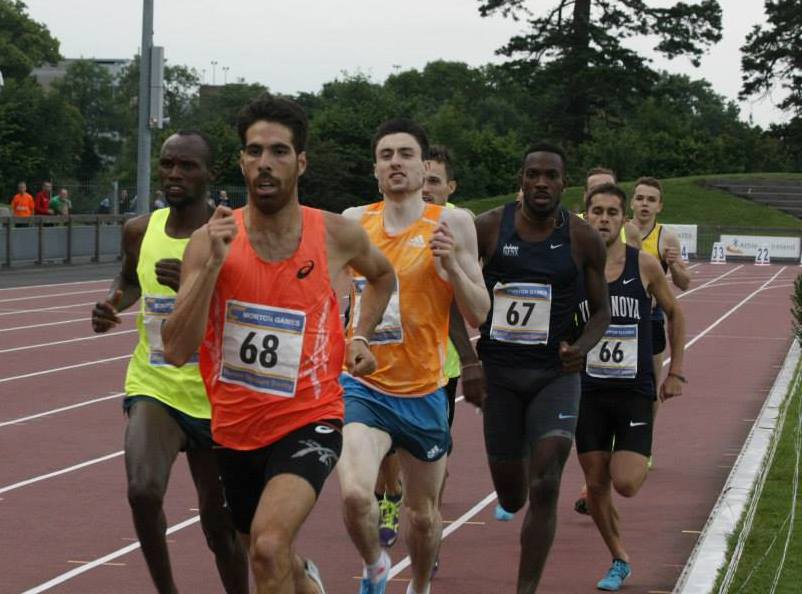 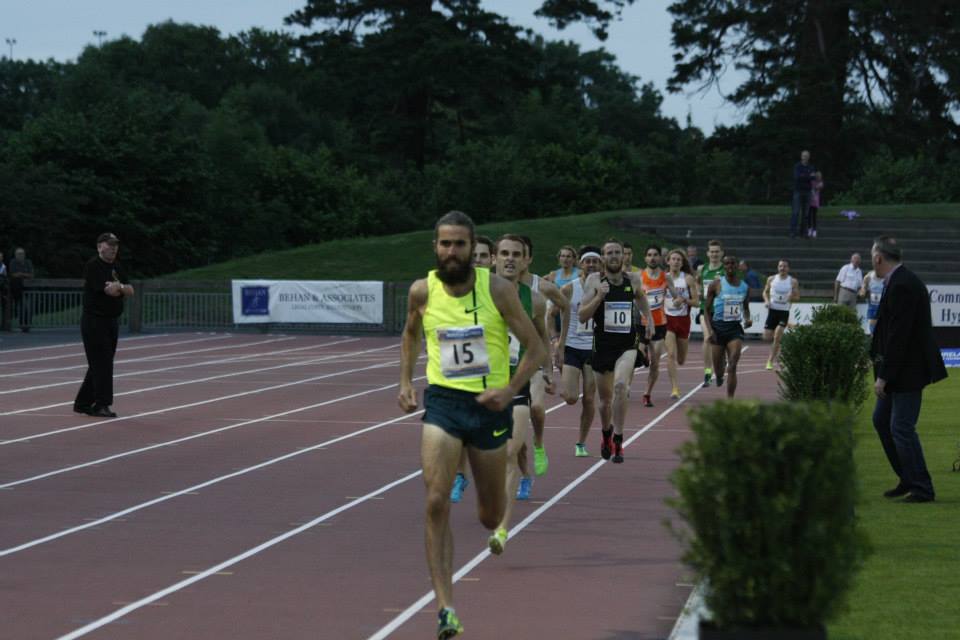 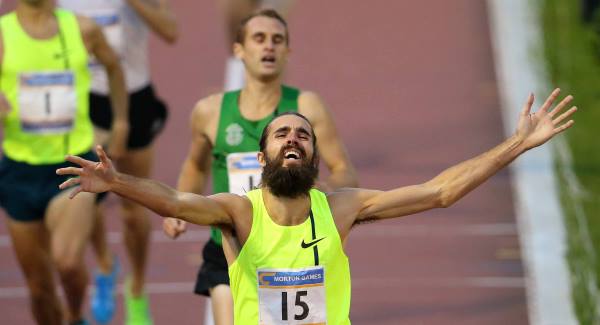 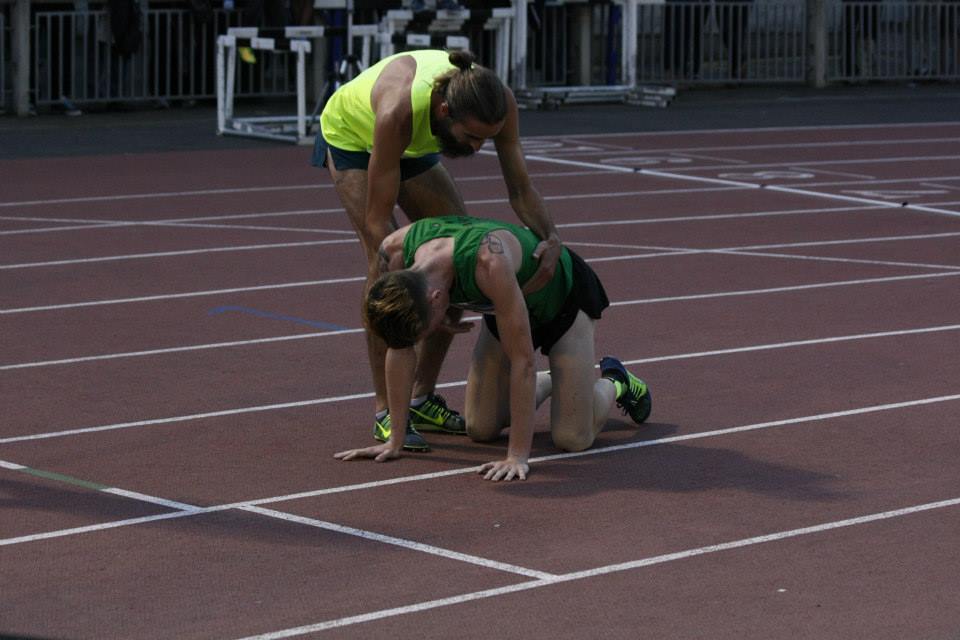 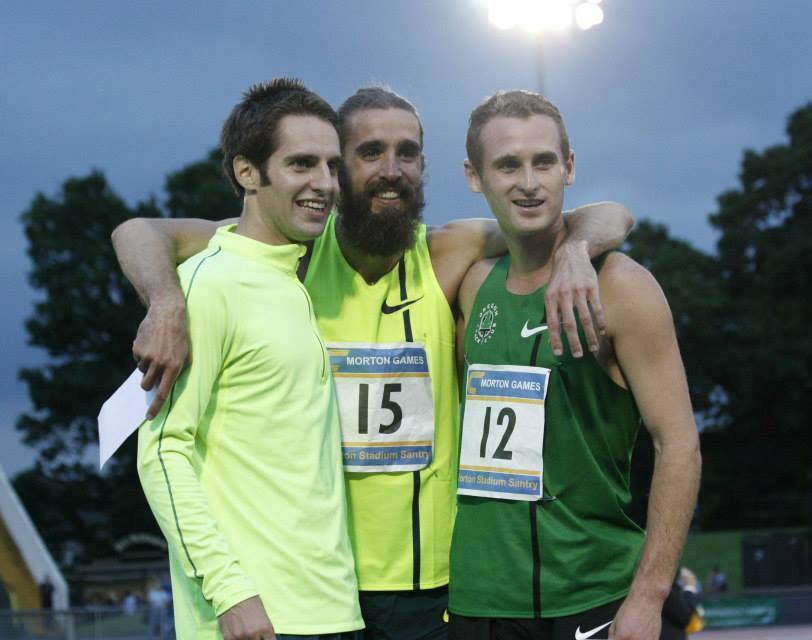 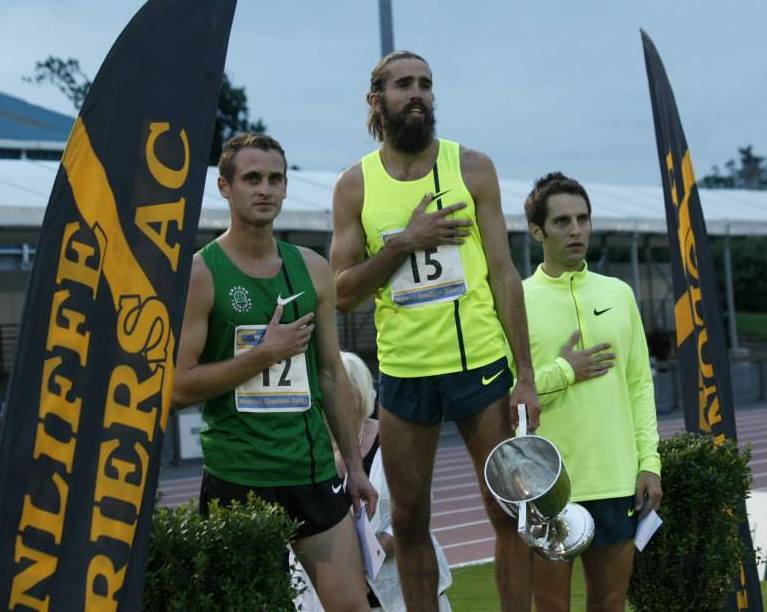 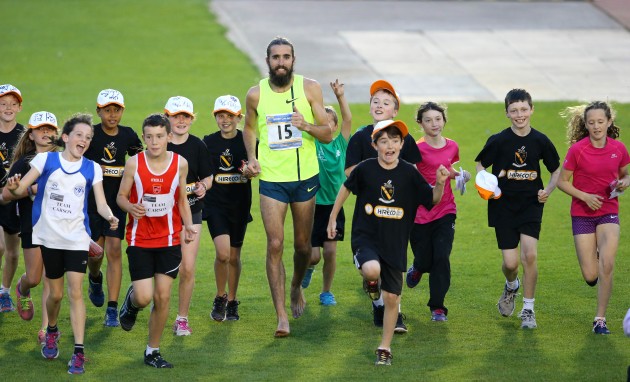