Only a week after the National Inter Clubs Cross Country the Junior athletes were back in the fray at a particularly tough Aviva All Ireland Schools Cross Country. It was a testing course at Cork IT on Saturday afternoon, featuring a savage hill, a rough over the country section and some energy sapping mud. After last week`s disappointing day in the Clonliffe colours the club`s athletes hoped for better fortune today, unfortunately, however, it turned out to be another bitter day with silver being the dominate colour when gold had been expected. 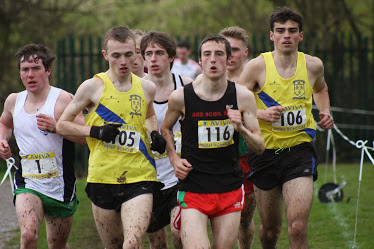 Aaron Hanlon once again experienced the role of runner up. In the senior boys 6,500m race he once again featured at the lead of the pack along with school mate Andrew Coscoran, however, Aaron couldn`t shake him off and at the finished Coscoran managed to reverse their Leinster  placing to take the win with the Clonliffe man 2nd. 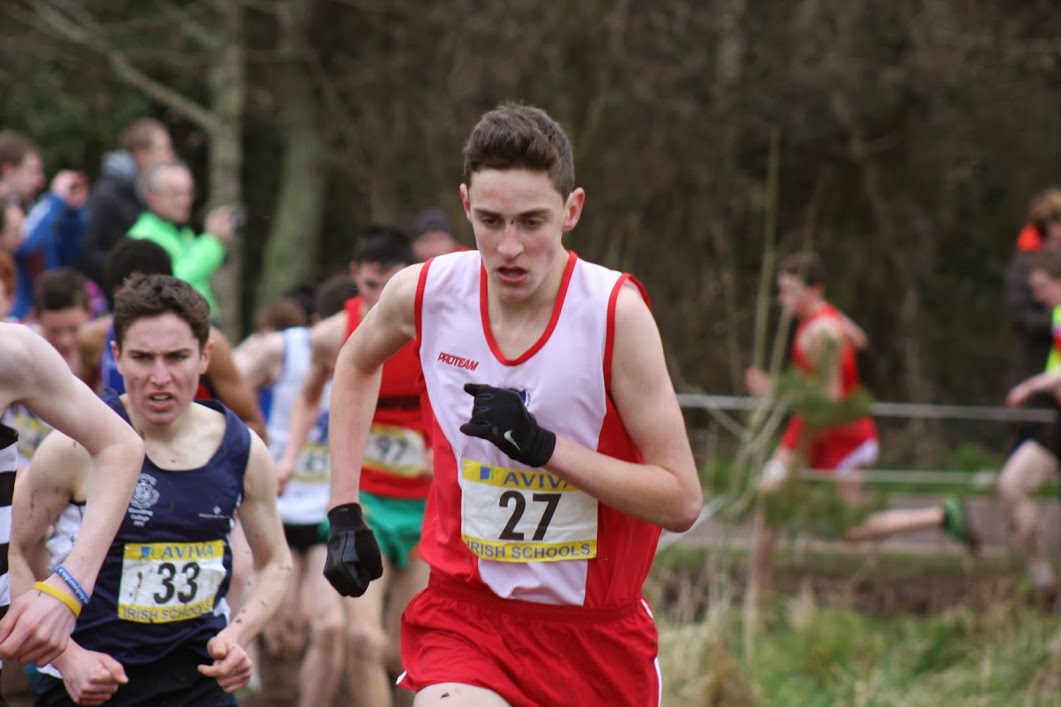 2nd also for the St. Aidans inter boys team. Again these guys entered the race as favourites after a blemish free cross country season, however despite some outstanding performances ended up in silver. Cathal Doyle lead the team home in a battling 8th place to earn his place on the International Schools team for two week`s time. Another excellent run by Brian Flanagan in 19th, leading home the St. Aidans/Clonliffe train of Sean Carrigg 20th and Adam O`Brien 21st, however the team missed gold by a heart breaking 2 points. These four were well supported by great runs by Joseph Hession 42nd, Alex Gibbons a battling 56th and strong runs in difficult conditions from Shane Merrigan and Greg Hosseny. 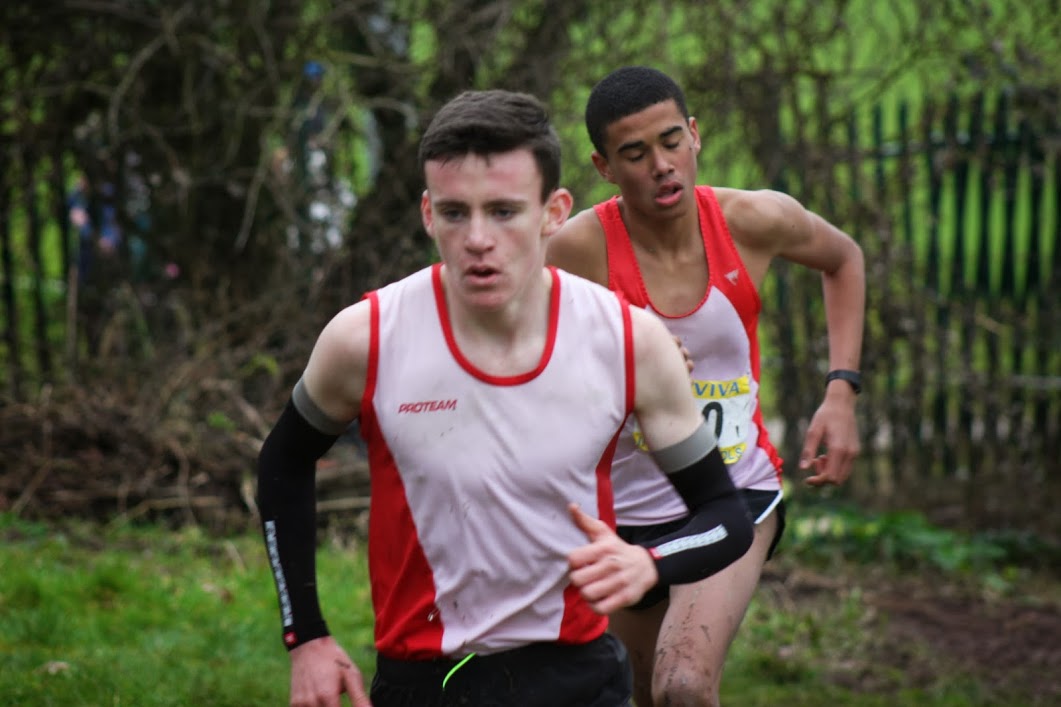 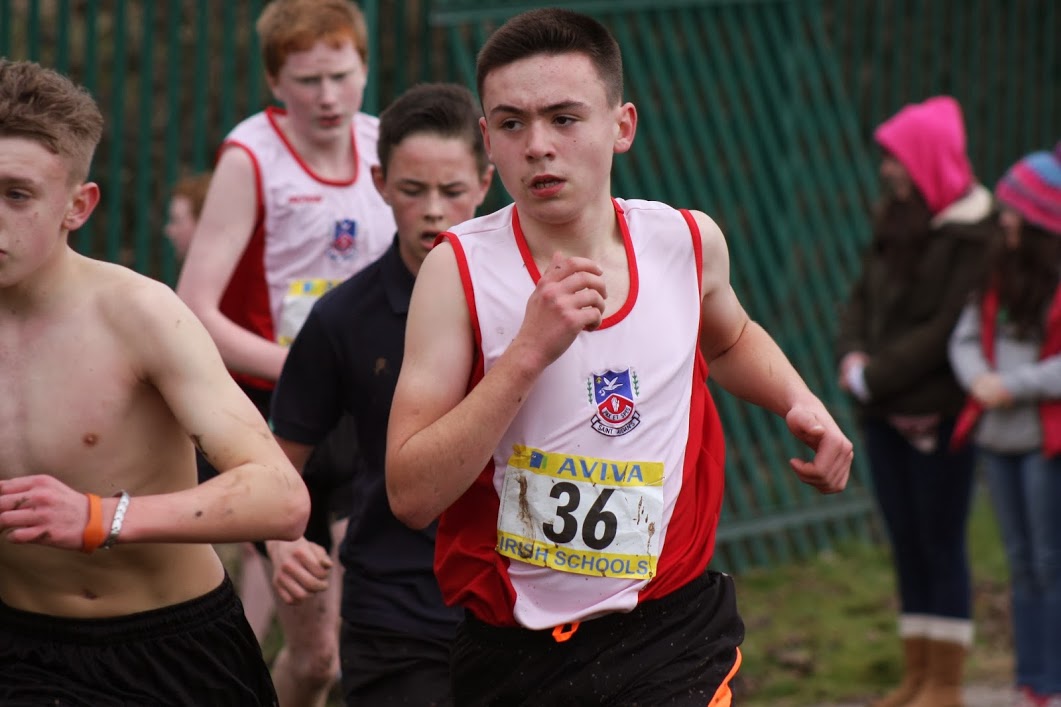 And so the cross country season comes to an end. The guy will be disappointed with All Ireland silver, but will live to fight another day. Bring on the track season!!