Yesterday`s National Masters Indoor Championships at the magnificent Athlone IT International Arena brought out the best in the athletes taking part, none more so that Clonliffe`s Master Athlete of the Year 2013 Bernie Byrne. Bernie was in inspired form, competing in the O/50 category, she won double gold: the 1500m in 5.22.46 and the 3,000m in a time of 11.20.24, the later being a new national O/50 indoors record by some 40 seconds! 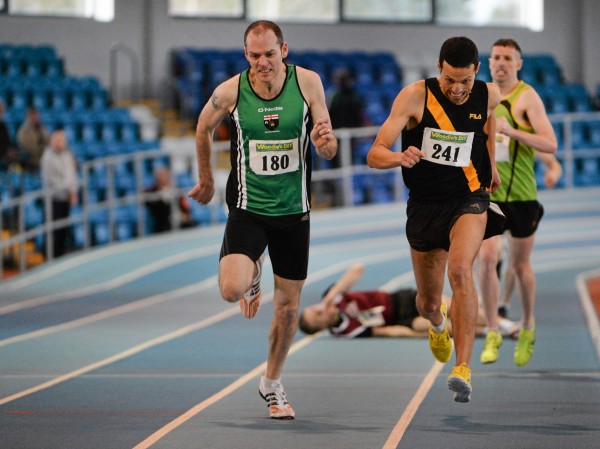