At tonight`s BMC Grand Prix in Watford Eoin Pierce took a huge 3 seconds off his couple of weeks old pb recording a time of 3.42.87 in finishing 2nd in the B race. Hitting the bell Eoin was in 2nd place but maybe 15 meters off 1st but a lightening last 400 saw him close the gap to a fraction and in the process run a fantastic pb.

Later in the evening Jayme Rossiter had a fantastic run in the 3000 SC with a late charge and but for a stumble at the final water jump may well have won. Jayme was 2nd taking 8 seconds off his best to run 8.46.81. This puts Jayme 2nd on the Clonliffe all time list a mere 0.61 off Des McCormack`s long standing club record and 16th on the Irish all time list. 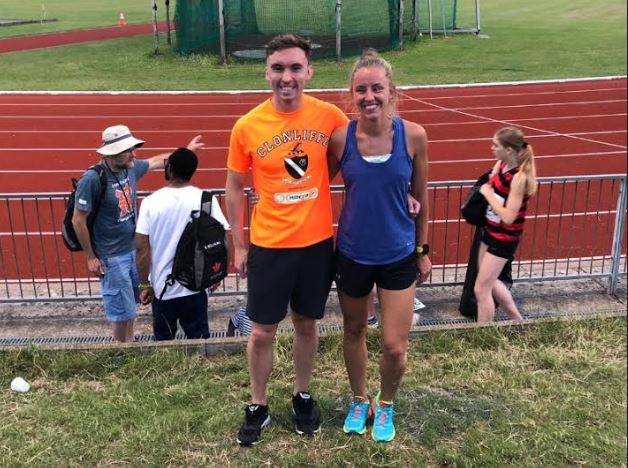