Billy was the main driving force behind the establishment of Clonliffe Harriers as one the top clubs in Ireland and one of the most well known throughout the world of athletics.

During his time as club secretary from 1943 to 1969 he attracted the cream of world athletics to compete against the best of the Irish in venues which regularly attracted crowds in the tens of thousands.

These meetings reached their peak in 1958 when 3 world records were set at the newly acquired club stadium in Santry.

His legacy continues to this day through the organisation of the Morton Games which are now the premier Track and Field in Ireland.

Photo shows Billy with the famous shovel which was used by Ronnie Delany to turn the first sod in Santry. 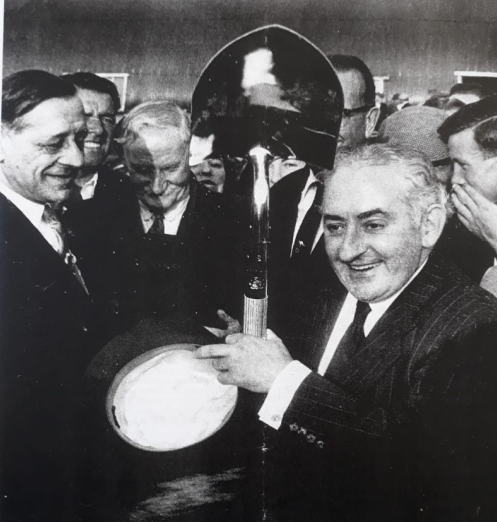