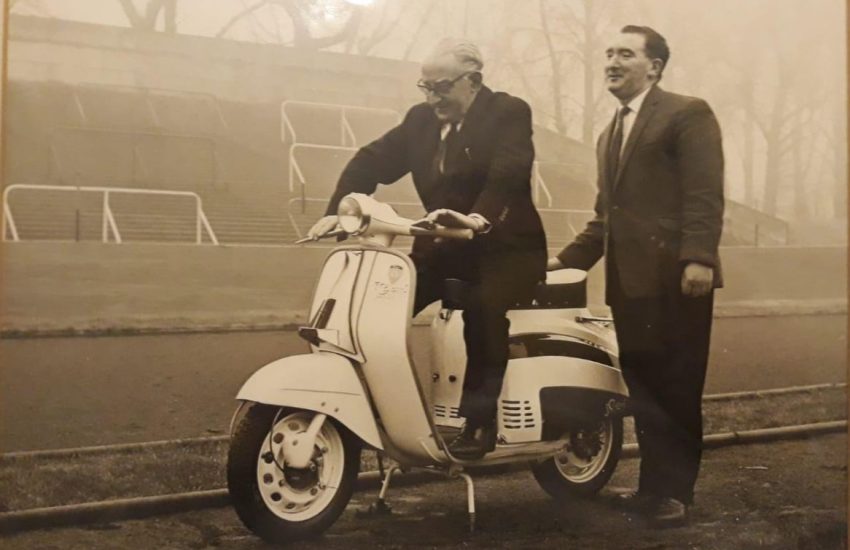 You may recall a photograph resurfacing a number of months ago when Mick Fogarty was given a photograph of Billy Morton riding a scooter on the track in Santry Stadium. We wondered what the circumstances giving rise to this where. Was Billy Morton auditioning for a part in The Who’s “Quadrophenia” ? Well Dominick Branigan has now solved the mystery. The photograph goes back to 1965/66, the other gentleman in the photograph is called Johnny Reid, he owned a motorbike shop situated on Berkeley Road, Phibsboro where Billy had his opticians business, the scooter had been donated by Johnny to Clonliffe Harriers where it was to be raffled as part of the clubs fundraising ventures. Billy managed to reel in Dickie Rock to help promote the raffle and indeed apparently even managed to get an appearance on the Late Late Show. As a show of gratitude to Dickie Rock he was presented with a Clonliffe medal .That also solves another of the Clonliffe mysteries: “why was Dickie Rock presented with a Clonliffe medal?”