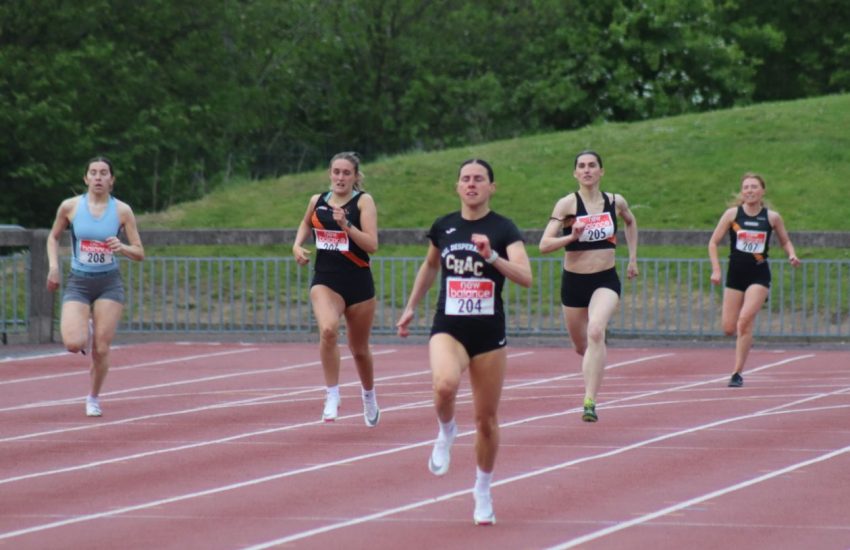 Last night was the 2nd night of the 2022 club Championships. On the card was the men and women’s 400 and the men and women’s 5000. Once again proving to be a fantastic Clonliffe club night with in excess of 100 club athletes taking part on what was a great night for running, it was a little humid (thankfully) but there was little or no headwind to cause a problem.

The 400s for both men and women were split into A and B races. The women’s 400 A race produced a superb performance by Leah Bergin who ran an excellent 57 seconds to retain her club 400 title. Leah was comfortably clear of the rest of the field, Snezanna Bechtina was 2nd in 60.18, guest Rebecca Ward was 3rd with Lauren Carr 4th and 3rd Clonliffe. In the B race youngsters Rebecca Walsh and Ava Usanova excelled with Rebecca winning in a very impressive 61.38, the 3rd fastest Clonliffe time of the night, Ava ran 62.98. On then to the men’s 400 A where new Clonliffe member Adrian Iordan, an 800 man, tore down the back straight running away from the field to become the 2022 Clonliffe club champion in a time of 50.03. Young James McDonnell ran a great race to place 2nd in 51.55 with another of the young brigade JD Kelly 3rd in 51.89. The B race was won by yet another youngster, Jonny Fitzsimons in a nippy 54.61.

.The 5000 club championship, a mixed race, drew a huge field, even after the event was split into 2 some 40 athletes lined up for the A race. The field was led a merry dance by Sean Doran who opened a lead that was all of 100m on the chasing pack within the 1st mile, that lead grew to maybe 130m and in the end Sean was a clear winner to make it a club distance double, having claimed the 10,000 last week, Sean’s time (unofficially) 15.27. In 2nd place was Tom Sherlock, who filled the same position in last week’s 10,000, and in 3rd place, Cathal McHale. First woman in the A race was Jennifer Elvin (Finn Valley) , who was guesting, 1st in the women’s championship was Rachel McFadden with Clodagh Galvin 2nd. The third-place finisher in the club championship for women came from the B race Elaine McLaughlin who finished 3rd in that particular race.That B race, again with a bumper field, was largely paced by Philip O’Doherty bringing the field around the distance in 20 minutes. The race winner was declared to be Ray Lohan, having crossed the line 1st but continuing for an additional lap. Philip Matthews was next in meeting his goal of sub 20 (19.58).

As always a big thank you to the club’s officials and coaches. Next up is the club 1500 and 200 championships on May 19th.