The annual senior Clonliffe Christmas Cake Races took place in Santry tonight. The Cake Race of course has been held in Santry in recent years on safety grounds and with the race starting and finishing on the track and of course the clubhouse being available it has proved to be a great shot in the arm for this particular event.  Once again there was a great turnout of athletes from the older juveniles (U/16s) right through to the Masters in both the ladies and men’s race.  Both races were held on the ‘Northwood loop’ over 5000 metres and of course the races were run on a handicap basis with the ‘slower’ athletes (or those who have managed to fool the handicappers) off first right down to the scratch athletes going last.

The ladies race got underway at 7.30 sharp with a very good field taking part and was won by Aideen Brady with the fastest athlete on the night being Alannah Cooley. At 8 p.m. the men’s race got underway, again a huge field of club athletes taking part.  From the large field the winner was  Thomas Baltazar the fastest man on the night was Adam OBrien  with a time of  15.08.

The prize giving took place in the clubhouse after with the respective captains, Pamela Cooper and Joe Cooper making the presentation to the winners.

There then followed the presentation night starting off with presentations to victorious underage cross country teams: the bronze medal U/17 boys team of Aaron Cullen, Daniel Stone, Ben Guiden, Ian McAlweeney, Dermot Buckley and Thomas Baltazar. Aaron Cullen was also presented with the Juvenile Athlete of the Year trophy.

The U/18 team won the National and were presented with their National medals. The winning team was Eferon Gidey, Craig Giles, Daniel Lacy, Ben Guiden, Stephen Cashin and Jordan Byrne.

National medals were then presented to the men’s marathon teams. The winning team of Gary O’Hanlon, Stephen Scullion and Sergiu Ciobanu and the 2nd place team of David Mansfield, Karl Nolan and Robert Reid.

The club President Paddy Marley continued with the presentations to the club’s National 2017 Champions:

Men’s Javelin Stephen Rice and National Marathon champion Gary O’Hanlon (Jeremy Philips was also the national 100 champion but was home in the USA).

Women’s track and field athlete of the year: Leah Moore

Men’s track and field athlete of the year: Brian Gregan

Joe Cooper as club captain then announced his selection as the Clonliffe Harrier of the year. Joe was making the presentation to a young athlete who since joining Clonliffe has been a tremendous asset to the club initially in the juvenile ranks, then in the junior ranks and has progressed to the senior team.  An athlete who is always available for selection and always competes, in whatever discipline with distinction.  This athlete has assisted the senior team in the winning of the men’s track and field league, both indoor and outdoor in recent years, he has also been a member of the junior cross country team and indeed the novice cross country team and is also a proficient race walker.:

The Clonliffe Harrier of the year: Greg Hosseny.

The club would like to congratulate all of our athletes for their efforts during the course of 2017 which is greatly appreciated, the club would also like to thank our wonderful coaches, our supporters, our club sponsor Hireco and all who have contributed to the club’s successes throughout 2017, a year in which the club was recognised by Athletics Ireland for the third successive year as the Irish performance club of the year.

Happy Christmas to one and all. 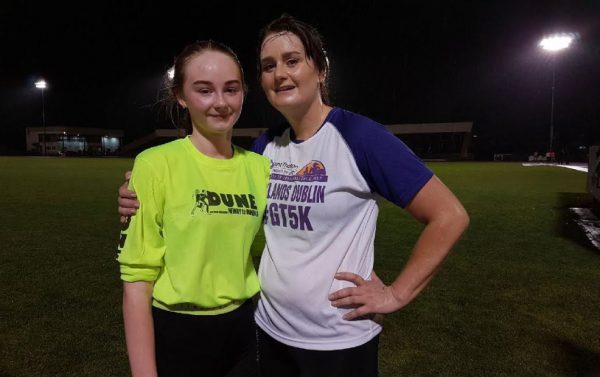 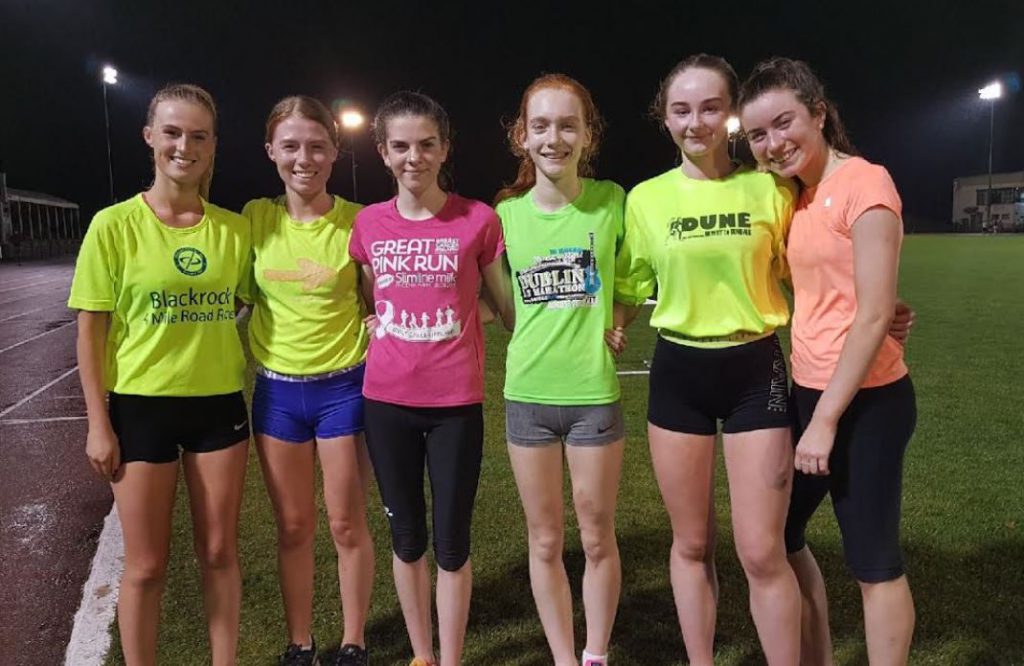 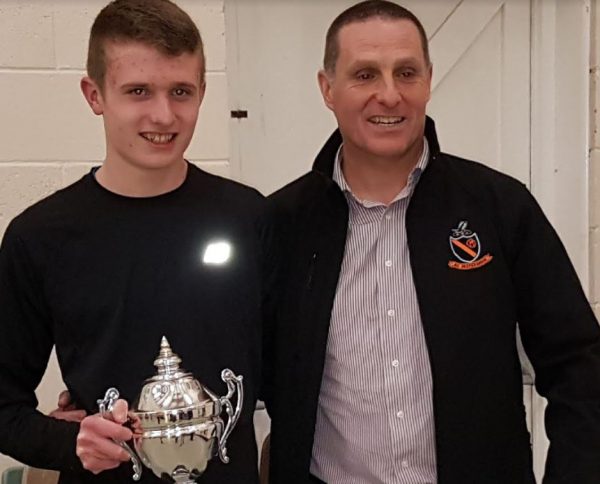 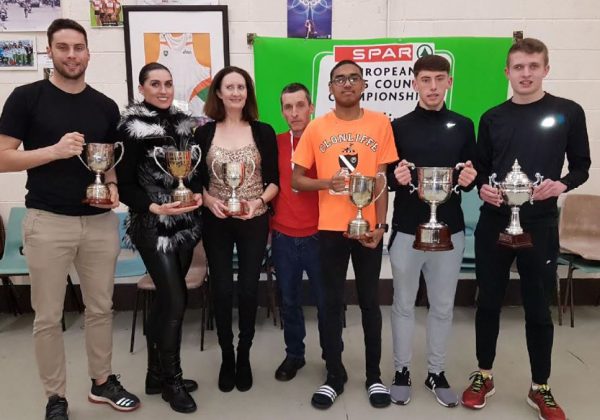 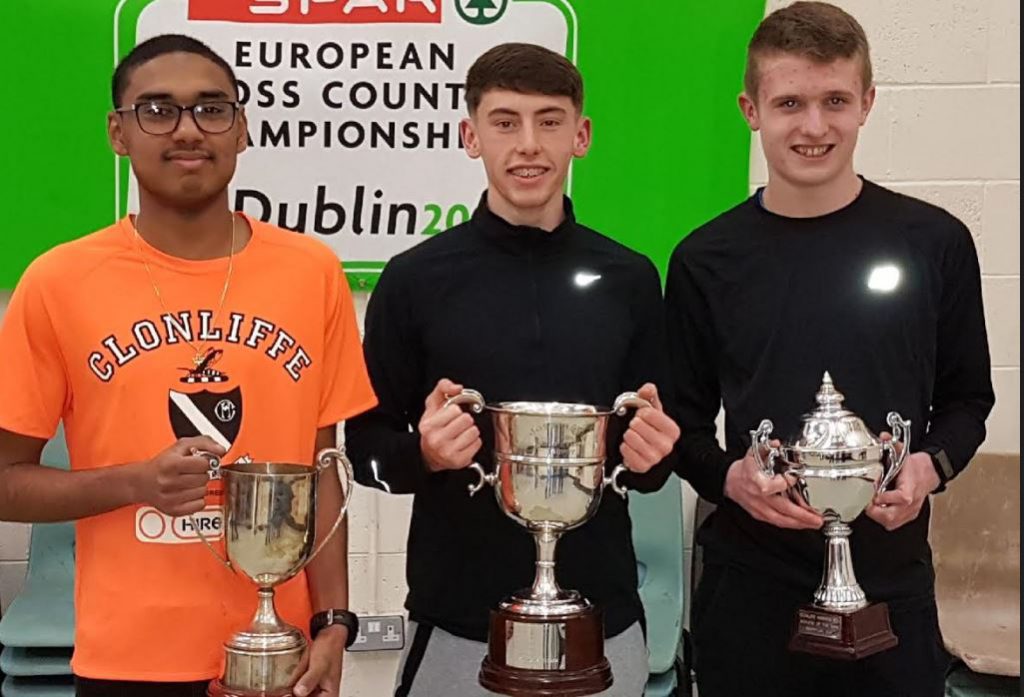 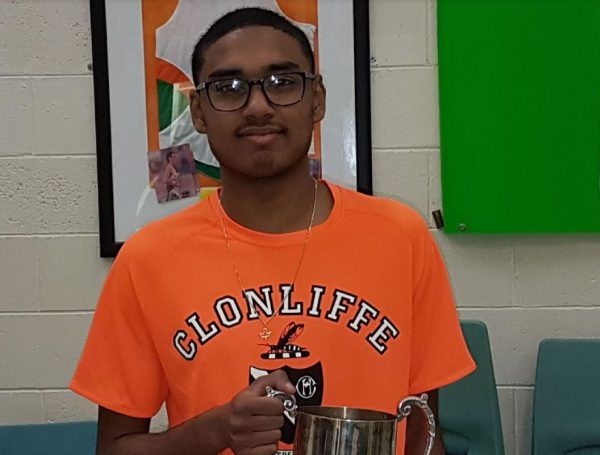 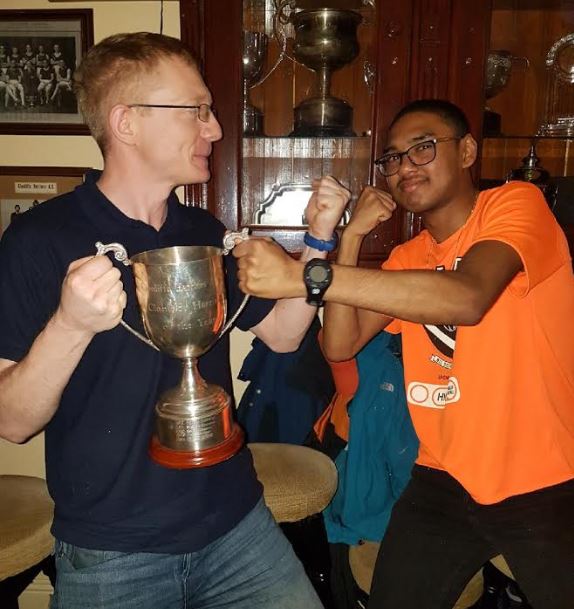