Weekend round up as of Saturday. Today`s action centred around the club`s up and coming athletes who were competing both Internationally and Nationally at cross country and on the boards. First off by all accounts Cathal Doyle had a very solid run in the Schools International Cross Country held in rain and mud of Canon Slade Schools grounds in Bolton, England. Cathal, today winning his 2nd Schools International cap, finished in 19th place as the Irish Inter boys placed 2nd on 61 points behind England 26 points, with Scotland 3rd on 119 points and Wales (144) 4th. 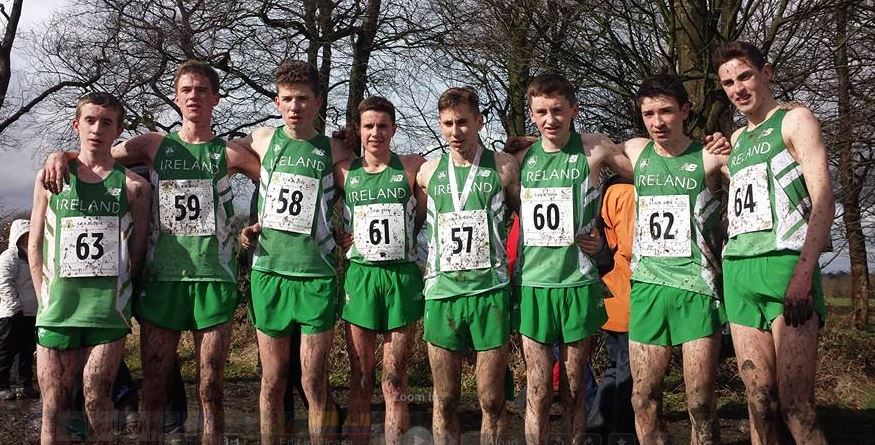 At home Athlone IT was the venue for day 1 of the Woodies National Juvenile Indoor Championships. Clonliffe athletes competing there today again aquitted themselves well Megan Coomber was 4th in the U/19 60m (8.06) final, Megan goes in her favoured Long Jump tomorrow. Jasmine Hales was 5th in her U/18 400m heat in 65.63 and Sean Carrigg placed 5th in his U/17 1500m heat in 4.31.31.

Tomorrow`s events in Athlone will see Clonliffe athletes in the 200m and 800m races as well as Megan in the Long Jump.