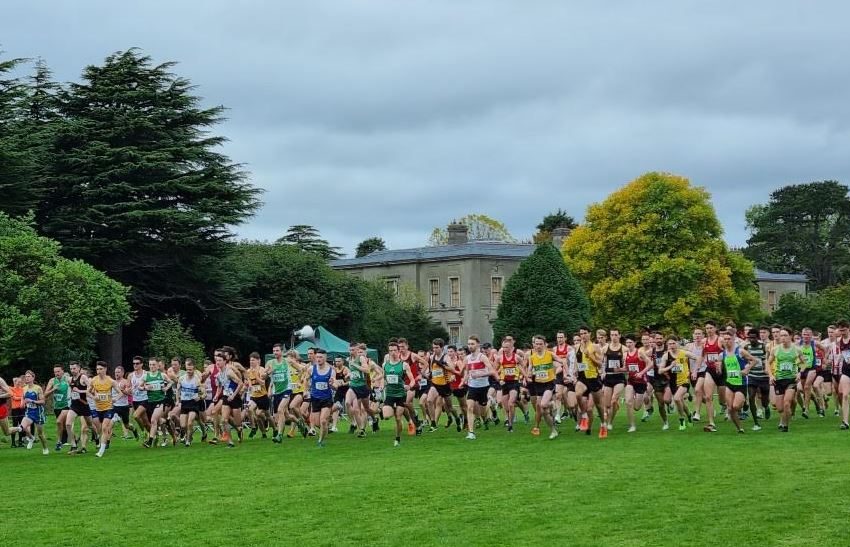 It was quite a satisfactory exercise for some of the Clonliffe men to get the wheels turning again on the country for the first time in some two years at this afternoon’s autumn cross country in Abbottstown. The national cross country course was in excellent condition with fast underfoot conditions, substantial work have been carried out for the upcoming European Championships, this coupled with the dry weather made for very fast downhill conditions but of course Abbottstown does feature several long uphill drags all of which made for a testing enough race.

The race somewhat frustratingly includes seniors, juniors and masters with the juniors ‘peeling off’ with a lap to go while the seniors and masters continued on for the 8000 distance. The results are also a little difficult to follow as they are categorised. In any event from a Clonliffe perspective both Sergiu Ciobanu and Ian Guiden will have benefited enormously from the run out, Sergiu in particular ran a fine race to finish around ninth overall and 2nd M35 in 23.46. Ian finished around 20th, 16th senior in 24.31. A fine run also from Sean Doran who was 28th senior in 25.38. Tom Sherlock was 6th M35 (26.10) Eoin Taggart was 30th senior in 26.18. Next in running a first race in several years for Clonliffe was Brian MacMahon 8th M35 (26.24).

Of the juniors it was a mixed bag, unfortunately Darren O’Dwyer making his Clonliffe debut suffered a hamstring injury and had to abandon ship mid race. Niall Carbery had a solid outing finishing 19th in 20.25 with Darragh Carter 29th in 21.33.