Report by Thomas Frayne: Today`s championships were the first Leinsters in the National Indoor Areana Abbottstown and accordingly drew great numbers of athletes competing in Junior, Senior and Masters. Whilst this meant a long day it was a most rewarding day for the Clonliffe crew.

In the morning session a number of the club`s juvenile athletes (ages U/16 to 18) and juniors took a break from the cross country circuit to run indoors and all performed admirably. The junior boys 1500 saw all three athletes put in very strong runs: Craig Giles with a 4.11.35 run was a very strong 2nd, further back both Ben Guiden and Daniel Stone running as juniors for the first time were very solid finishing 4th (4.26.84)  and 5th (4.27.31). Silver also for Alannah Cooley in the junior girls 1500 after a fine run in 4.58.07, younger sister Cliona battled gamely finishing 8th and will benefit from the experience. Later in the afternoon the 800s took place. Cian Bolger, an U/17 athlete, looked like a seasoned athlete in a bumpy physical race and ran an indoor pb of 2.02.50 in placing 5th. In race 2 Shane Ferris running his first race since last Summer ran a solid 2.05.11 to win with Conor Monahan  further back in the pack (2.17.05). A good experience gainer also for Hannah Browne in the junior women`s 800 finishing in 6th place in 2.31.61. 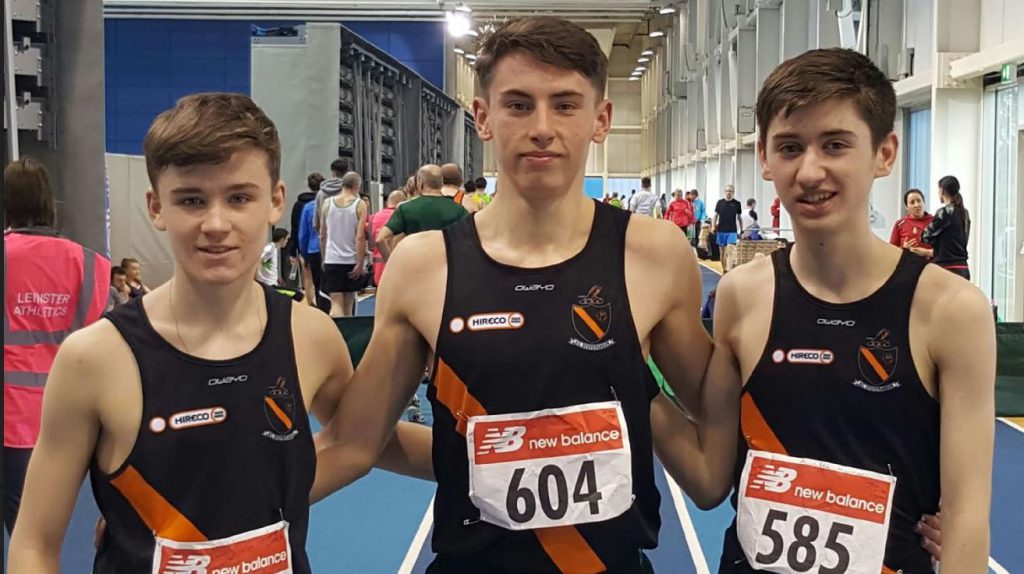 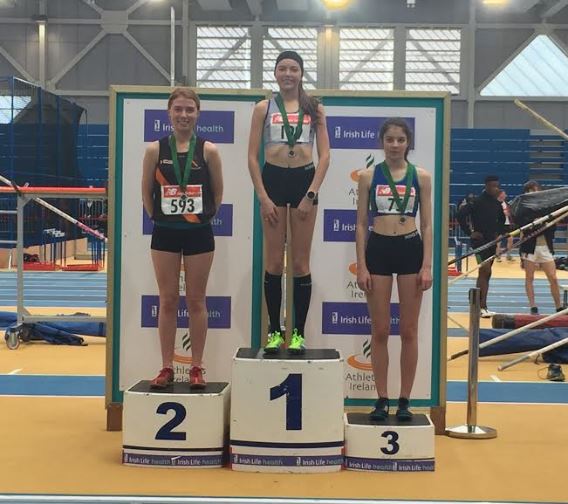 Finishing off some excellent performances from the club`s junior athletes was a strong performance from Sean Carrig in the Junior Men 3000m winning, at a canter in 9.08, a full half lap ahead of the second placed runner.

Moving on to the Seniors and Masters, there were plenty of indoor PBs and winning performances from a big Clonliffe contingent.

Martin Treacy had a steady run into 6th place in the O/55 1,500 in a race featuring the biggest field of the day with 17 athletes competing.

In the field events Keith Marks was in good form winning the senior long jump (6.74m), likewise a win for Niall Counihan in the triple jump (13.91m) and silver in the pole vault for Rolus Olusa (3.70m). Frances Mansfield one again kitted out in the masters shot winning the O/70 with a best of 5.21m.