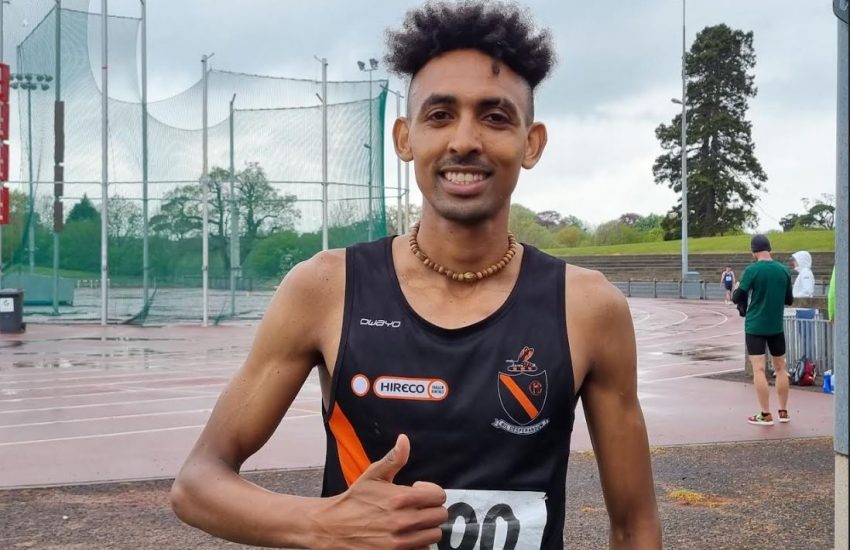 Stephen Bateson reports: In the town of Schifflange in southern Luxembourg, the 19th Cercle Athletics  Schifflange took place today. Efrem Gidey won the 5000m beating the Belgium Grimard in 2nd  and the impressive Jake Smith into 3rd. The race was hampered by a number of withdrawals from an all ready small field, however Efrem could only beat who was there. The time was a relatively slow 13:56:62, but was never going to be a fast race given the temperature of 27 degrees and the small field.
In the A1500, Cathal Doyle raced for the 2nd time this week and despite putting in a huge effort with 60 secs laps was never able to make it through the field. He did beat a number of faster athletes but was not able to get to make up the gap. He finished in 7th in 3:41:10.