The Clonliffe men scored the perfect finishing result at yesterday`s Half Marathon in Galway Bay Running Festival, filling the first four places. Making his return to the road racing circuit after the World Championships Marathon in Moscow was Sergiu Ciobanu who lead the field home in 67.11. 2nd was Brian MacMahon 71.18, 3rd Declan Power 75.25 and 4th Gary O`Hanlon 78.53. Gary did a double race in Galway. Before the half marathon he won the festival 10k in 33.31, and after a 30 minute rest took to the line for the half. 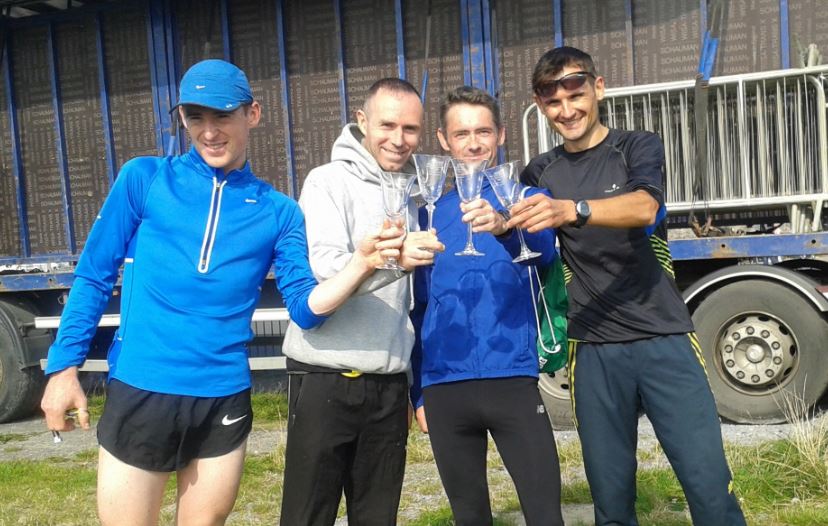 To complete the weekend round up at this morning`s Rathfarnham 5k road race Tom Sherlock showed no ill effects from yesterday`s club cross country in placing 35th in 16.43.

Also yesterday (Sunday) Gary O`Hanlon ran another double in the Curragh, The Jog for Jockeys 10k and 5k, winning the 10k in 33.59 and placing 2nd in the 5k.