At this afternoon`s Athletics Ireland Awards lunch, sponsored by GloHealth, Clonliffe Harriers AC received the prestigious award of “Club of the Year”. This was fitting recognition for the club with this year`s winning of the Senior men`s cross country title (twice!), the national track and field league, the women`s team were bronze medallist in the league, and the club`s athletes won national track titles both indoor and outdoor. Accepting the award on behalf of the club was Irish International Sergiu Ciobanu accompanied by fellow Harriers Brian Gregan, Dara Kervick, Ciara McCallion, Leah Moore, Ian Guiden, David Flynn and Timmy Crowe.

In what was a great afternoon it was a great delight to see sprints coach John Shields receive long awaited recognition by being presented with the “Services to coaching” award to a standing ovation from the attendance. John was then surrounded by several members of his ever expanding stable of crack sprinters for the photographs.

There was a great turn out for the occasion from the club including President Paddy Marley, Secretary Noel Guiden, Captains Joe Cooper and Pamela Cooper, Maurice Ahern, Johnny O`Leary, Noel Daly, Noreen Keane, Caroline and Paddy Tuite and guests Helen Flynn of Hireco, our club sponsor, and Sean Callan. 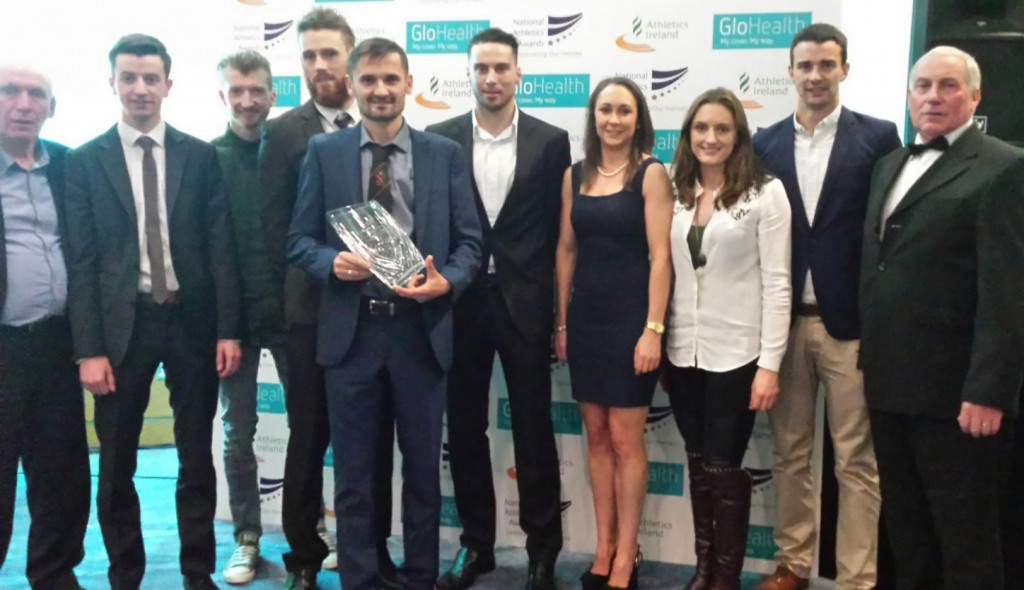 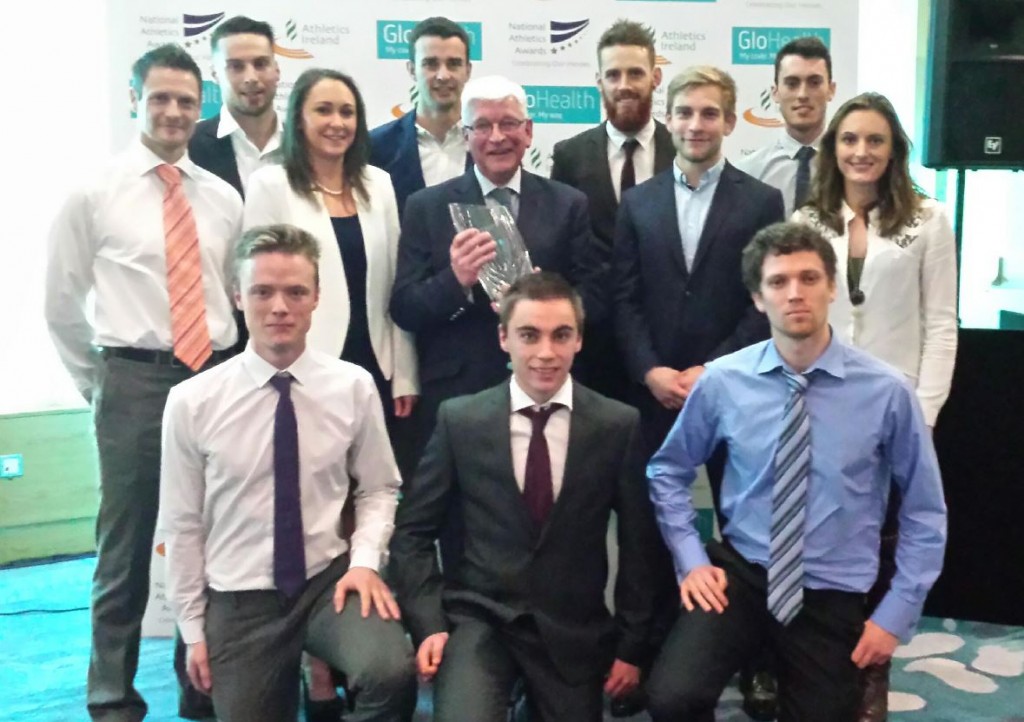 Services to Coaching award winner John Shields with members of his sprint group.