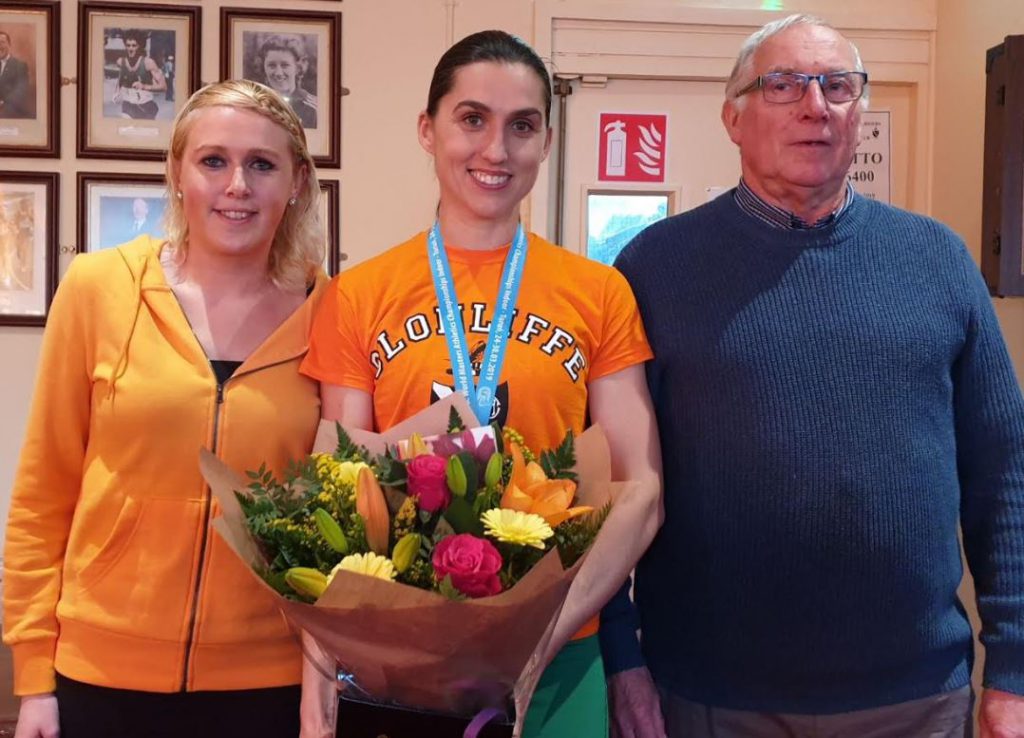 Snezana moved to Ireland fourteen years ago back in 2005 from her native Lithuania. She has become a valued member of Clonliffe Harriers, contributing enormously to the ladies track and field team, the highlight of which was the winning by the women’s track and field team of the Division 1 title in 2011 and in recent times she has covered a multitude of events: sprints, walks, jumps, pole vault and relays. Upon moving into the Masters ranks, however, she has blossomed as an athlete. Her main focus has been on the 400 but she became the dominant Masters sprinter in Ireland winning national titles indoor over 60, 200 and 400 and outdoors over 100, 200 and 400.

International success has followed in recent years with Snezana medalling at the Masters Indoor Championships in South Korea in 2017 taking silver in both the 200 and 400. In 2018 she won her first international title winning 400 gold at the European Masters Indoors in Madrid. At the 2018 World Masters in Malaga in September of last year she won 200 bronze and 400 silver.

Moving on then to March of this year, the World Masters Indoor Championships took place in Poland where Snezana in the 400 took silver in 58.14 and then on the 29th of March became a world champion winning the W/35 200 in a time of 25.68.