The Clonliffe senior men’s track and field team made it five national indoor titles in a row at the NIA Abbottstown today. A battling performance from the senior women saw them narrowly miss out on the medals finishing fourth, a mere four points away from bronze.

The men had come into the days round with a 10 point lead and truly never looked like relinquishing that advantage. First into battle today was young Val Strogonovs in the 200 where he placed fourth in his heat in a PB of 22.63. Next in was Eoghan Murphy in the 1500 who ran a tactically astute race sitting at the back of the pack and then over the final three laps moving comfortably from 8th to 4th in the process running a 12 second PB of 4.13.27. Experienced campaigner Timmy Crowe contributed valuable points in the 400 finishing second in 50.23. In the field events debutant Augustyn Tchorzewski also chipped in valuable points finishing second in the triple jump (12.77). Maximum points were contributed, yet again it must be said, by Keith Marks in the high jump winning on count back with the best of 1.85. Finally the relay team of Keith Pike, Val, Keith Marks and Pascal Touche (with the latter easing up big time over the final bend) comfortably won their heat but ended up second with a time of 1.30.56.

The team standings showed Clonliffe clear winners on 94.5 from GCH 76 points and Nenagh Olympic third on 69 points. Thus a 5th national indoor league title in a row has been captured from the six such competitions to date.

The women’s team started the day in third place and battled grimly to try and hold that precious bronze medal. In the end it was not to be however there is huge potential for the future. Star of the day with a new club high jump record of a magnificent 1.75 was Shannon Sheehy. Top performances also put in by the whole squad: 200 Lauren Carr second in her race (26.11), 400 Leah Bergin also second in her heat (59.70) and like Lauren third overall, Laura Tuite 7th in the 1500 (5.00.08), and then a great effort by the relay team of Rebecca Fitzsimons, Leah Bergin, Shannon Sheehy and Lauren Carr a magnificent second in 1.44.45. 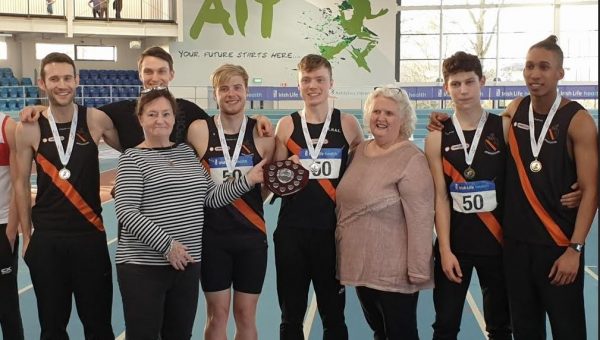 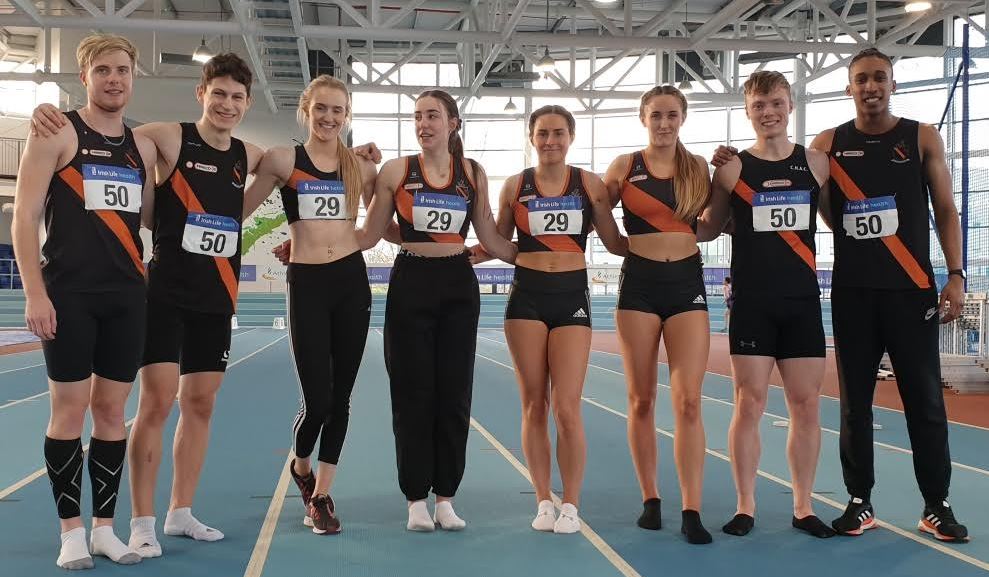 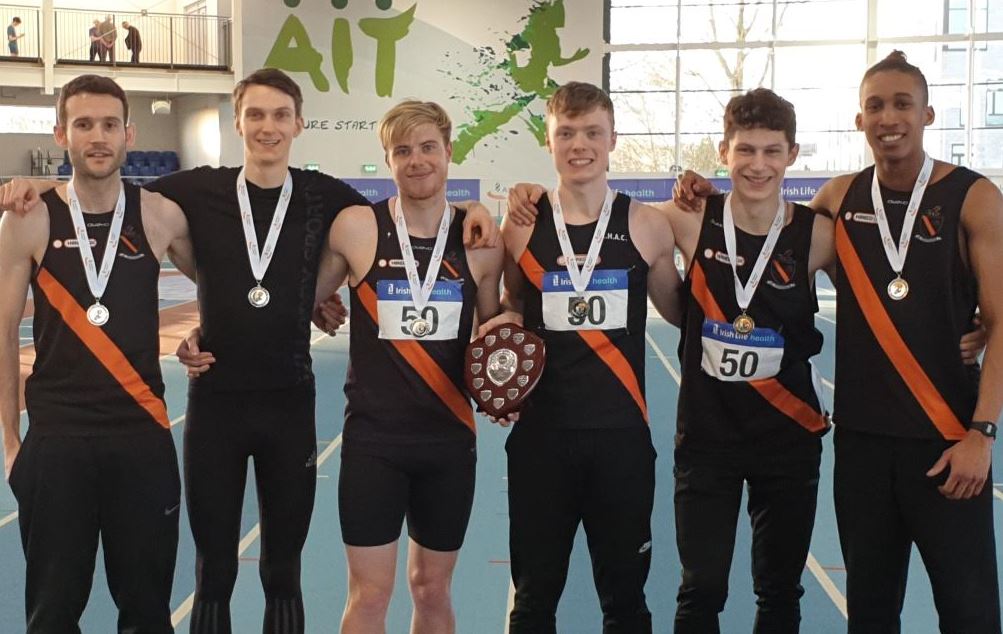 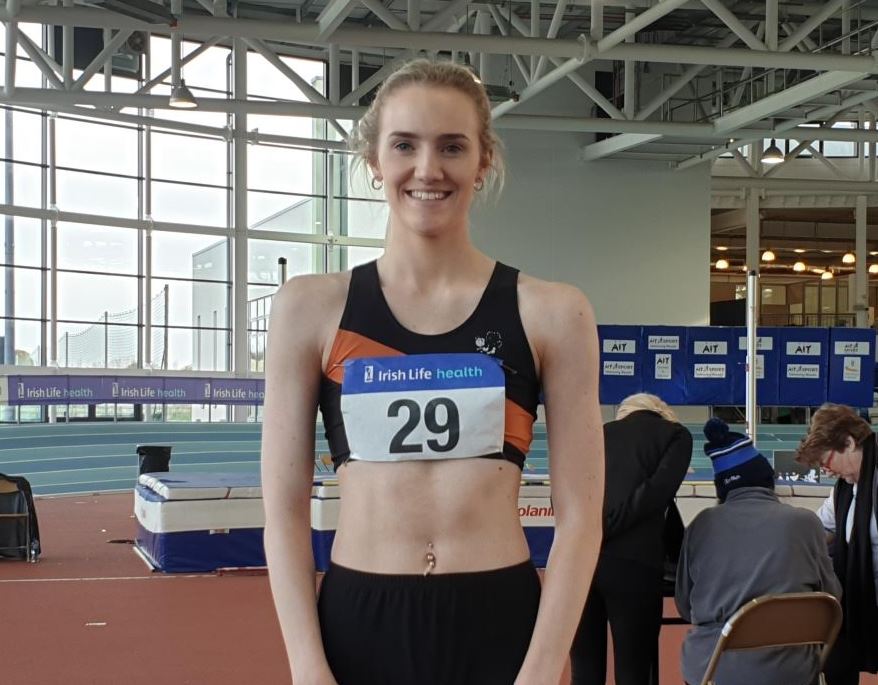 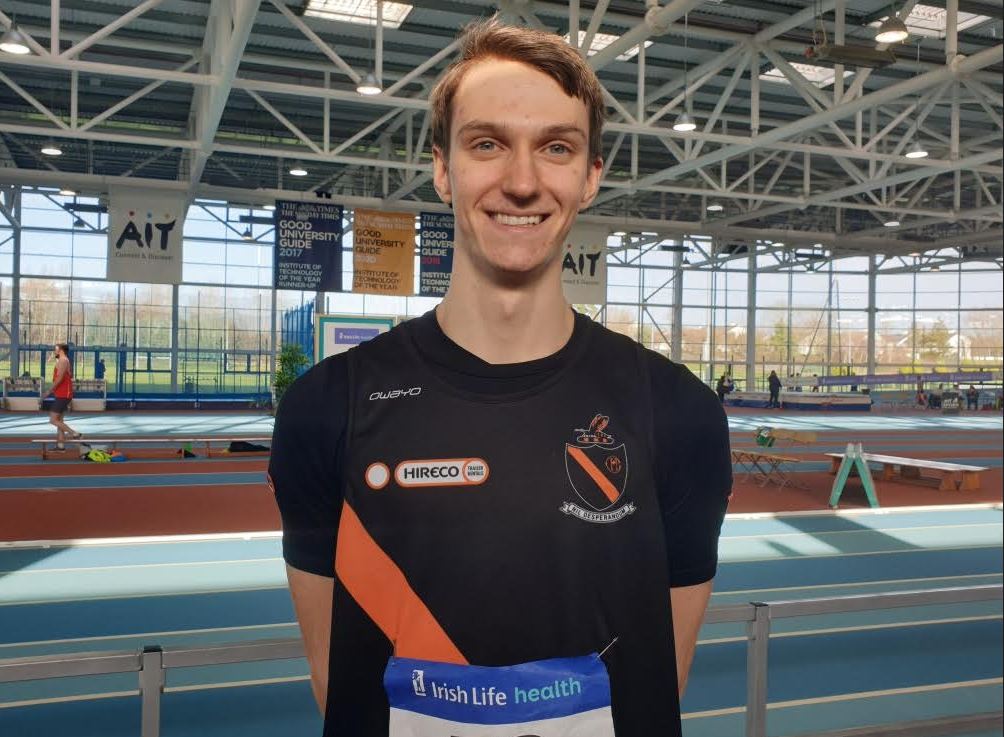