For the second time in Clonliffe`s long history a junior team will compete in the European clubs cross country in a little over two week`s time. The team consists mainly of the athletes who won the National junior cross country in Abbotstown at the end of November was announced by club Captain Joe Cooper tonight: Adam O`Brien, Sean O`Leary, Alex Gibbons, Joey Hession, Sean Carrig and Craig Giles. Reserves: Daniel Lacey and Thomas Ward.

Clonliffe did qualify for last year`s championships, as indeed did the seniors, however, with those championships taking place in Turkey for obvious reasons the decision not to take part was made. The club`s only previous appearance in the junior European clubs cross country was in Bilbao in 2010 where an excellent 6th place was recorded by the team. The juniors also competed in the European clubs track and field in Leira, Portugal in 2012.

This year`s championships take place on February 5th in Albufeira, Portugal. The teams competing are: 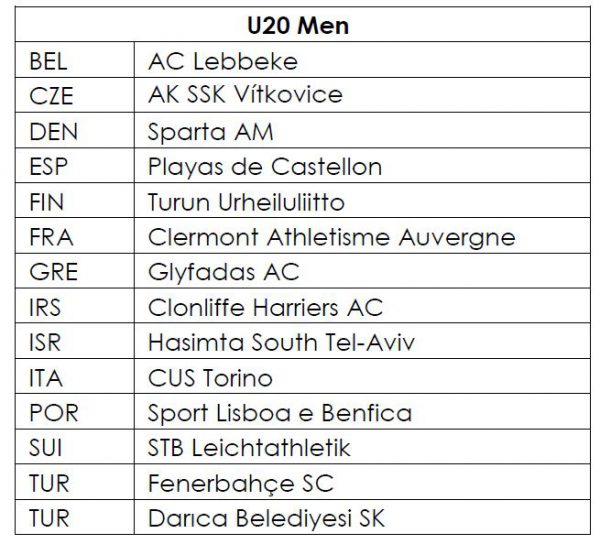