Day 2 of the Dublin Juvenile Track & Field brought the Clonliffe contingent south to the Tallaght Stadium today. It was a blisteringly hot day with the sun beating down on the heads of all. Hot as it was track side on the track itself the black and amber brigade proved too hot to handle with the athletes picking up where they had left off on Friday and numerous Dublin title where taken back across the Liffey to Santry. 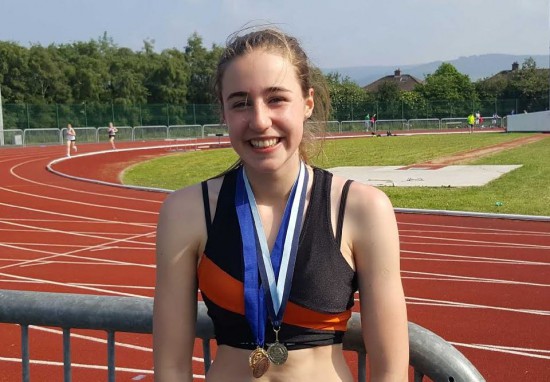 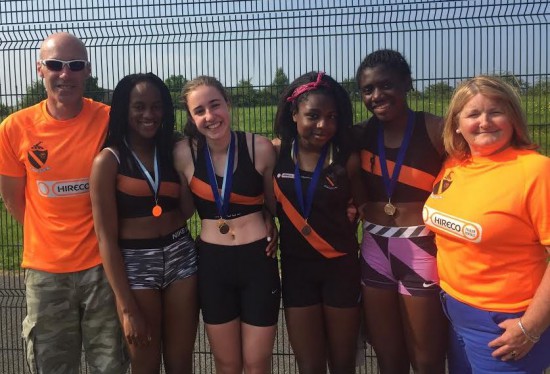 The girls got the title rush underway as Sally Sumola took the U/13 long jump and took silver in the 80m. Fantastic performances from the sprinters where in the U/16 100 Rebecca Fitzsimons took 100 gold (Rebecca taking a set of medals home: silver in the 250h and bronze in the high jump), Success Osuoha was 3rd in that 100 with Jesscia Dedeko 4th. Also from this group Rapha Diamond Ebbs was 1st in the shot and 2nd in the high jump. Fia Donnelly won the Dublin U/19 100 title. 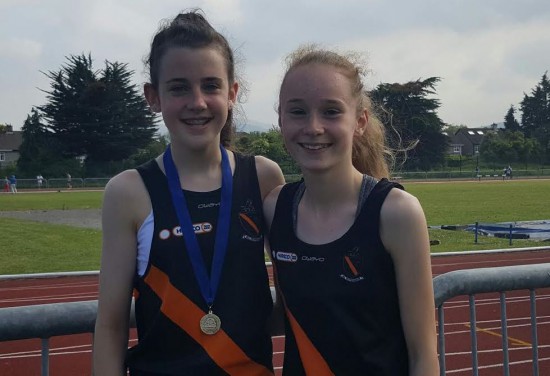 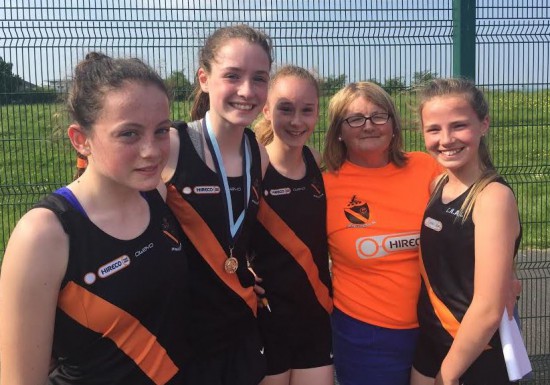 In the 800s after heats a great number of the Clonliffe U/14 and U/15 group made their finals. In the final of the U/14 race Emma McDonnell was majestic in winning the Dublin title, likewise a truly superb run in the U/15 final by a battling Amy Hodson to also win the Dublin title. 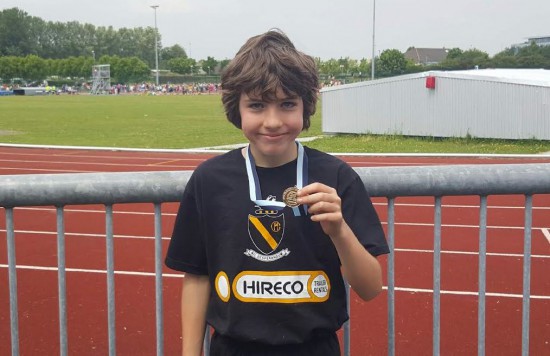 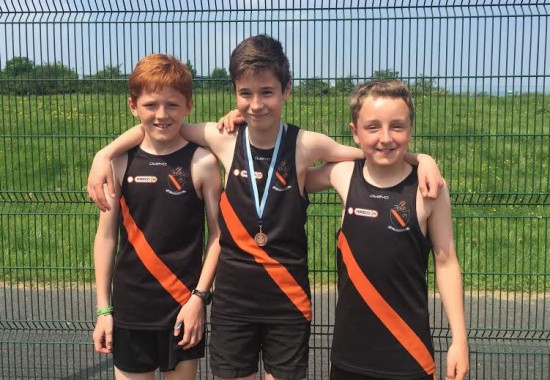 The boys were also out today in great numbers. In the younger age groupings Jonathan Fitsimons won U/12 600 gold and was later 4th in the 60. John Nyberg 3rd in the U/13 long jump. 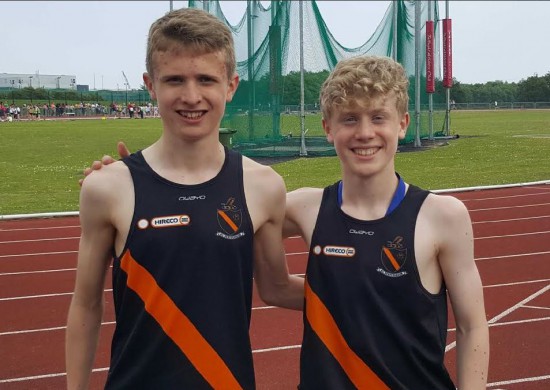 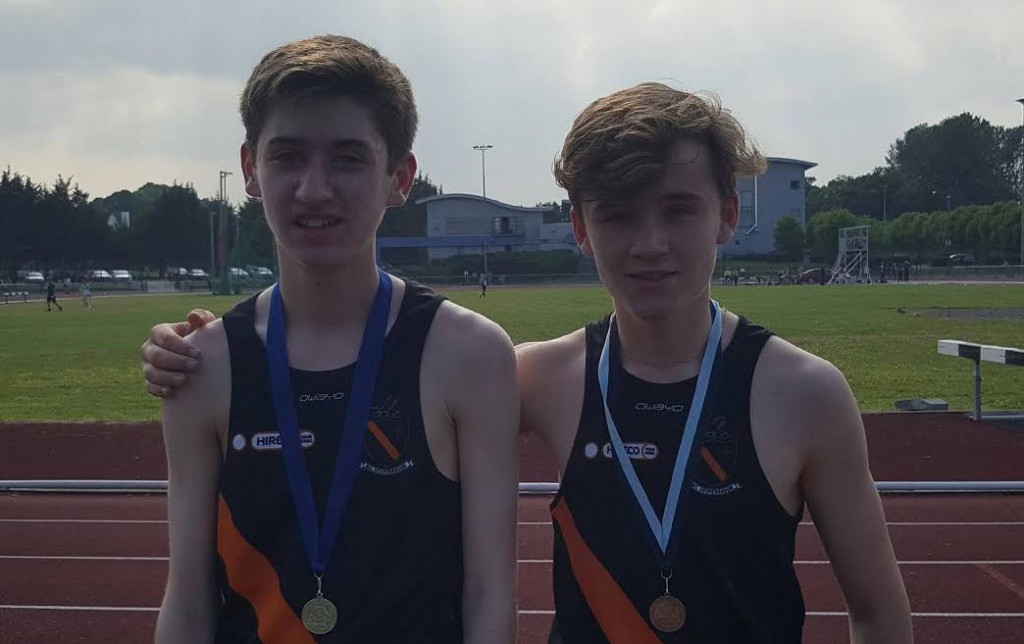 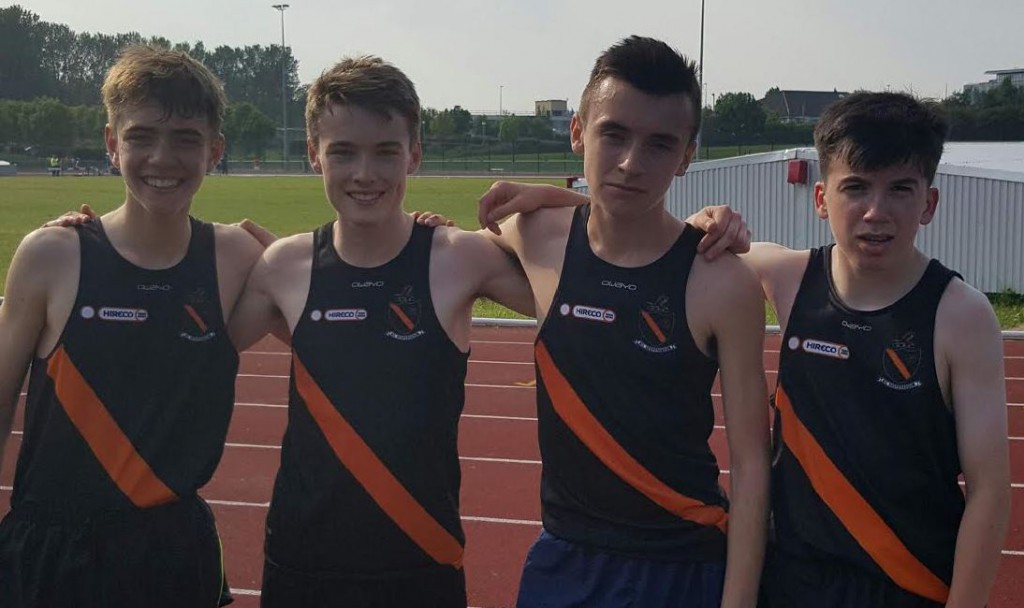 Later, much later, in the evening the 3000s took place. Ben Guiden was 2nd in the U/16 race with Daniel Stone, making an impressive Clonliffe debut placing, 3rd. Daniel Lacey was just excellent in the U/17 race taking a fine win. The U/18 and U/19 race was mixed Adam O`Brien as expected was a class apart running the legs off the field to win (U/19), Thomas Ward was 2nd U/19 and Alex Hogan 3rd U/18.

So in summary another great effort in tough hot conditions. Next Friday the championships return to Morton Stadium where hopefully the girls and boys will put on another “Nil desperandum” display.