A pretty successful day at HQ today for the Dublin Cross Country Championships all round from Juvenile right through to the senior men. The highlight was the senior men’s capture of the Padraig Keane Memorial Cup as Dublin Champions. This was the first time the cup, presented by the Keane family in honour of Clonliffe legend Padraig, has been won by a Clonliffe team. A proud and emotional moment for both Padraig`s family and club mates.

The day started off with the U/11 Clonliffe girls and boys all putting in strong runs over their 1000m race distance. Next up the U/13 girls where the team again performed very well with stand out runs from Sorcha O`Connor, who placed an excellent 10th to qualify for the Dublin team an Nationals and Sarah McDonnell, Rebecca and Kate Faherty. Likewise strong runs from the U/13 boys particularly from Sean Cronin in a superb 4th place to also qualify to run for Dublin in the Nationals. Good runs also by Cristain Finn and Devin.

The u/15 girls all battled away throughout the race distance of 3,500m and just missed out on medalling in 4th place: Orla O`Sullivan, stepping up an age group, 22nd, Naoise Cullen 23rd, Amy Sheehy 28th, Lara Gallagher 29th and Hollie Foy 33rd.

Silver also for the U/17 girls over 4000m with Sarah Bateson putting recent injury behind her to lead home the team in 7th, next in was Aoife Hession 8th, Ella Brown 11th, Katie Halpin 14th, Alana Fitzsimons 15th, Ella Cooley 16th, Vicky McDonnell 17th and Cara Curren Beggs 21st. With half of this team stepping up from U/16 it makes things even more encouraging.

Gold (on the double) also for the U/19/Junior women, on the double as the team of Hannah Browne 6th, Tess Loftus 8th, Aimee Warren 9th and Cliona Cooley 10th won both championships.

The U/19/Junior men`s race was totally dominated by Sean O`Leary. From the off he was gone and built up a lead of 30 plus seconds at the finish. U/18 athlete Ben Guiden put in a strong run to place 7th, next in was Jordan Byrne 8th, Stephen Cashin 10th, Daniel Lacy 14th, Jarlaith Jordan 15th, Thomas Baltazar 17th and Ryan Sheridan 23rd. The team took junior silver and with a scoring 4 of Guiden, Byrne, Cashin and Lacy also took U/19 silver.

Finally then the senior men. The Clonliffe men looked like they meant business from the gun with Colm Rooney, Cathal Doyle and Adam O`Brien well up in the lead bunch. Adam O`Brien had a footware issue and ended up racing shoeless and consequently loosing places, however, both Rooney and Doyle held strong, both ran superb last laps to romp home 1st (Rooney) and 2nd. With Eoin Taggart running well to take 7th, Sean Doran 12th, Tom Sherlock 15th and Adam O`Brien grimly holding 18th these scoring 6 took the Dublin team title and on course were presented with the Padraig Keane Cup by Padraig`s wife Mary. 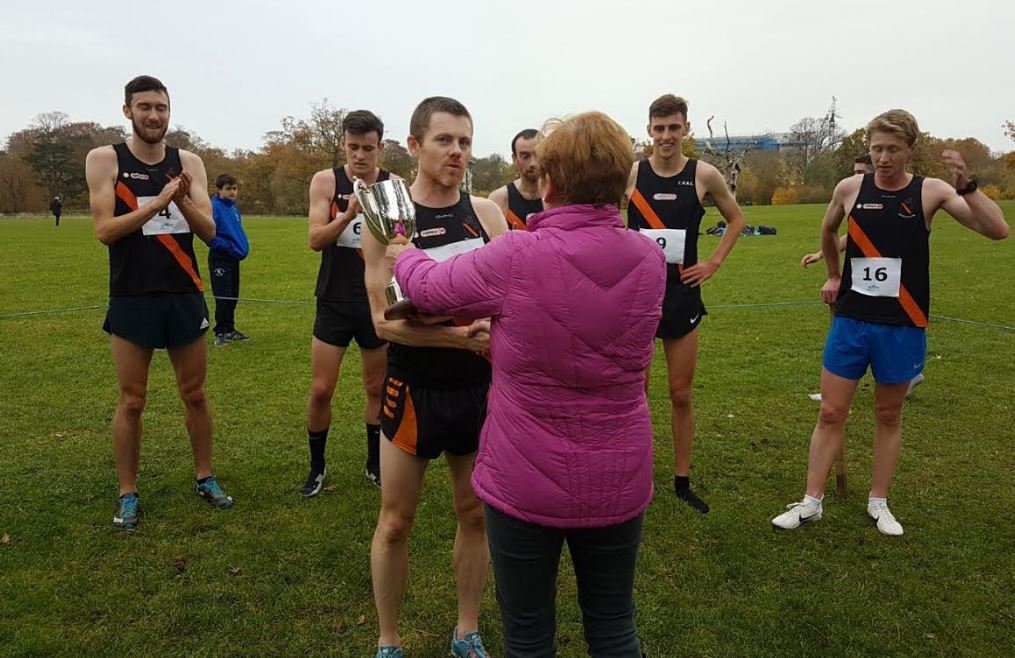 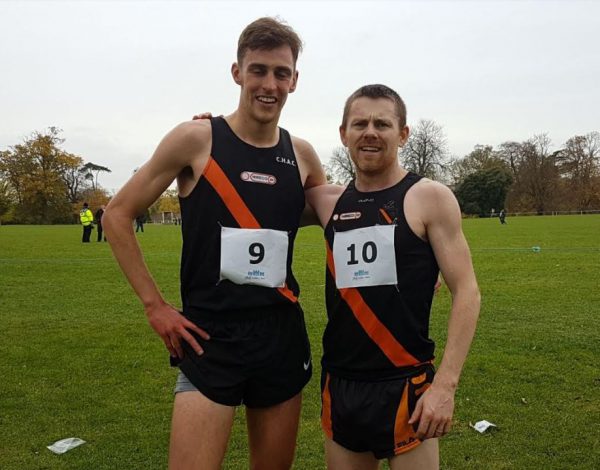 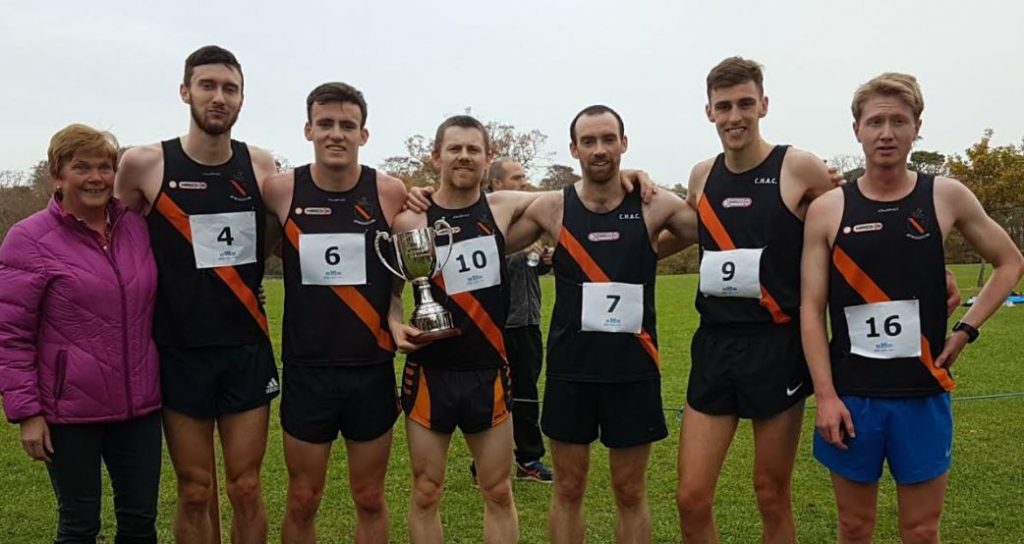 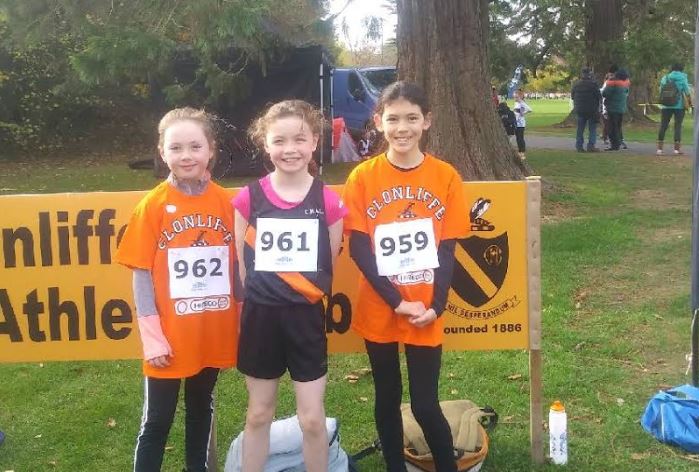 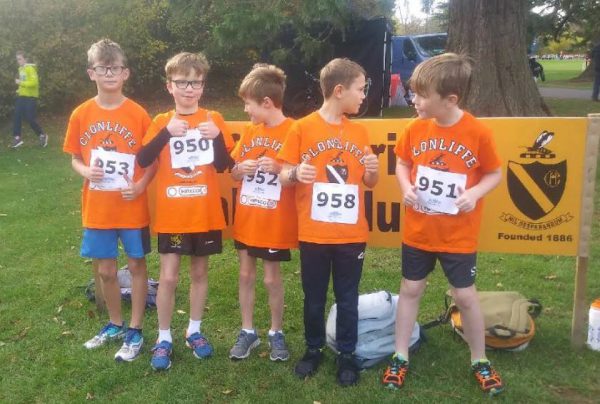 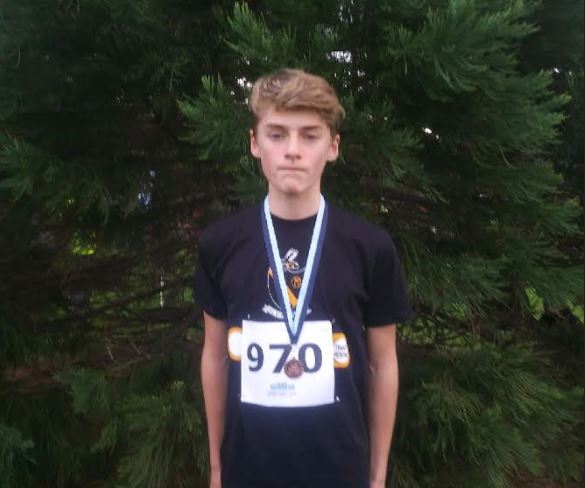 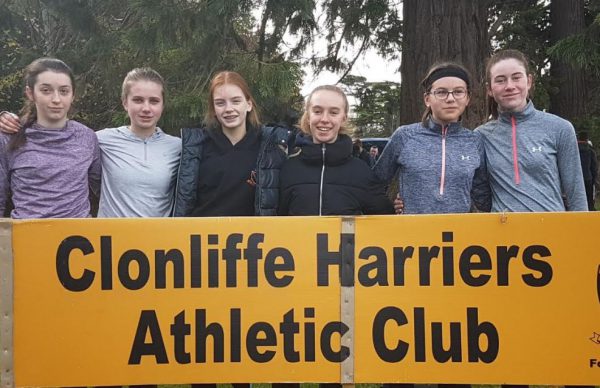 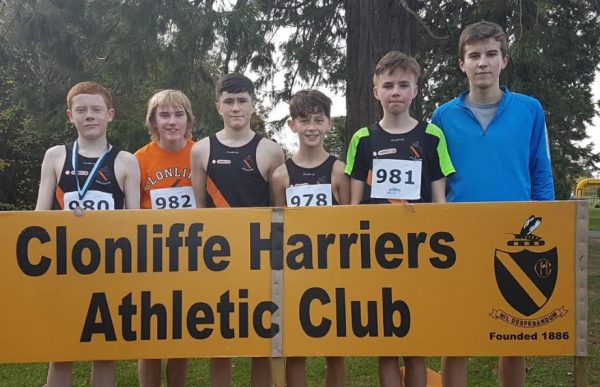 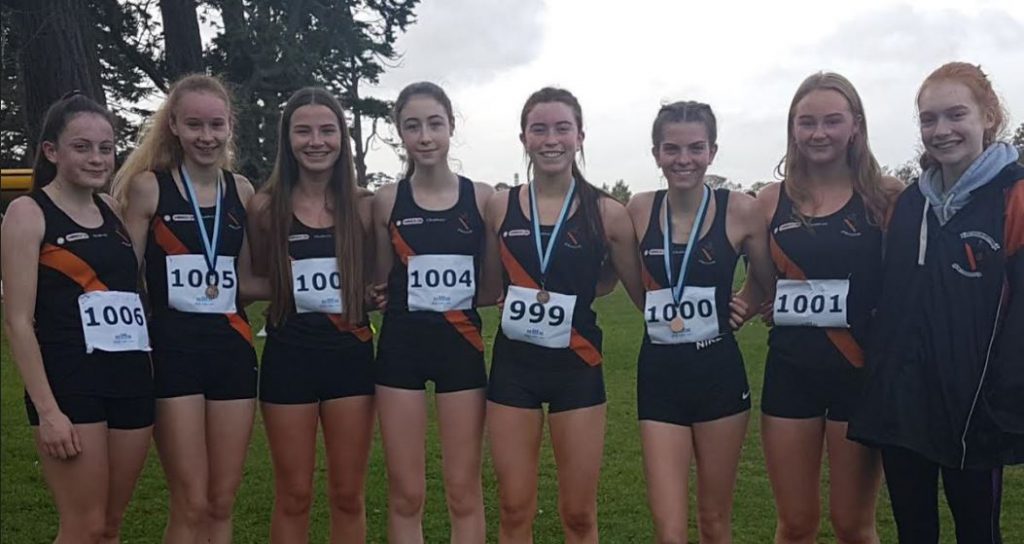 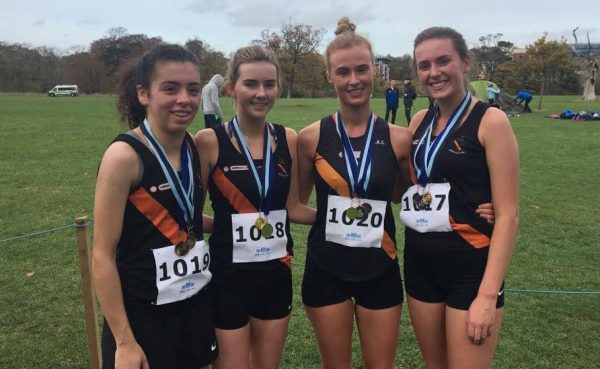 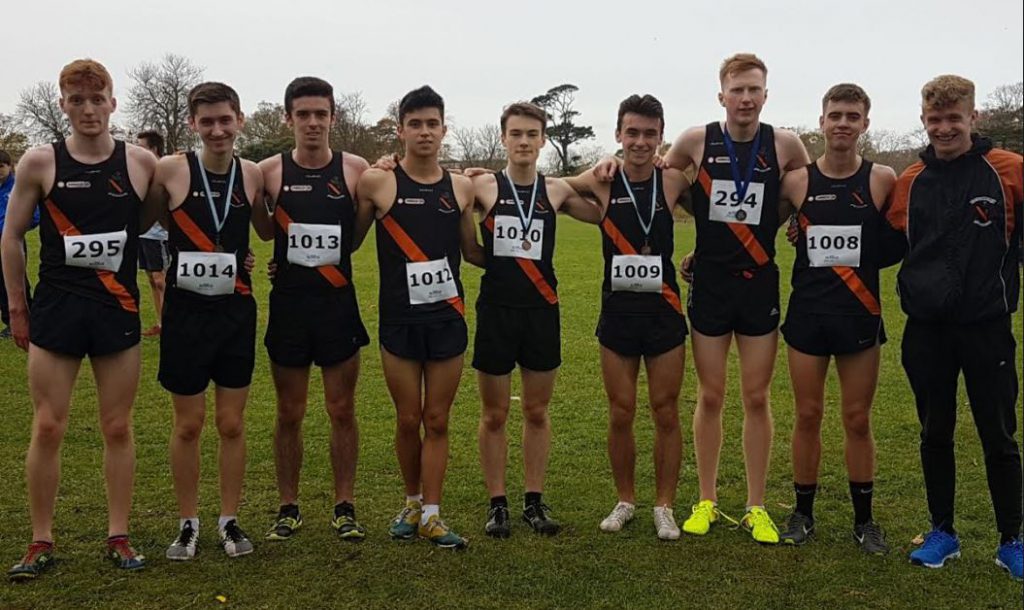