Two of the club`s athletes were on the roads of Europe over the weekend in Germany and France. Clearly things didn`t go to plan for Sergiu Ciobanu in Sunday`s Dusseldorf Marathon. At half way Sergiu was well on target hitting 68.33, however, whether through injury or illness his 2nd half was some 20 minutes slower as he finished in 2.37.33. Turns out that Dusseldorf Marathon site had a glitch and in fact Sergiu made the decision to pull out. Sergiu posted this message on Facebook:

“For all my followers and friends here just to make things clear, unfortunately I dropped out in Dusseldorf last Sunday just after 23rd km and not as seen in some results . 90% humidity wasn’t the best day to chase a time in the marathon. After going through half way in 68:33 min there was no point to continue, this wasn’t a championship race where every place is to count, tough decision but I’ll take from here and move on! Although I was ignored by media so far but as an national marathon champion with fastest marathon time among irish athletes since 2012 i intend to get the standard and compete in Rio for Ireland, thanks toSSE Airtricity Dublin Marathonn, Primeline, Elverys, Clonmel Premier Physiotherapy, Asics, Clonliffe Harriers for support!”

Also in Europe, the French Riviera, on Sunday Declan Power had a very good run in the Nice Half Marathon 72.55, for 17th place. 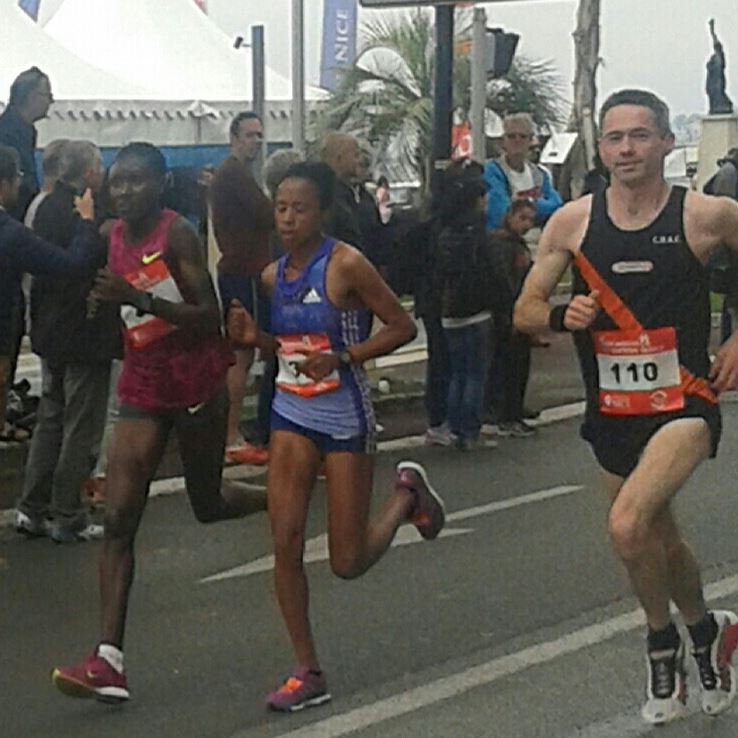