The Clonliffe Men’s team took part in yet another European Club’s Cross Country this weekend. The city of Castellon was the venue some 300km from Barcelona, Spain. 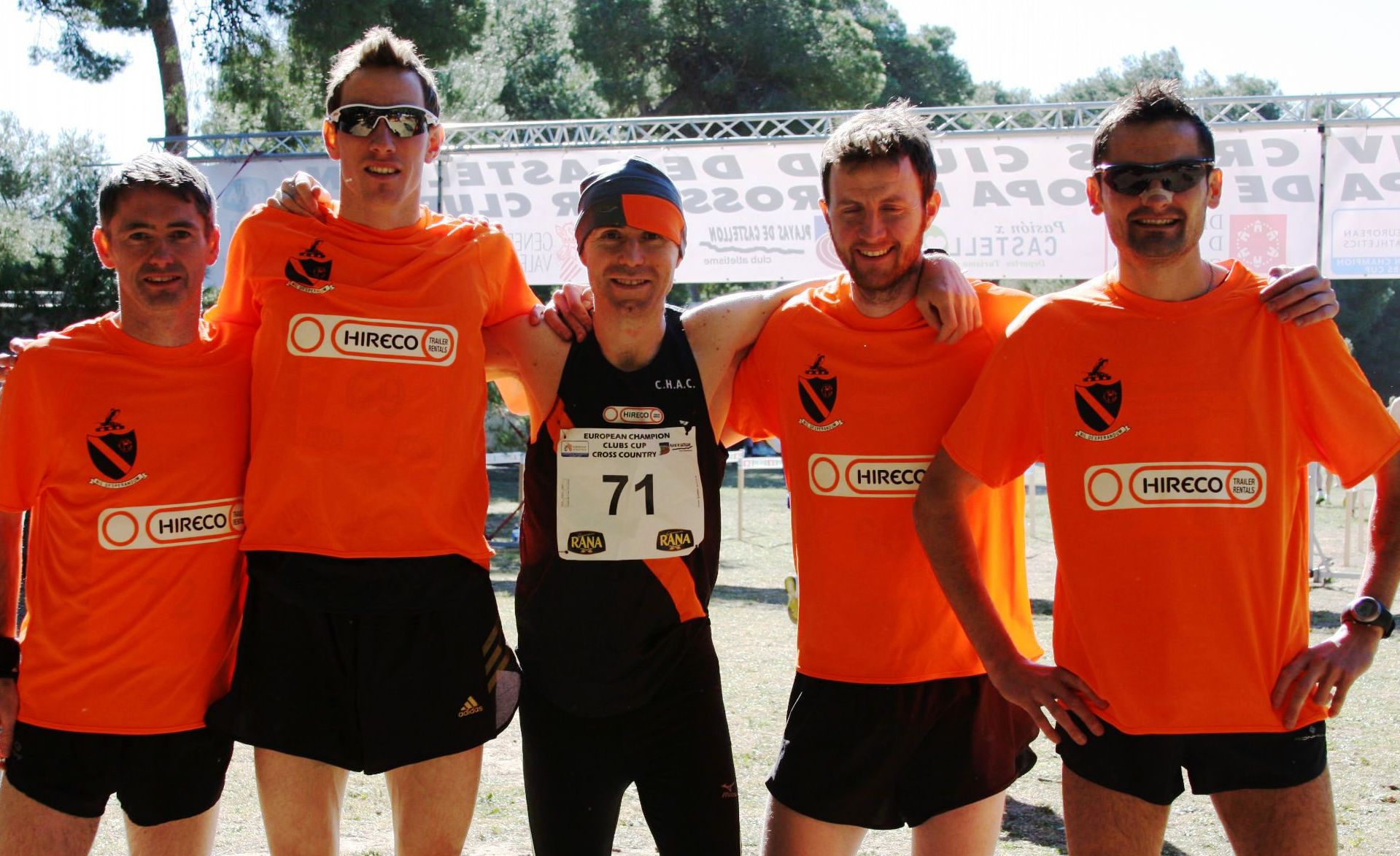 The course itself was extremely fast, a completely flat course, not a hill or drag in sight which wound its way through the trees and then through a grassless football pitch, which was effectively a dustbowl, all of this meaning that spikes were out of the question and it was going to be an extremely testing day for the Clonliffe athletes who were leaving the mud and hills of traditional cross country behind in Ireland.

The Clonliffe team had been weakened by withdrawals and athletes being unavailable and the team suffered another blow with the late withdrawal of Brian MacMahon through injury on the eve of departure.

Of the five remaining athletes all ran good solid races. Sergiu Ciobanu was first of the Clonliffe athletes after a solid run particularly in the early stages when Sergiu was well up in the top 30 and ultimately finished in 36th place. Gary O’Hanlon had found the usual zip in his legs to be missing but he battled gamely to finish in 48th position. Michael MacDiarmada running his second Europeans after featuring in Istanbul a number of years ago was 71st followed by European debutees John Heneghan 78th and Declan Power in 89th position.

Individual victory up front went to Andrea Lalli, the European Cross Country champion who had a winning three second margin over defending European Clubs champion Ayad Lamdassem. The sheer pace of the athletes up front was a sight to behold. The battle for the team title went right to the wire with the Spanish reigning champions Bikila taking the title on count back, both finishing on 27 points, from Fiamme Gialle. A video of the event can be seen by clicking on: http://www.eitb.tv/es/#/video/2139677481001

From a Clonliffe perspective whilst the team result was somewhat disappointing the team placing 14th, with certainty it provided a very good workout in advance of the Nationals on Sunday fortnight and the team will have benefited enormously from the race. It is also good to report on solid European debuts from both Declan Power and John Heneghan and a strong run over the second half of the race in particular by Michael MacDiarmada.

It is also fair to say that the Clonliffe travelling supporters contingent will have benefited enormously from the weekend’s bonding!