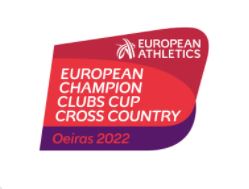 Well who would have believed it? Over the course of the weekend the club received notification that the qualifying criteria for the European Clubs has changed to include not only the National champions but also the runner up. This means that as a result of both the senior men and junior men bagging team silvers at home at November 21st’s National Cross Country that both teams have been invited to line up for the European Clubs in Oeiras, just outside of Lisbon, Portugal on February 6th.

The competition rules provide for a club to enter a maximum of 6 athletes in each race, with 3 to score. Clonliffe are currently examining the logistics for competing having regard to recent Covid issues on travel etc. An update will follow asap.