The Dublin Intermediate Cross Country took place today in Tymon Park. The Clonliffe ladies put in a great performance and battled on gamely to secure team silver on 64 points behind DSD with Tallaght 3rd. 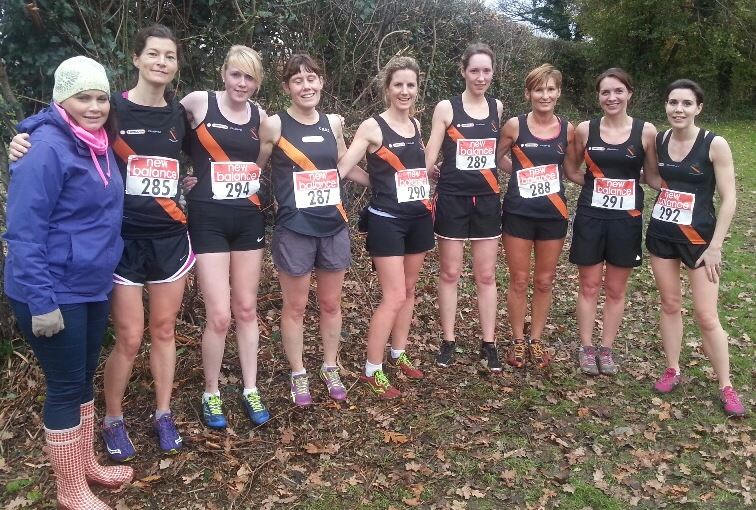 The Clonliffe team was lead home by the ever improving Rachel Wisdom who continues to impress in 11th place. 16th was Louise Carraher, on her tail in 17th, Clonliffe Master Athlete of the year nominee for 2014, Bernie Dunne, 20th Maura Matthews, these four making up the scoring members of the team. They were very well back up by the other team members: 28th Bernadette Kiernan, 34th Clodagh Morairty, 38th Aisling Andrews and 48th Emma Dunne. Well done to all the girls and to ladies Captain Pamela Cooper.

Meanwhile yesterday (Saturday Nov. 29th) Gary O`Hanlon was at it again winning the Clontarf Half Marathon in 70.12, a winning margin of almost 4 minutes.