Frank is forever linked to the Morton Mile having placed second to the great Kenyan athlete Kip Keino in a time of 3.59.3 in the first ever Morton Mile in 1970 a race which he subsequently won in 1976. He ran his mile personal best of 3.58.6 in 1968 becoming Ireland’s fourth fastest ever at the time.

Whilst a student at Villanova in the USA he won the prestigious NCAA Indoor Title over 880yards in 1969; other highlights of his university career included numerous successes with his college team at the world famous Penn Relays.

Clonliffe are truly saddened by Frank`s passing. He was a world class athlete, a two time Olympian, two time European silver medallist, an inspiration to many a young Harrier, an advisor and gentleman. Nil desperandum.

Murphy, Frank (Dublin) (Olympian and Honorary Life member of Clonliffe Harriers) – 5th. January 2017 (peacefully) in the loving care of the Doctors, Nurses and staff of TLC, Santry. Deeply regretted by his loving daughters Joanne and Susan and their mother Margaret, his partner Yuk, his sister Eileen, son-in-law Liam, brother-in-law Kieran, nephew, nieces and his very many friends at home and abroad in the world of international sport.

Reposing at the Kirwan Funeral Home, Fairview Strand from tomorrow (Saturday) with gathering for family and friends on Sunday from 2pm to 4pm with family in attendance. Removal on Monday morning to St. Columba’s Church, Iona Road for 11 o’clock Requiem Mass followed by Funeral to Glasnevin Cemetery. Family flowers only and donations in lieu, if desired, to Alzheimer Society of Ireland. 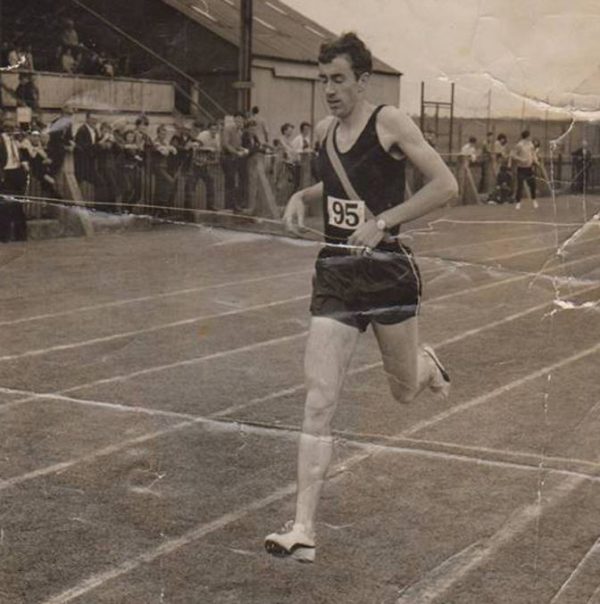 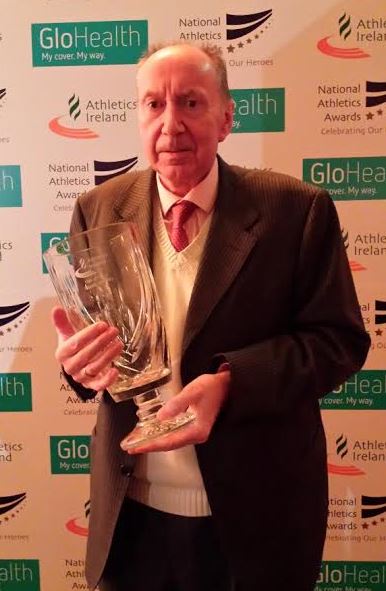