Day 2 of the Dublin Indoor Championships took place today in Morton Stadium with the focus very much outdoors with 800 and 200 action providing most of the action. It was a pleasant day but pretty cold once the sun disappeared behind the winter like clouds, however, a day without rain at the “indoors” is a pleasant day indeed.

Today a lot of the club`s middle distance athletes took to the start line, many still feeling the after effects of Wednesday`s Leinster Schools Cross Country, but it is very pleasing to report on some stellar runs from the black `n`amber. There was a notable U/16 double coming courtesy of Craig Giles in the boys race and Lauren Carr in the girls and a second gold also for Caitlin O`Reilly adding U/16 200 to her long jump title earned last night. Gold also for young Jonathan Fitzsimons in the U/11 600.

First gold of the day came from young Jonathan as he ran the most tactically savvy race belittling his tender years. Jonathan resisted the temptation to hit the front until the perfect moment sticking on the leader`s shoulder until he unleashed the Fitzsimons kick with 100 to go and won by an expanding 10m. Earlier Daniel Coleman had a fine win in his U/10 500, although on time ended up just out of the medals.

Caitlin O`Reilly was superb in her winning of the U/16 girls 200, having gotten rid of her nerves in the heats, she torn around the bend to have an advantage of several meters which she held all the way down the home straight, running a pb of 26.4.

The U/16 and 17 squads then lined up for their 800s. The girls all running excellent races with pbs recorded by all: Hannah Brown, Cliona Cooley and former sprinters Amy Connolly and Kate Howlett, top of the pile, however, was Lauren Carr running a superb race at the front and winding up the race over the final 400 to win in 2.30.1. Likewise a great performance from Craig Giles in the boys race battling down the final 100 to take the Dublin title in 2.08.2, fantastic runs also in this by Stephen Cashin, Jack Horan and Harry Pierce.

The U/17 boys didn`t feature in the medals where Alex Hogan was in that unlucky 4th place. In the U/17 girls Sophie Higgins claimed Dublin bronze, while Lizzie Murray after a very bright start faded a bit over the final 200 and was in that 4th place.

The final race of the day, after heats earlier, was the girls U/14 800. Both the club`s athletes really did the business in this race, after holding back on the opening lap both picked up place after place to finish in silver and bronze: take a bow Rachel Fagan and Amy Hodson. 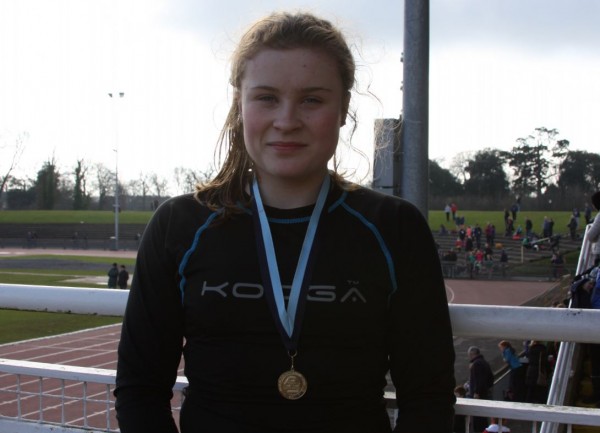 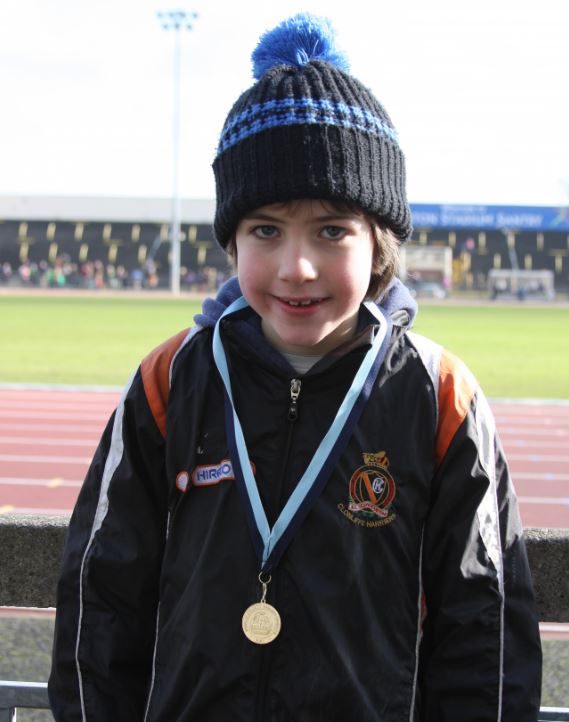 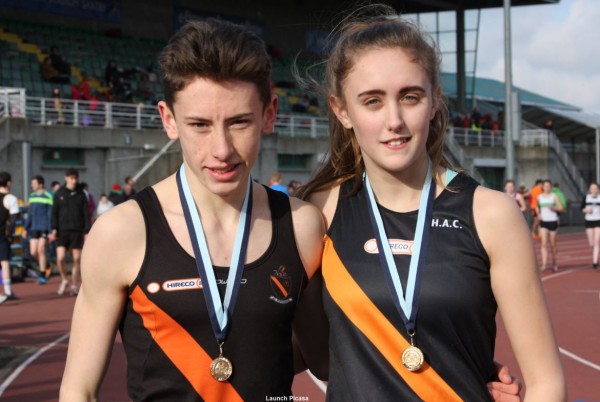 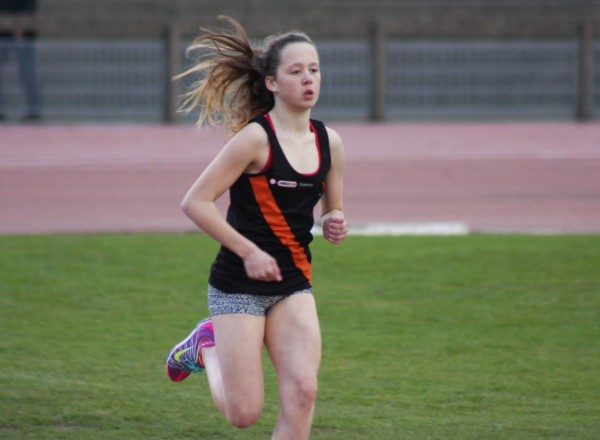 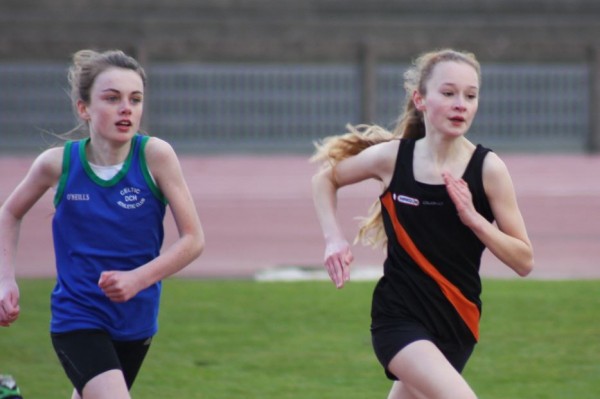 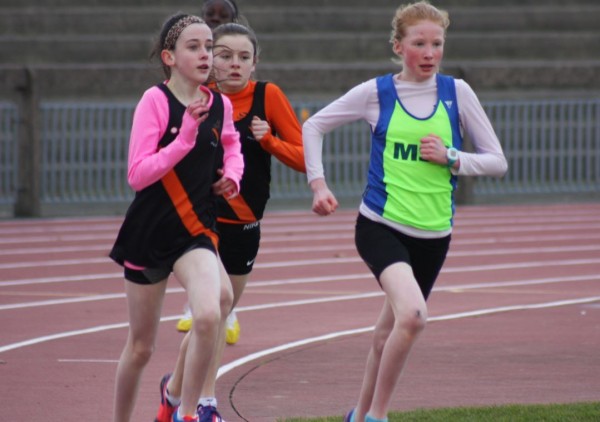 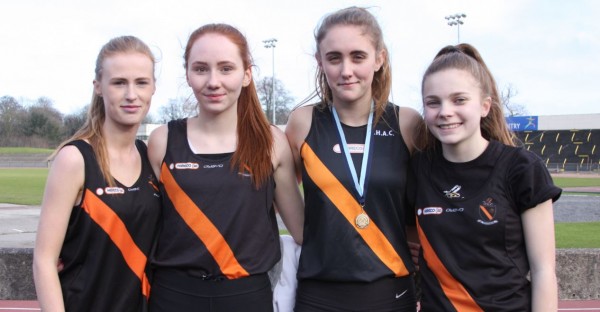