The Dublin Juvenile Indoor championships continued today (Saturday) in a bitterly cold Morton Stadium today in front of groups of spectators huddled together like Emperor Penguins in Antarctica. Despite it being another Longest Day the young Harriers remained focused on the task at hand and put in stellar efforts.

The middle distances athletes were in the fully air conditioned stadium (outside!) for their 600/800s. One of the most heartening sights of the day was the final of the girls U/15 800 where there was a great Clonliffe presence lead home in fine style by the ever improving Amy Hodson who took the Dublin title with a hard chasing Ella Brown in 3rd place. 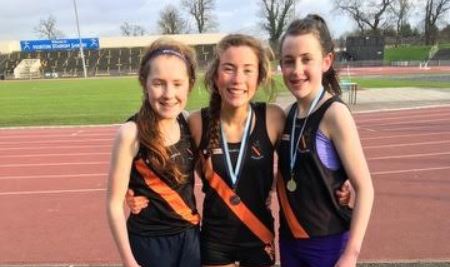 Possibly the performance of the day came from Hannah Browne in the U/17 800. Hannah, a six year veteran in the black and amber, had first big win today as she led from the gun to take the Dublin “indoor” gold. 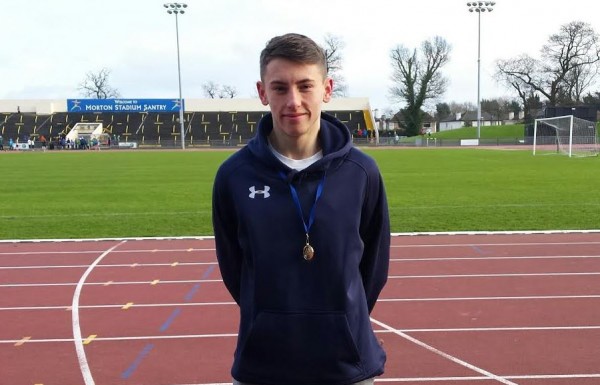 A win also in the 800s from Craig Giles in the U/17 boys race in another gun to tape performance and in a pacey, in the conditions, 2.04.1. Jack Horan who is just back from illness was unlucky to just miss out on a medal placing 4th.

Fintan McManus took U/18 silver, while Marwa Ali had another very positive race in the girls U/18 800 placing 7th. 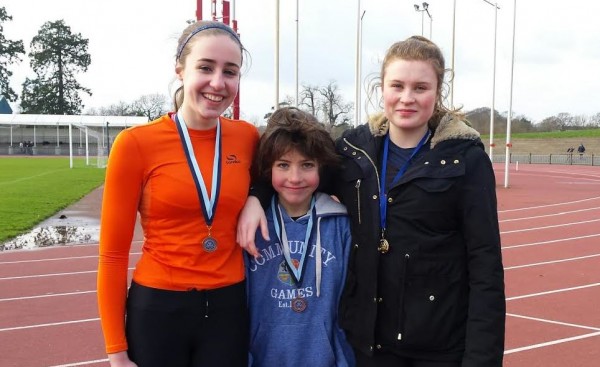 In the sprints, also in the air conditioned section of the stadium, the action was over 200m where Caitlin O`Reilly followed up her U/17 long jump gold with gold again today. Bronze was captured in the U/16 race by Rebecca Fitzsimons. 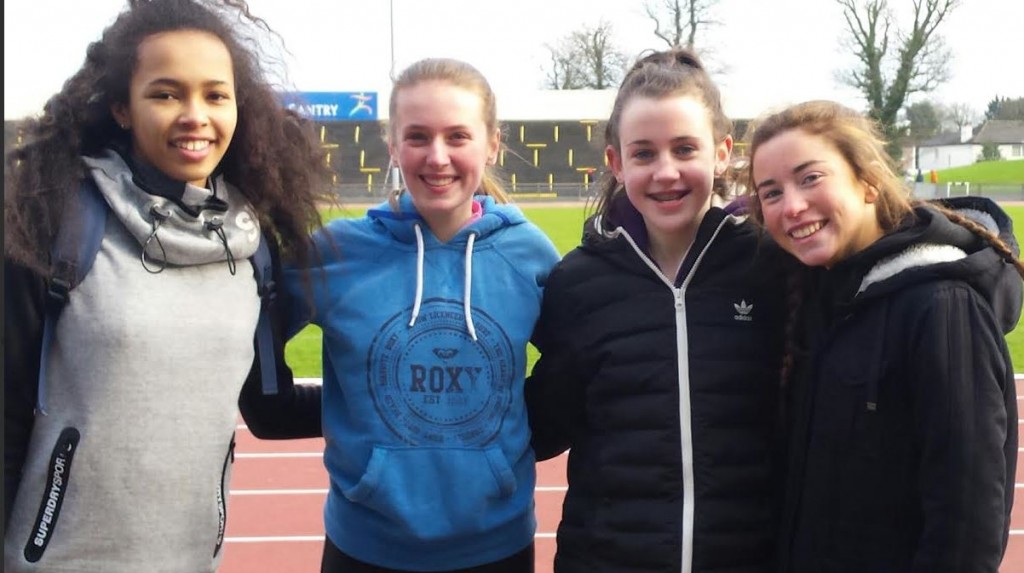