Tonight was day 1 of the Dublin Juvenile Indoor Championships held in Morton Stadium. The Clonliffe athletes in action were the middle distance group who competed in the 1500m races. These races where held on the outdoor track. After a monsoon day it was a pleasant surprise to see the rain stop at 6.30pm to be replaced by a mild still evening. In the indoor area Megan Coomber was in the long jump.

Megan took the U/19 title with a best of 5.30m. Meanwhile on track Sean Carrigg was the top performer on the night placing 3rd in the U/17`s after a race long battle in a nippy enough 4.27 to book his place in the national finals in Athlone next month. Shane Merrigan showed an up swing in form to finish 5th in that race in 4.37.

The U/16 race featured four black and amber athletes. Top of the group was Kevin Loftus 4th in 4.46, 5th Alex Hogan 4.48, 6th Sean O`Leary 4.55 and 8th Fintan McManus 4.59. It must be said that all of the lads displayed great fighting spirit as all six had competed in Wednesday`s gruelling Leinster Schools Cross Country in the Santry mud.

The sole Clonliffe girl in action track tonight was Alanah Cooley who found the early pace pretty demanding but still recorded a 1500 pb of 5.14.2 in placing 4th in the U/17 race. 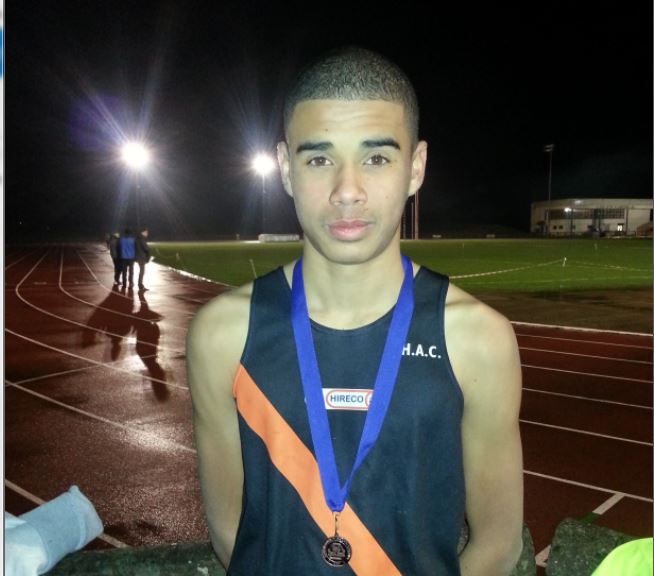