Efrem Gidey was the star of the day at another sun drenched Leinster Schools Track & Field at Morton Stadium today. In the senior boys 5000 from the gun Efrem hit the front and with the pack well aware of the folly of trying to keep pace with the Clonliffe man by lap 4 he lead by half a lap eventually lapping the entire field to win in 15.24.43. Stephen Cashin had a fine run to a 4th place finish in 17.06.65 and had there been another 100 might well have snatch 3rd.

Other notable Clonliffe runs today came in the inter girls 3000 which featured a Clonliffe trio of Sarah Bateson, Abbie Sheehy and Jana Cida . After a number of slow opening laps the pace picked up with the Clonliffe girls well in contention, with 400 to go Jana held 3rd but Sarah let loose with a superb final 250 to go from 4th to 2nd (11.03.67) with Jana holding 3rd (11.05.07) and Abbie putting in a fine run to 6th place.

In the boys inter 3000 there was another Clonliffe 2nd and 3rd, with the bell ringing a lap too soon the entire field raced to the line only to get the word that there was another lap to go, Daniel Stone suffered the most as his effort to strike for gold basically put paid to his winning chances and he finished 2nd (9.11.58) with Aaron Cullen 3rd . Aaron`s day was not done as he made a last minute surprise decision to line up in the inter 1500 where he claimed his 2nd bronze of the afternoon (4.32.47) with Thomas Baltzar 6th.

In the 800s Ella Brown found the going pretty hard in the inter race and finished 8th. Likewise in a hot senior boys 800 both Craig Giles and Cian Bolger found it tough going placing 6th (1.59.71) and 8th. Craig made another attempted at qualifying for the All Ireland Schools by lining up in the 1500 but with 400 to go his legs had had enough and he finished in 6th place (4.22.96).

Rebecca Fitzsimons had a very good run indeed to 3rd place in the inter girls 300 (42.26), with a strong finish down the home straight. 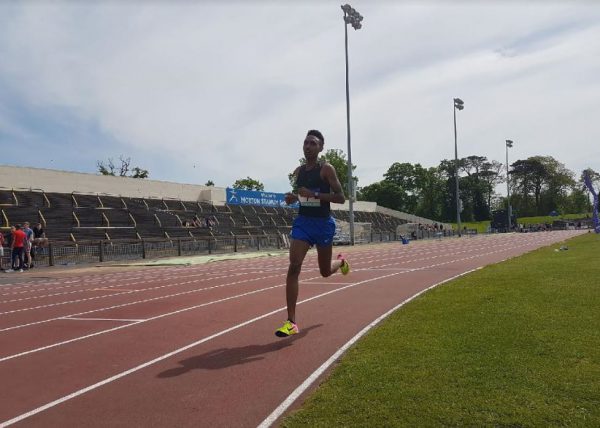 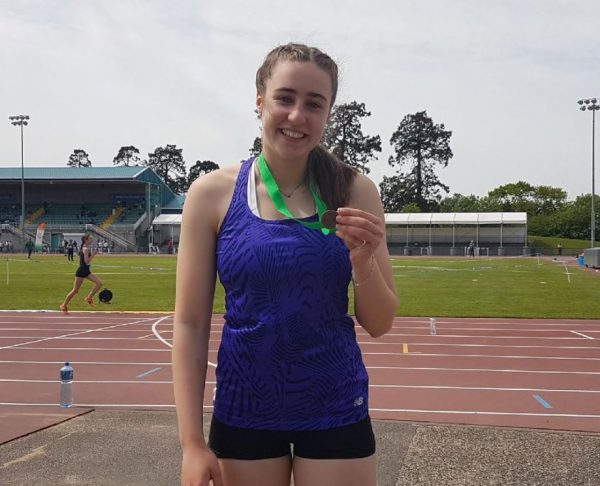 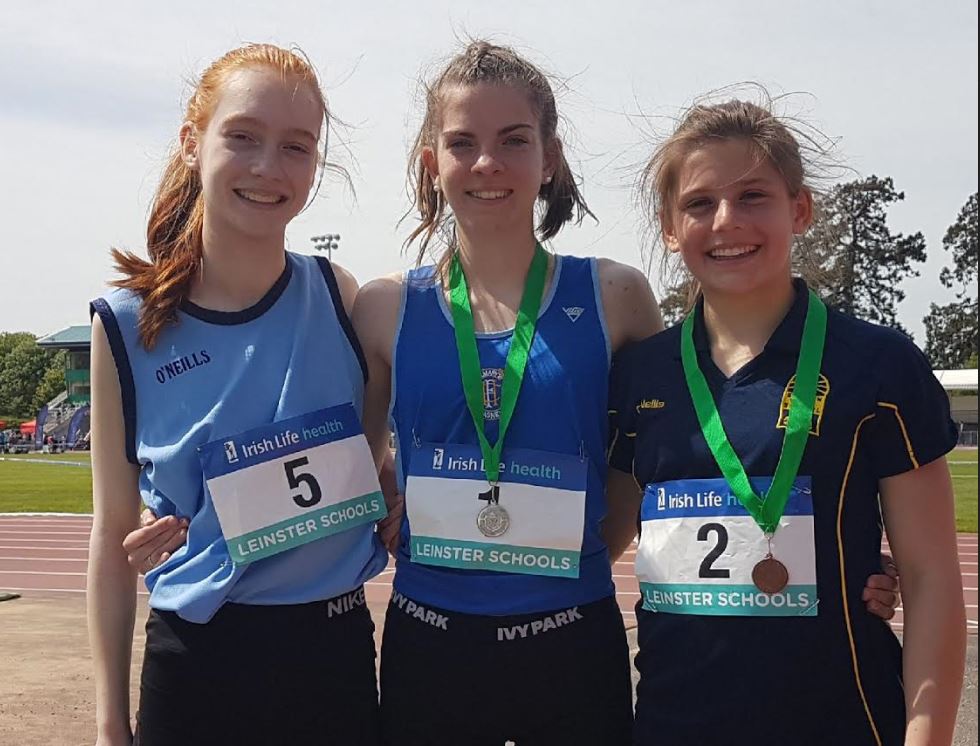 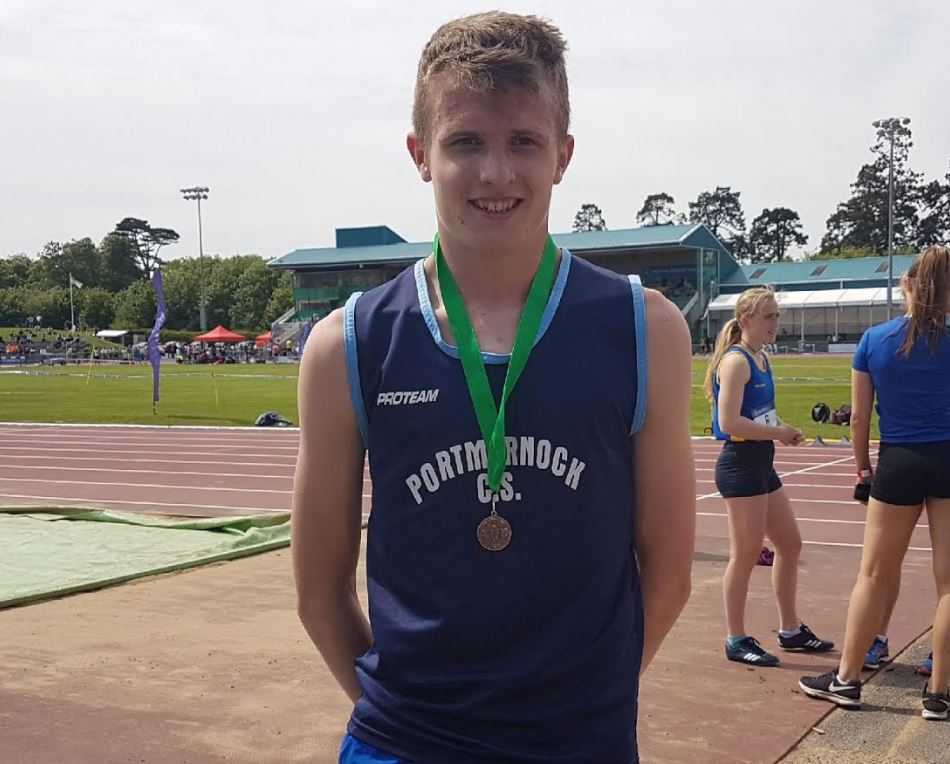 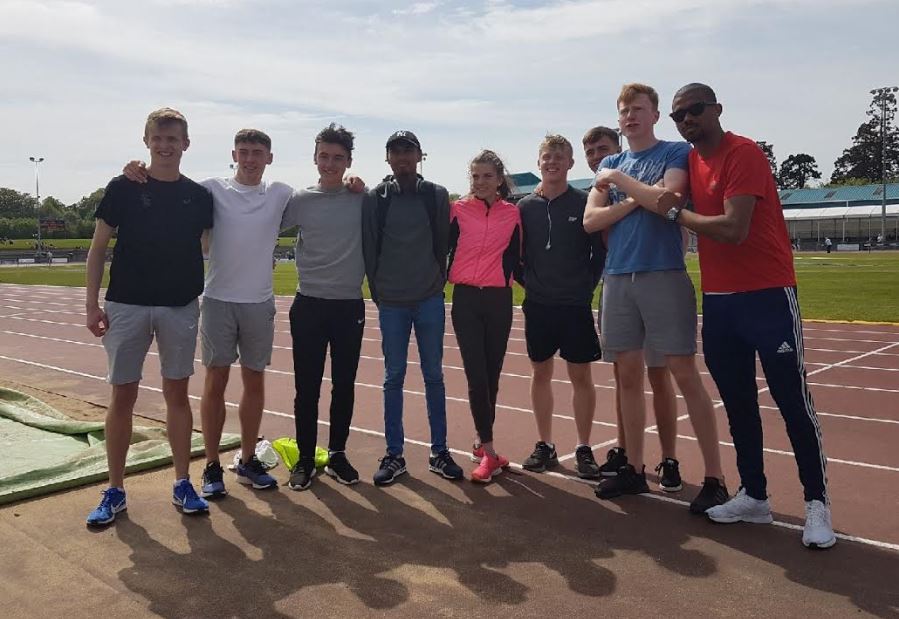