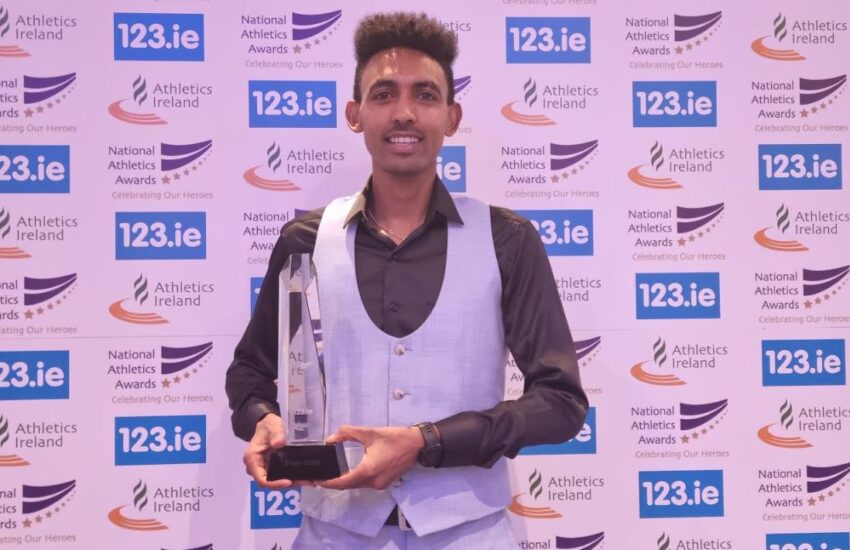 It was a double celebration for Clonliffe’s Efrem Gidey today as he was selected on the Irish U/23 team for the European Cross Country Championships and was also named as the Irish Endurance Athlete of the Year at the 123.ie Athletics Ireland Awards lunch.

Efrem received his award at the lunch in the Crowne Plaza Hotel in Santry attended by the club’s President Paddy Marley, Club’s officers, his coaches Peter McDermott and Gerry Cullen and fellow club athletes and members.