At today’s Athletics Ireland Irish life National Athletics awards Efrem Gidey was announced as the 2019 Schools Athlete of the year. Efrem was the dominant schools athlete of 2019 repeating his 2018 feat of winning both the All Ireland track 5000 and Cross Country titles.

Sarah McCormack, who was the winner of the World Mountain World Cup this year was not unexpectedly awarded the Mountain Runner of the year.

The Official of the year was Bernie Dunne.

Stephen Scullion was a nominee in the Endurance athlete of the year category. 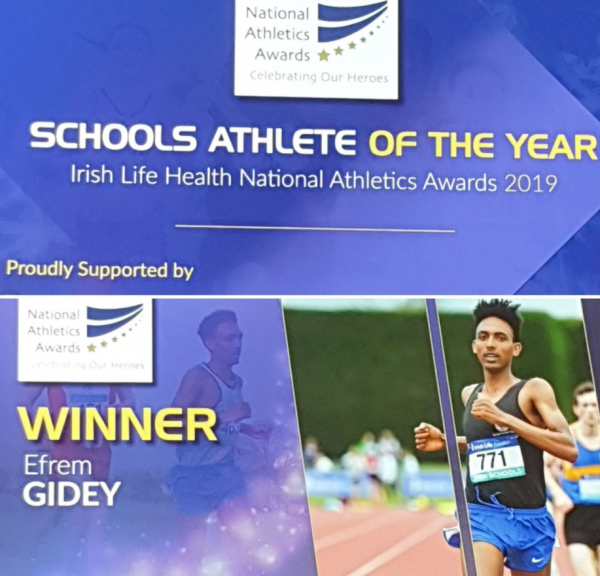