months after arriving in Ireland from Eritrea having spent several years in a refugee camp in Calais.

Councillors agreed at the March meeting of the County Council to recognise his achievement and, after the April meeting, there was a special ceremony where the Mayor of Fingal, Cllr Mary McCamley, made a special presentation and paid tribute to Efrem along with Cllr Eugene Coppinger, Cllr Matthew Waine, Cllr Paul Donnelly, Cllr Anne Devitt and Cllr Mags Murray. The councillors recalled Efrem’s journey from Eritrea to Ireland and praised his courage and dedication before describing him as a great role model for young people within the community. They added that his achievement highlighted the role that sport can play in integrating communities.

The Principal of Le Cheile Secondary School, Tyrellstown, Dr Áine Moran, said they were proud of Efrem and his friends who had come to Ireland last year and enrolled in the school. “We are tremendously proud of his sporting achievements but also his courage and tenacity. His friends also deserve to be part of this because they are his family now.”

The Chief Executive of Fingal County Council, Paul Reid, also added his congratulations saying it was a fantastic achievement and that it was important to recognise and celebrate Efrem’s achievement. 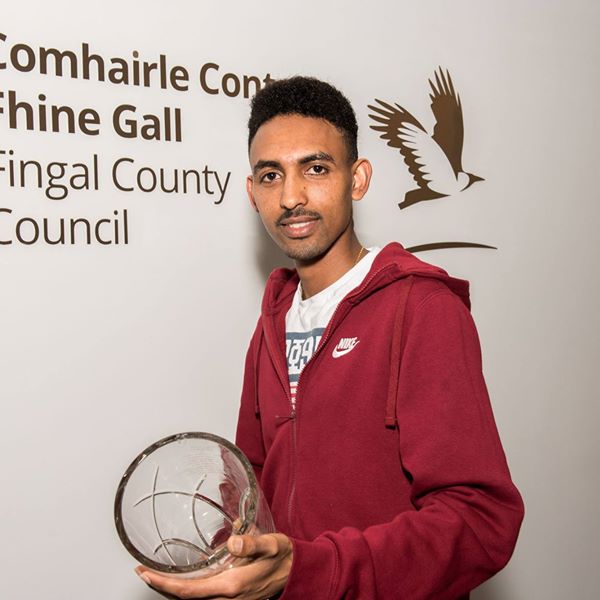 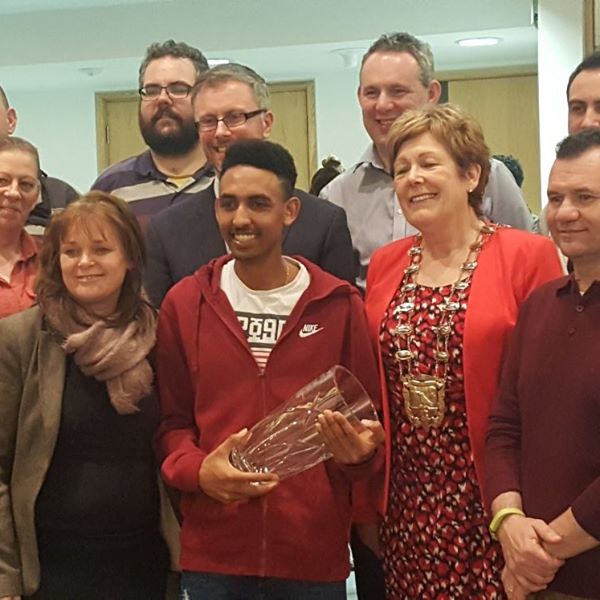