A truly fantastic club night took place in Clonliffe Harriers tonight. The annual Cake Races and Clonliffe Athletes of the year presentation drew a great crowd of Clonliffe members to the clubhouse for what was once of the best club nights in many a year.

The night kicked off with the ladies Cake Race at 7.30pm for 5k around Santry, a very well supported race in which the first across the line was a very popular winner Evelyn Brennan with Louise Caraher recording the fastest time of 20.10. The men got sent on their way 30 minutes later again a good starting field from which Greg Hossenny prevailed to take a fine win. Fastest time came from one of the two scratch men Brian Flanagan (15.41).

The presentation night included a speech from the president Paddy Marley in which he thanked all of the club members for their outstanding contribution to the club over this one of the most successful years in the club`s proud history. Paddy made a presentation to the National Junior mens cross country champions (Cathal Doyle, Brian Flanagan, Adam O`Brien, Josh Stubbs, Sean Carrrig and Eoin Keating), and to Hope Saunders the National Junior women`s cross country champion.

A special presentation was then made to Tony Murphy who stepping down from his coaching position. Presentations were then made to the Clonliffe 2015 champions: Ian Rogers/Dave Donegan indoor (tie)PV, Dara Kervick indoor 400, Keith Pike indoor 60m, Brian Greegan 400, Ian Rogers PV,  4 x 100 relay squad of Keith Pike, Patrick O`Connor, Isreal Ibeanu and Chris X`Sibanda and to the senior men cross country team with Sergiu Ciobanu accepting on the team`s behalf.

The Athletes of the year awards were presented by sponsor John Shields on behalf of Loki Sports: 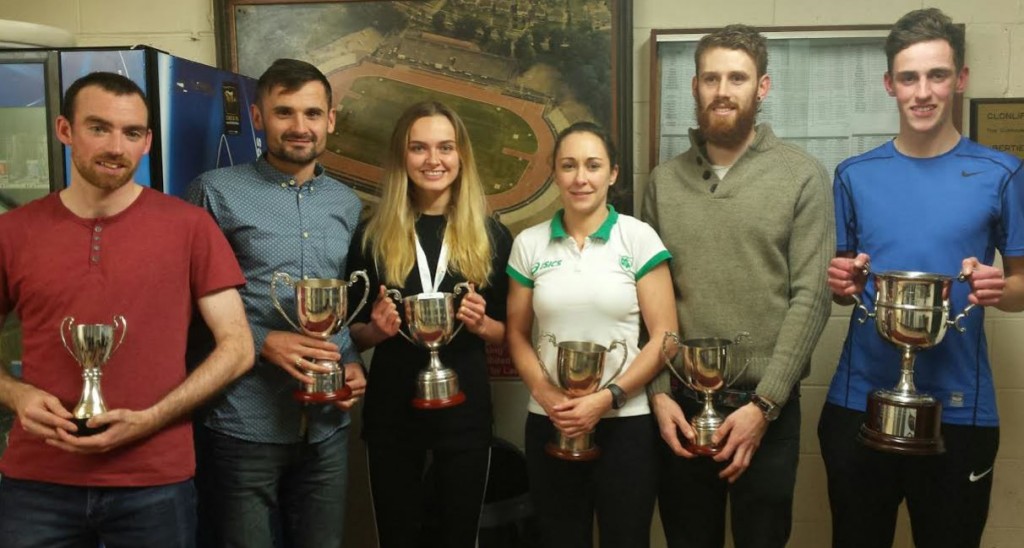