Brian Gregan continued his excellent form in wet and wind swept Morton Stadium on Saturday 22nd in the European Team League 1 Championships. With a power house performance Gregan was always in control to record a fine win in 46.32 in heat 2, over half a second quicker than heat 1. Gregan`s win was one of the highlights of a gutsy team effort by the Irish team who ended day 1 sitting nicely in 6th place on 139 points. Clonliffe`s other representative was Simon Phelan 11th in the long jump (2.05m) 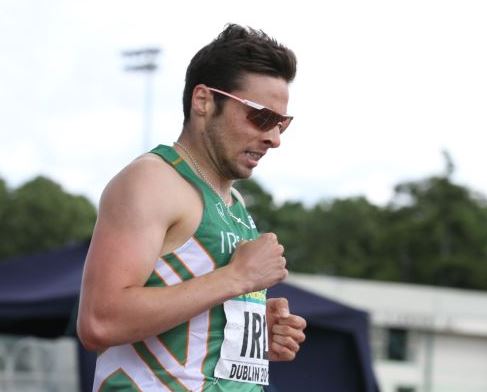 Day 2 Sunday 22nd and while the rain head off it was a bitterly cold day in a howling wind. the Irish, however, put in some superb performances( see http://www.athleticsireland.ie/content/?p=32878 for AAI report) to maintain the momentum built up yesterday with included a thrilling 4 x 400 win ankered by Brian Gregan as the time placed 7th, behind winners the Czech Republic with sweden 2nd and Netherlands 3rd. Behind the Irish team were: Belgium, Hungary, Estonia, Bulgaria and Switzerland.

There was a great Clonliffe team performance from the club members who gave up their weekend to steward and assist with the successful running of the event under the direction in particular of George Maybury, Alan Worrall and Tom Griffin.