David Flynn put in one of the best runs of his career today in the Charleville Half Marathon. After his record breaking track 4 mile in Santry on Thursday he followed that up today beating a top class field in a new pb of 63.48. 2nd was Mick Clohisey (Raheny) with Hugh Armstrong (Ballina) 3rd. For good measure it was also a new course record! 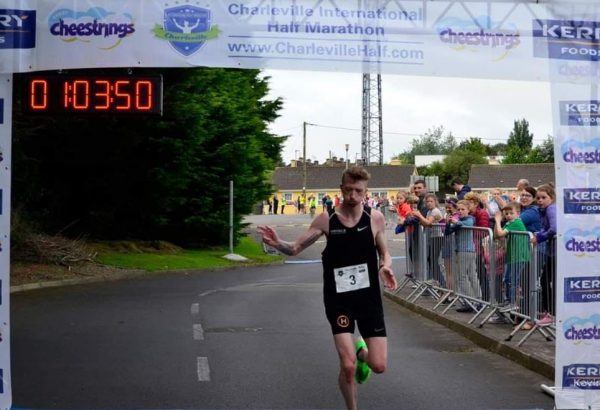 Meanwhile, to complete a weekend of half marathons several of the club’s other marathon men were in action. Stephen Scullion ran 66.36 finishing 18th in the Rock and roll Half Marathon in Philadelphia on Sunday the 15th in hot and humid conditions. Also on Sunday in Copenhagen Sergiu Ciobanu ran 66.17.