Today, Valentines Day, Gary O`Hanlon massacred an Irish record: the 50km in Donadea . Gary retained the Irish title and regained the Irish record with a time of 2.57.07, slashing some 53 seconds off the record recently set by Tom Frazer in the US.

Across the water Liam Roarty today ran in the Signals Road Relay (a 2.2 miler) in Hetton.  Liam was on the second leg of the Sunderland Harriers 6-Man Senior A team and finished his leg 5th at a time of 12:12. Overall, the team finished 4th in a team time of 69:31 behind Morpeth, Gateshead and Tyne Bridge.  Next up he runs the English National XC Championships next Saturday in Parliament Hill, London. 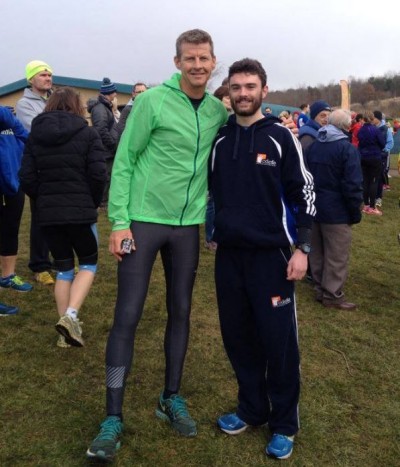