Another day and another win for a Clonliffe athlete. Today at the Longford Marathon it was Gary O`Hanlon winning in 2.25.33 retaining the title. With Dublin only 2 months away now Gary looks to be hitting some really good form and will be a challenger for National honours. This was Gary`s 3rd Longford win (2012, 2016 and 2017), he was has also placed 2nd twice (2013 and 2014). Remarkably the time Gary ran today is his fastest in Longford was three minutes faster than his winning time from last year. (Not sure if there have been any course changes in recent years) 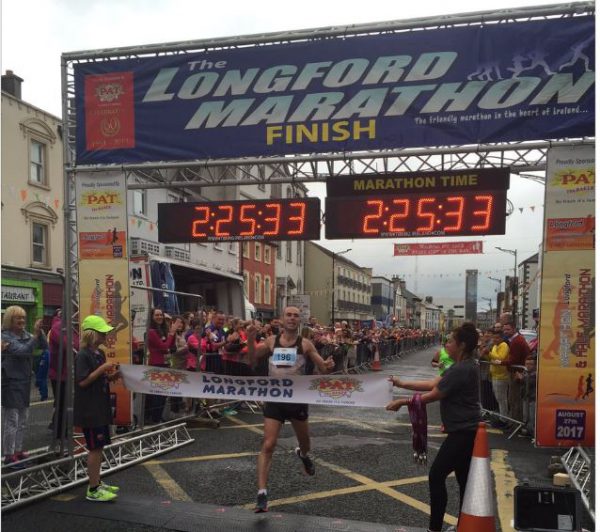