Gerry McIntyre was a proud Clonliffe Harrier, born in Birmingham on the 22nd of May 1929, he was a top class distance athlete who was affiliated to both Clonliffe Harriers and Ponders End AC, London. His greatest achievement in athletes was competing for Ireland in the 1960 Olympic Marathon in Rome, the famous Olympic Marathon where Abebe Bikila (ETH) running barefoot on the streets of Rome became the first Africian to win the Olympics. Gerry McIntyre ran the race of his life to set a new Irish record of 2.26.03.00 to finish first of the Irish runners (Willie Dunne and Bertie Messitt) in a most credeble 22nd place. Gerry passed away on the 27th of January 2008. 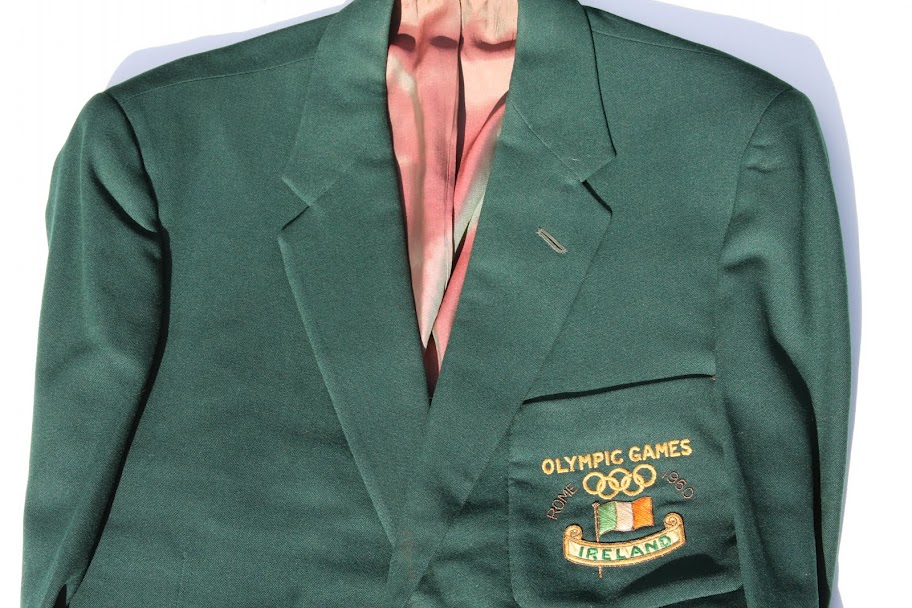 On the 13th of September last Gerry`s friend David Day on a visit to the Morton Stadium generously presented Clonliffe Harriers  with Gerry McIntyre`s 1960 Olympic blazer and his Olympic participant`s medal. These items will shortly go on display in the clubhouse.