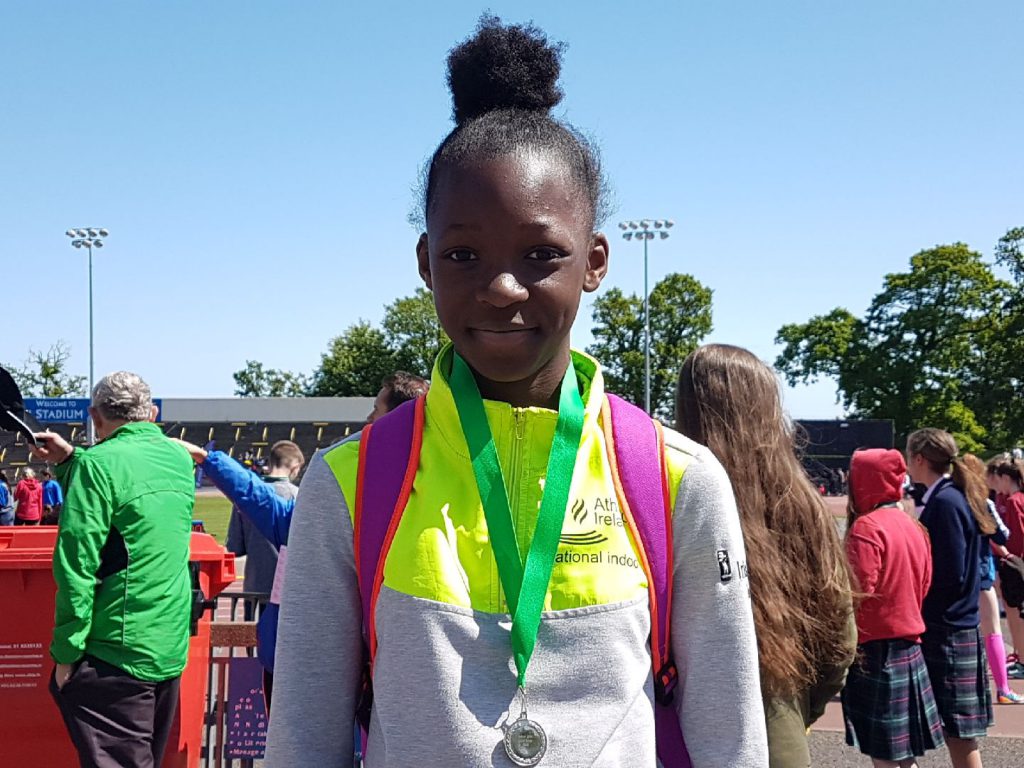 There were two exceptional performances from Clonliffe athletes today, firstly Sally Somola who won the minor girls 100 and was 2nd in the long jump and secondly Jonas Norvaisas who broke the minor shot putt 40 year old record in taking the Leinster Schools Junior title with a throw of in of 14.45 metres.

Also in the sprints Alex Twomey took silver in the U/16 200 whilst Emma McDonnell was just out of the medals finishing 4th in the Junior 200.

In the 800s Jack Woods battled hard to hold 3rd place in the Junior race.  Naoise Cullen was really up against it in the Junior girls race but battled bravely to finish 8th.  Orla O’Sullivan was 6th in the minor girls 800.

In the girls U/16 mile there were good runs from the two Clonliffe girls with Aoife Hession placing 6th and Alana Fitzsimons 9th.

Over the barriers in the steeplechase Alex Murray was 3rd in the inter boys 2000 and Jordan Byrne 8th in a loaded field in the Senior boys steeplechase.

Nicola Lapiy was 6th in the junior javelin.

Finally in the U/16 girls 4 x 300 relay the Dominican team which was packed with Clonliffe athletes finished just out of the medals finishing 4th.

The championships continue on Saturday morning in Morton Stadium.