With Storm Brian having run out of breath it was a much more pleasant day than anticipated for the Dublin (even ages) Juvenile Cross Country Championships today. Abbotstown was the venue where thankfully the course had been changed from last year to a shorter much more spectator and athlete friendly 1500 loop. Despite yesterday`s rain with the good grass covering underfoot conditions were perfect. It proved to be a memorable day for the club with golden performances from the U/16 girls and U/18 boys.

The Clonliffe crew started gathering from early with teams entered from U/12s upwards. All looked determined and here to do the business. Whatever about Storm Brian running out of breath this was something that simply wasn`t going to happen to these young Harriers!

First into battle were the U/12 girls team running 2000m, 2 of the 1k loops. The Clonliffe girls Sorcha O`Connor, Rachel Hargen, Jessica Howlet and Katie Faherty put in really great efforts, doing themselves proud. Likewise the U/12 boys battled away gamely and came through the race with flying colours with Cian O`Hare placing 6th and making the Dublin team for nationals, great runs also by Christian Finn and Kahrl Balaro.

Next up the girls U/14 facing 2 of the 1500 laps. These girls have been training very hard since the Summer and boy did it show. Really strong runs from Naoise Cullen, Lara Gallagher, Amy Sheehy and Hollie Foy. The boys U/14 team of Cillian Sheeran, Jack Woods, Ronan Donohue, Keith Burke and Jakub Niedziolka are an equally determined group and again must be pleased with some quality runs.

The U/16 girls team have been looking good all Autumn putting in great sessions twice a week and it paid off in spades today. The whole team put in real gritty runs and produced an outstanding result winning the Dublin team title. Great runs from Sarah Bateson, 4th,  team captain Abbie Sheehy 5th, Alana Fitzsimons, moving up from U/15,  8th, Ella Brown 12th, this scoring four fantastically backed up by Aoife Hession, another U/15, 13th, Vicky McDonnell 19th and Cara Curran Beggs 25th.

The U/16 boys were lead by experienced campaigner Daragh Carter who continues to improve placing 5th, next in on his Clonliffe debut was Callum Simpson 12th, Dermot Buckley 14th, Alex Neuroth, also on his debut and yet another debut man Kristof Cancrz 26th. The team took an excellent team silver.

On then to the U/18s, unfortunately injury during the week took half of the team out so only two girls lined up. U/17 athlete Aimee Warren was 10th, and makes the Dublin team for Nationals just behind her in 11th was Hannah Browne, by her own admission not a great lover of the country, likewise making the Dublin team for the Nationals.

Then at the end of the Championships another golden team performance by the U/18 boys. Lead home by the strong front running Eferon Gidey with a first Dublin individual title, the team of U/17 Aaron Cullen an excellent 4th, then 8th Craig Giles, 9th Daniel Lacey, 10th Ben Guiden, also moving up a year, 12th Jordan Byrne, 16th another U/17 Ian McAlweney and 19th Stephen Cashin took gold back to Santry.

Fantastic stuff from the Black and Amber, congratulations to all of our athletes on their efforts today. Pretty darn impressive! 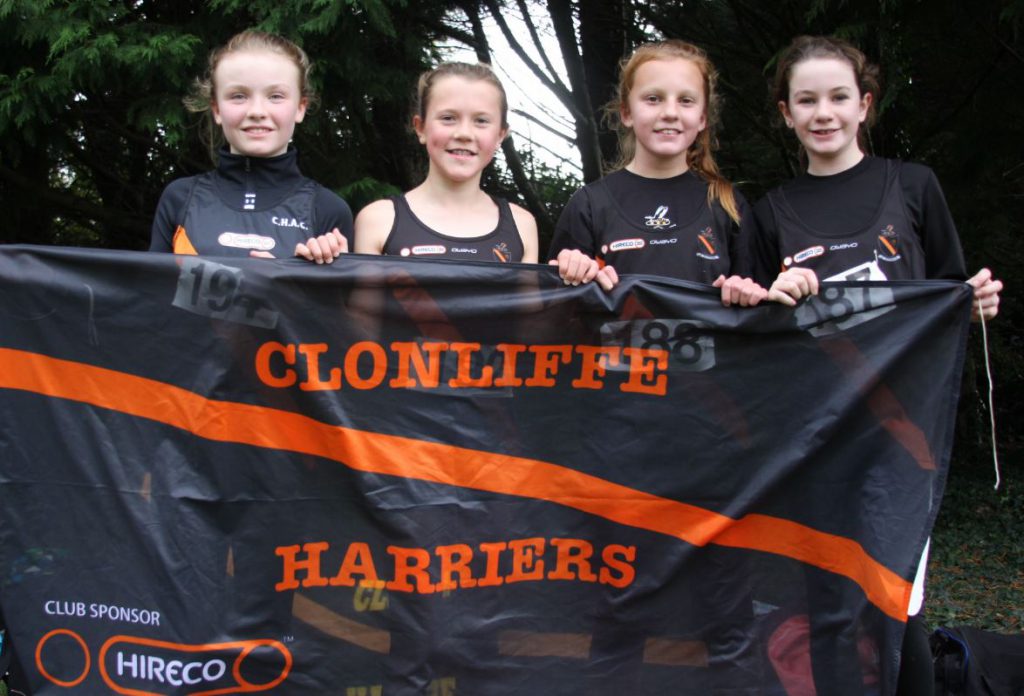 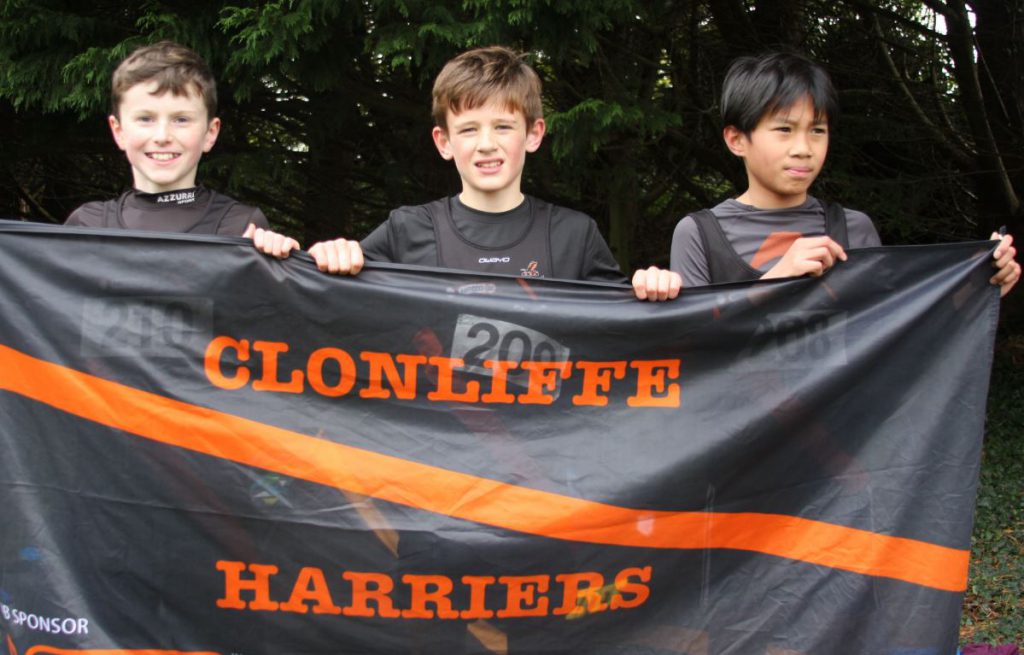 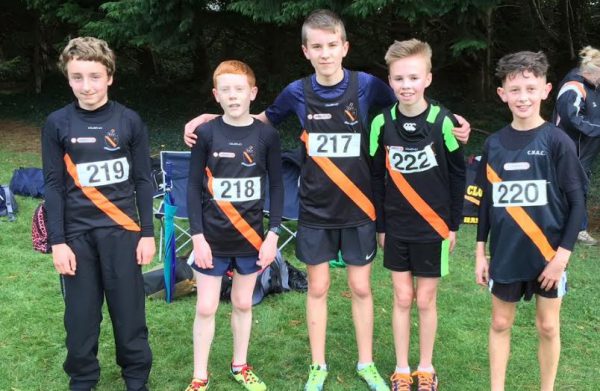 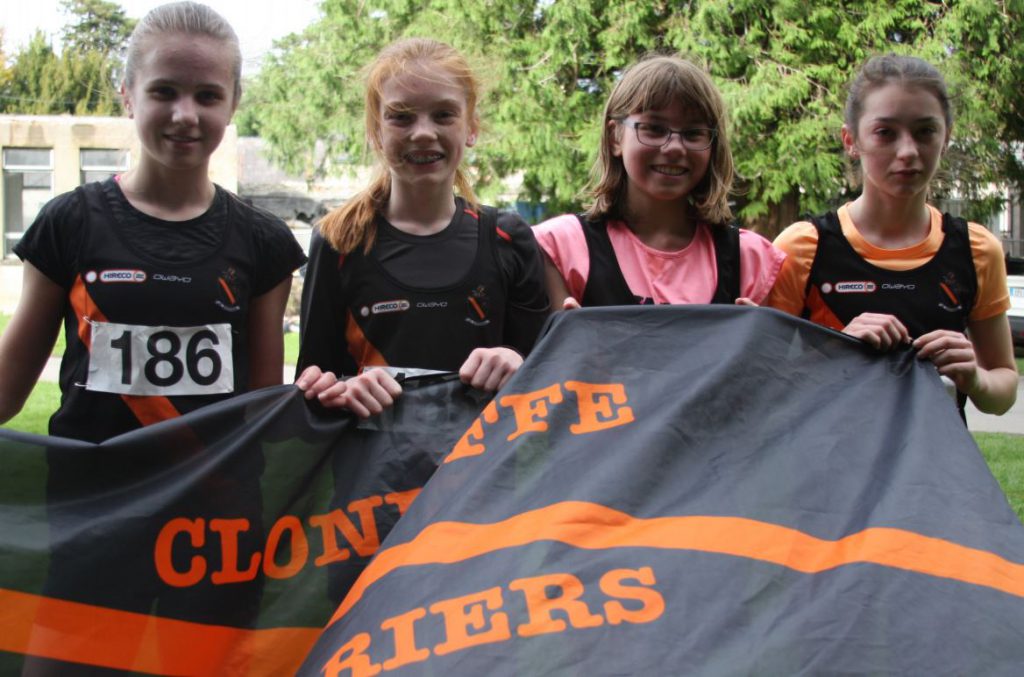 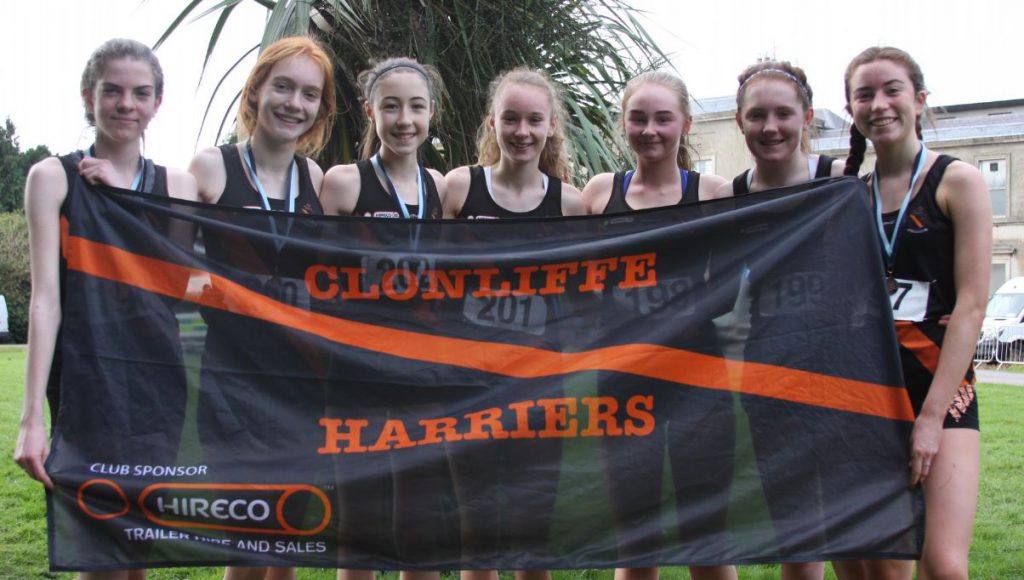 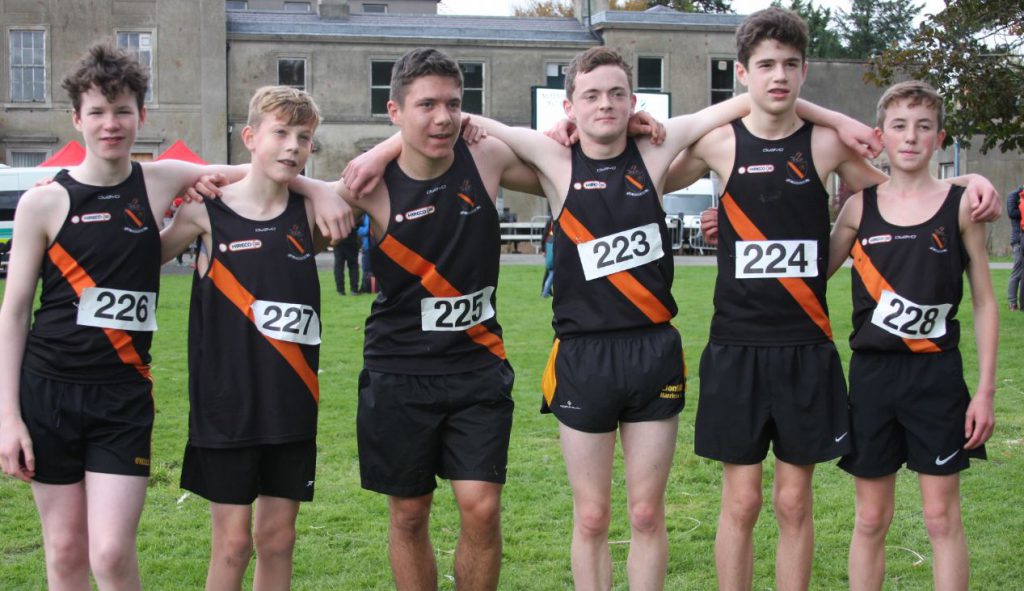 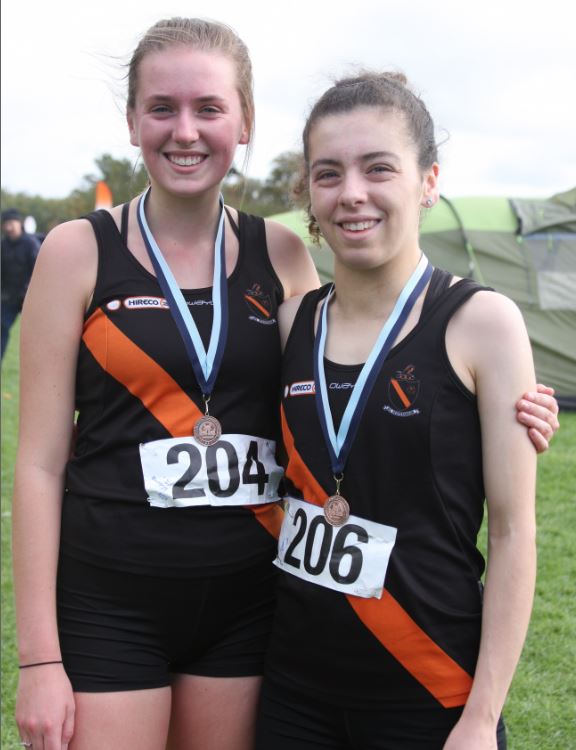 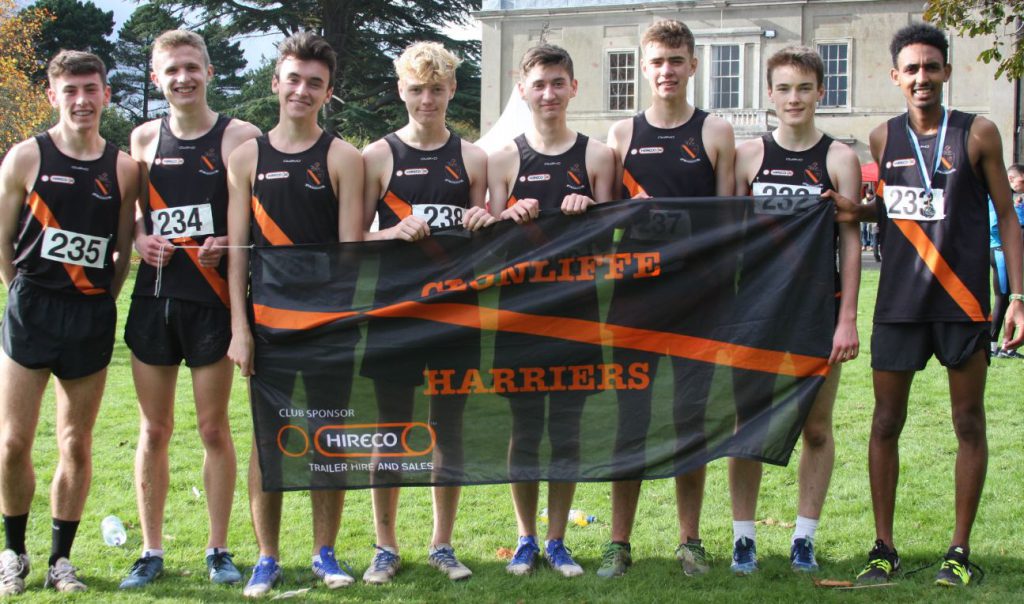 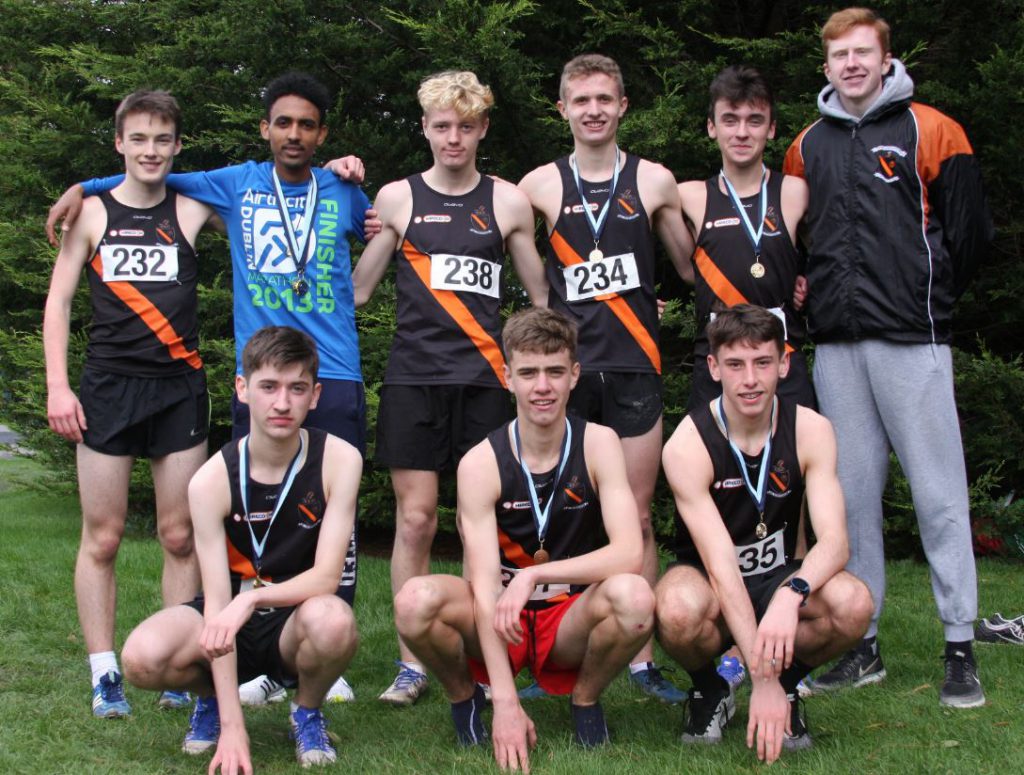