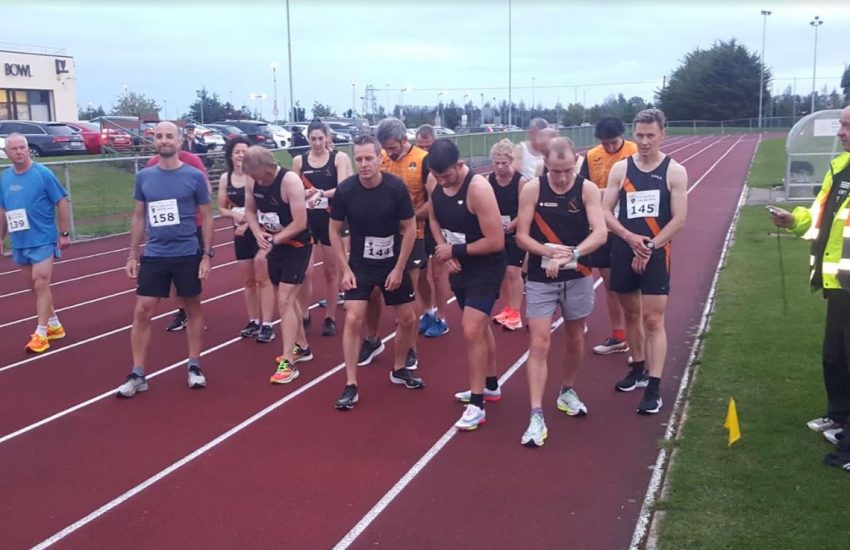 The Grand Prix race series continued this Thursday with an inaugural 3 Mile track race at the ALSAA complex Dublin Airport. Amid the roaring of numerous landing jets 18 athletes took to the start line. Thankfully the elements were kind and the rain held off.

Right from the start Anto Doran took the lead and in the fading light held that position to the end of the race. Ray Dunne was in close pursuit finishing second. Eamonn Dunne finished in third place.

Many thanks to all the athletes who competed on the night. A special word of thanks to those who officiated.