Round 3 of the ever popular Clonliffe Grand Prix Series takes place in the stadium on Thursday night, April 28th. That night`s race is the 3000 and for the first time for a new cup sponsored by the Yohanan/Hetherington family: the Paddy O`Hara Memorial Cup, will be at stake.

Paddy O`Hara was a Clonliffe man competing in the 1930s and 40s. He was the winner of many road and cross country races during those years. He was also the Clonliffe Club Captain in 1949. Paddy`s son in law is another Clonliffe man Declan Hetherington. Declan and his family have kindly introduced this superb cup in his memory and this will be competed for in the Grand Prix 3000 with the prizes also generously sponsored by the Yohanan/Hetherington family. 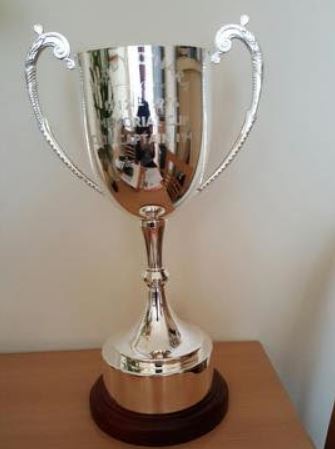 Thursday`s race, or more likely races, will start at 8.00pm. The post race prize giving will be for the proceeding race The McDonald Cup, with the presentation of the Paddy O`Hara Memorial Cup to be made following the next race in the series.