Liam Hennessy reports on the last race in the Grand Prix series 2019, The Horan Cup, 6 miles, Cross Country, held at Santry Demesne today. The curtain came down on another Grand Prix series today as The Horan Cup took place at Santry Demesne. The weather was a wet, 9 degrees with not a puff of wind. Going in to this race Deirdre Fitzsimons led the series from Gerard Fay and Mick Bermingham and any one of them could take the overall title with a good run. 25 Runners toed the line for what was a challenging course for cross country running. The bugle sounded and the race got underway. The race was run over four laps and after lap 1 Mick Bermingham led from last years winner George Brady and it remained that way until just over a lap to go when Shane Casey hit the front and went on to win and with it snatch the green jersey for the most consistent scratch athlete in the series. 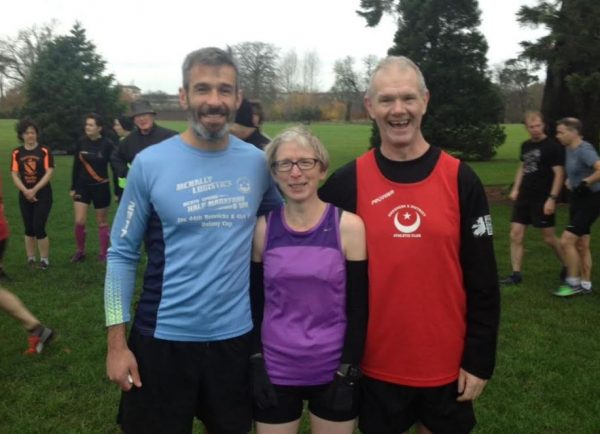 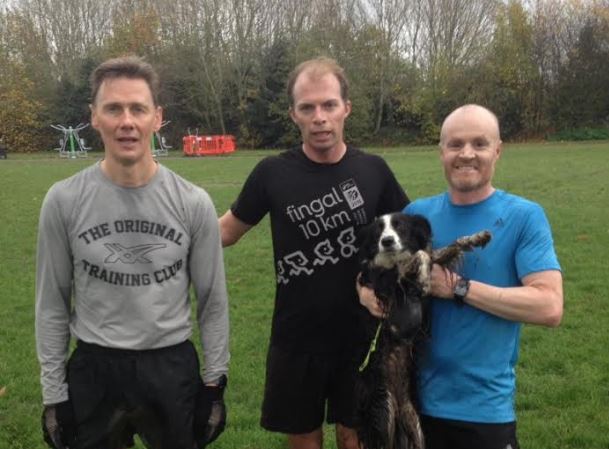 (Pictured, Horan Cup 1st 3 across the line: D. Dunwoody, S. Casey, G. Brady)
Many thanks to everyone who volunteered today to help make this race run so smoothly.
The final standings will be kept top secret and The Grand Prix Series Champion Athlete for 2019 kindly sponsored by Behan and Associates will be revealed at the Awards night at the Club on Friday, December 6th from 8.30pm. Come early as catering has been arranged and we hope to see a huge turnout to celebrate the end of another most successful race series. Make plans now and be there !