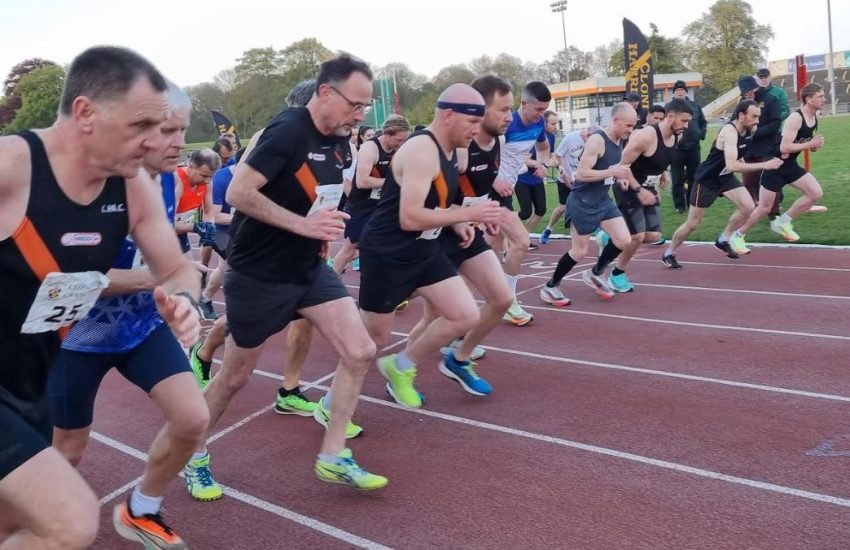 Mick Kearney: The Clonliffe Harriers Grand Prix (CHGP) is a handicap competition. The handicapping system means that all runners have a chance of winning as the results are based on a runner’s improvement in performance rather than who is fastest.   The CHGP gives runners participating the opportunity to compete not only against colleagues but also against themselves and enhance their PBs in the process. To date a total of 5 events have been completed.  Winner of the latest races will be presented with their prizes this coming Thursday. The next event will be the 800 meters which takes in Morton Stadium on Thursday 2nd June 2022. Refreshments will be provided in the bar post-race.

The Points Classification for the first five races has now been finalised and is set out on the attached word document. It is very early days as yet and there is plenty of opportunities for athletes to pick up valuable points by competing in each event.

Bib numbers have been introduced this year and are used for both Club Championships and the Grand Prix .

Bibs are used for to facilitate a race check in and in the compiling of results. While there can be the occasional health warnings with results the use of Bibs to date has been very encouraging.

The CHGP Committee are very thankful to the Club members who officiate at  both Clonliffe Club Championship races and the CHGP Series.

Due to the ongoing pandemic it was not possible to hold the regular Grand Prix Series in 2021,  nonetheless a modified competition was held and points were allocated where athletes took part in each event. We propose to announce the winners of the 2021 Race Series on Thursday 2 June 2022.