Continuing a very busy week’s athletics for Clonliffe Harriers it was the turn of the Grand Prixers  for last night’s latest round of the Clonliffe grand Prix Series the 3000 M for the Pat O’Hara Memorial cup on a fresh night in Morton Stadium. Once again as has been the norm in the series to date there was a fine turnout for the event meaning that the organisers split the race into three separate races. The fastest athlete on the night was George Brady winner of the A race in a time of 10.16. In the Grand Prix first was Elaine McDowell second Niall Markey and third Greg O’Beirne. At the presentation in the club bar the race sponsors Janice and Declan Hetherington presented the Pat O’Hara cup, in honour of the Clonliffe 1949 club captain. 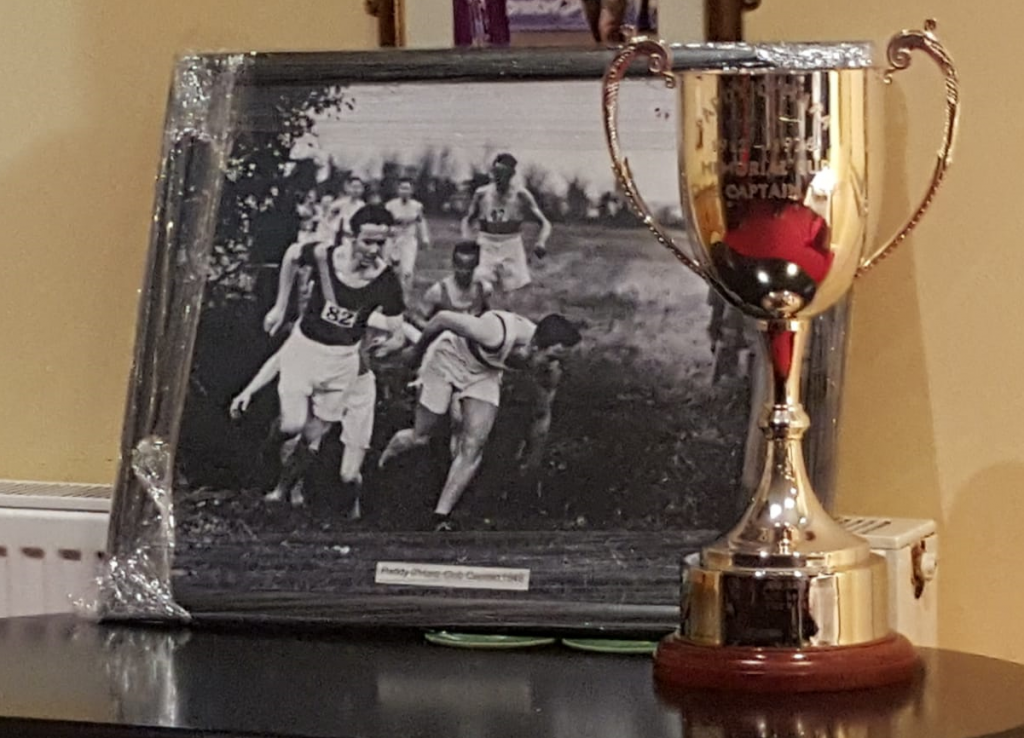